Brisbane Lions will remain in Melbourne until at least Monday as the AFL and state governments closely monitor Queensland‘s unfolding Covid-19 situation.

The Lions have been stuck in isolation in Victoria since Friday night’s controversial one-point loss to Geelong.

Brisbane are scheduled to host Collingwood at the Gabba on Thursday night, however, that round-three match could be moved to the MCG or Marvel Stadium if positive cases in Queensland rise further.

The Lions were expected to fly home on Sunday but were ordered to remain in Victoria by the AFL after discussions with health experts.

There are concerns after one Brisbane man who tested positive hosted a gathering while he was awaiting his test result, despite instructions to self-isolate. 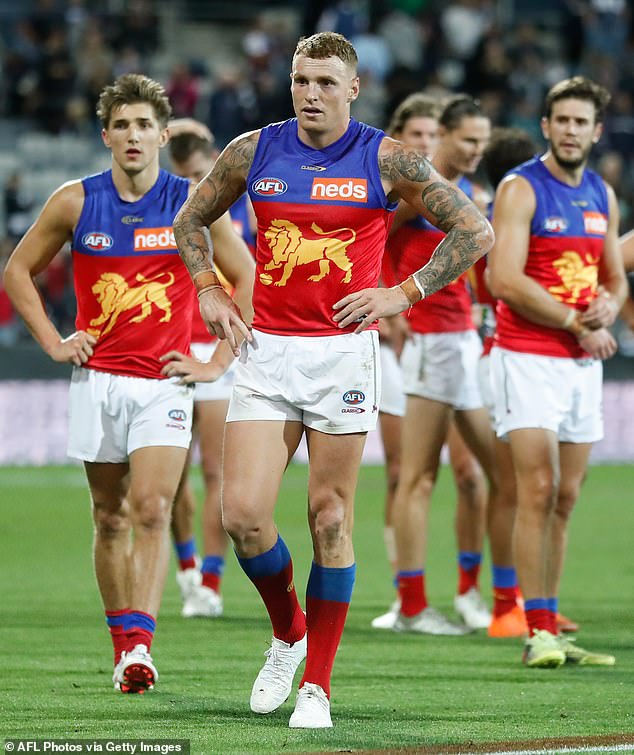 Queensland health initially declared the man had mingled with 25 people while infectious, but authorities on Sunday said they had been given false information and the number was actually only five.

The Lions are scrambling to find training and recovery facilities in Melbourne after the playing group returned negative Covid-19 test results.

Lions ruckman Oscar McInerney needs to undergo a scan after injuring his ankle against the Cats and was subbed off in the last quarter.

The Lions’ AFLW team played in Melbourne on Saturday and flew home to Brisbane as planned on Sunday.

They are preparing for an AFLW finals campaign and will not know whether they are required to play next week until Sunday’s Adelaide-Collingwood match is complete.

Victorian health minister Martin Foley said the state government was working closely with the AFL to determine how the season continues.

‘We’re working closely with the AFL to make sure their Covid safe plans continue to be in place,’ he told reporters on Sunday.

‘That gives our public health officials enough confidence that the AFL, who really got through such a challenging year last year, know what they’re doing.’ 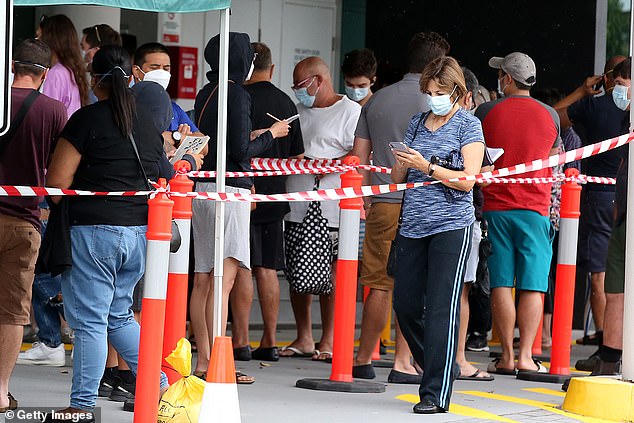 There are concerns after one Brisbane man who tested positive hosted a gathering while he was awaiting his test result, despite instructions to self-isolate (stock image)

While Brisbane’s teams are the only ones affected by the outbreak so far, Gold Coast coach Stuart Dew on Saturday night said his team was prepared to leave Queensland if required to continue the AFL season.

The Suns are braced for the possibility despite the Gold Coast not currently being deemed a Covid-19 risk area.

‘Bags are packed by the front door as far as we’re concerned (and) whatever’s needed, we’ll push on,’ Dew said after the Suns’ win over North Melbourne at Metricon Stadium.

‘I think the whole AFL have shown what they coped with last year.’

The Suns are scheduled to play an away match against Adelaide on Friday night.

Kangaroos coach David Noble did not expect any major hurdles for his side returning home to Victoria on Sunday after their Gold Coast trip.

‘We might have to get tested again this week but I think that’s just going to be the standard,’ Noble said.