Andy Murray ‘has an INCREDIBLE chance’ of doing well in this summer’s grasscourt season, says close confidant Mark Petchey… despite Scot choosing to miss French Open due to concerns of hip ‘soreness’

Andy Murray still has an excellent chance of doing well in the forthcoming grass court season, according to one of the team that has been working with him recently.

Instead of playing the French Open, Murray has been spending time at the All England Club preparing to come back next week at the Nottingham Challenger.

Among those on court with him as an addition to his support group has been Mark Petchey, who has now switched to working for ITV’s coverage Roland Garros. 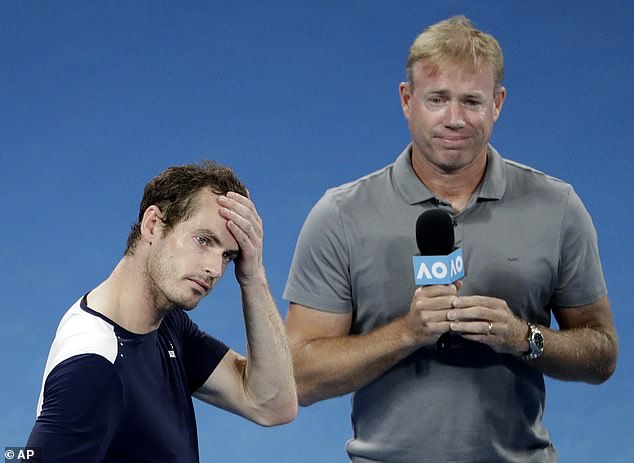 The former British player, and the Scot’s full-time coach early in his career, gave a generally upbeat progress report which also had a note of caution.

‘The way I have seen him hit the ball, he has got an incredible chance of doing very well,’ said Petchey of the forthcoming tournaments.

‘Obviously the one thing that he doesn’t have which is the big unknown is matches, and obviously this is a sport where you’ve got to play back to back to back days.

‘Football you may come in and play midweek and a game on Saturday, tennis is pretty brutal from that point of view, in that you’ve got to go in and got to play four or five days in a row, and that’s not something that Andy has been doing.

‘So a big unknown, but if anyone can do it he can.’ 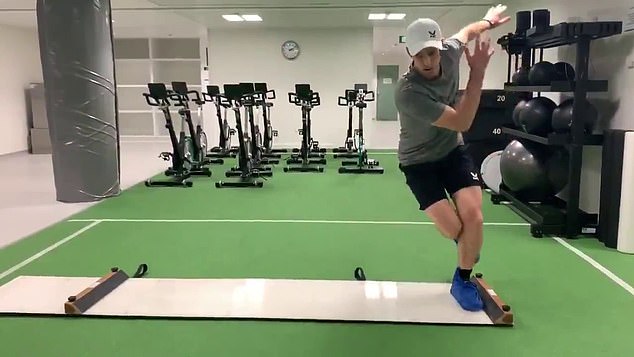 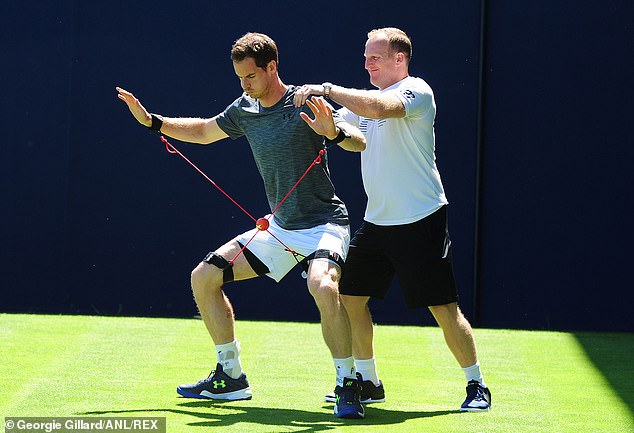 Murray wanted to play the clay, but after two doubles matches at the Italian Open in Rome earlier this month aborted plans to enter pre-French Open tournaments due to soreness, and concentrated on the grass.

Petchey insisted that despite having a metal hip the Scot was still determined to compete in singles at the highest level.

‘At this stage of his career it’s still all or nothing. His mentality is very much that if I can get myself fit enough I can get out there and play with the elite players in the world on a singles court, that’s what his mentality is at the moment.

‘Obviously there is a little bit surrounding him in terms of how much he can do and hopefully he can do everything he wants to do, but that will ultimately be his call.’