A cool customer! Arctic yachtswoman gets VERY close to a curious polar bear as it tries to clamber onto her boat

An Arctic yachtswoman got very close to a curious polar bear as it tried to clamber onto her boat.

The bear was so fascinated by the boat that it abandoned a walrus carcass it was eating to investigate the vessel.

The ship’s captain sent the bear on its way by touching it lightly on the nose.

The moment was captured by photographer Franco Banfi at Svalbard, who was on board the boat in the Norwegian Arctic at the time. 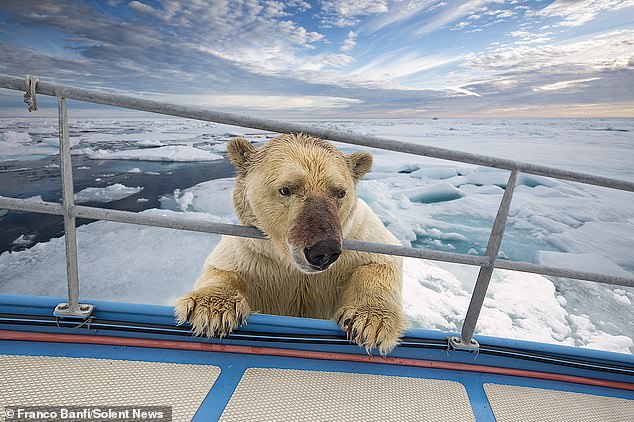 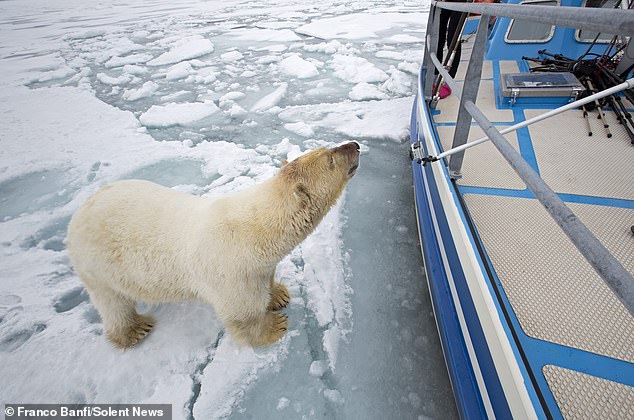 Banfi, from Lugano, Switzerland, said the encounter began with the bear watching the boat from ‘around 20 meters away’.

‘At one point he came close to trying [to] climb on the boat, so the captain had to convince him not to come on board by gently tapping the nose of the bear.

The amazing pictures show the polar bear with its prey as well as the animal poking around the boat. 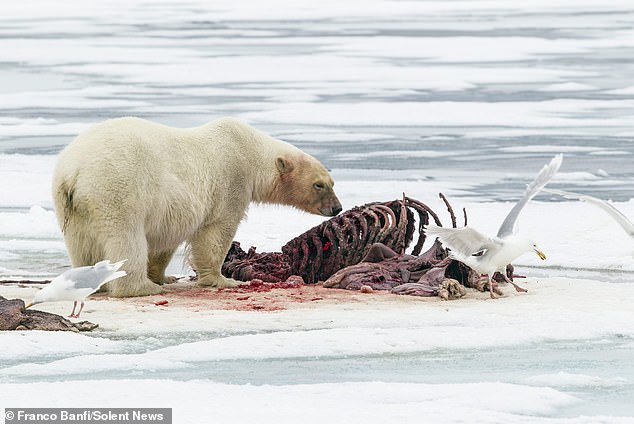 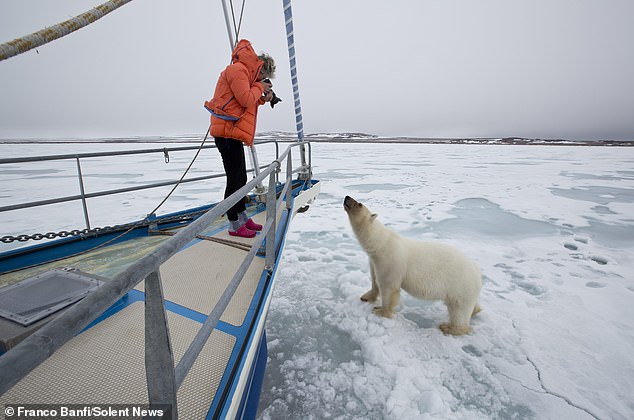 Passengers got remarkably close to the large bear, which came over to try and get onto the ship 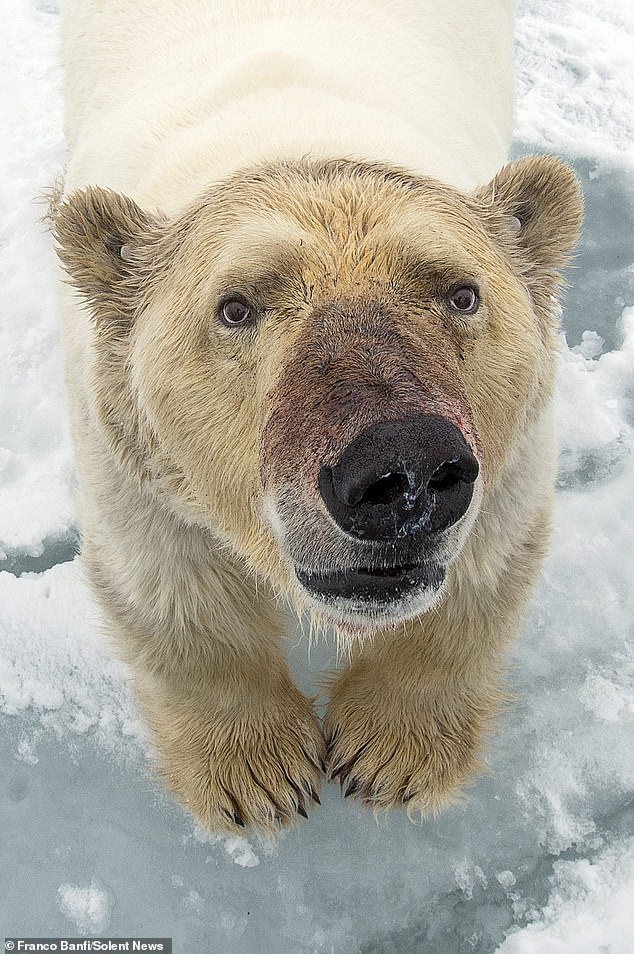 A close-up of the polar bear, taken from the ship as the curious creature explored

Banfi said the boat had been ‘cruising around the Svalbard to see the animals that live there’ including walruses, arctic foxes and birds but they were especially keen to see polar bears.

‘Polar bears are very special,’ the 62-year-old father of two said. ‘They can be cut, but they can also kill a person if they are hungry.

‘They have a difficult life in the Arctic with months of darkness and severely cold winds.

‘The whole experience was very intense and fulfilling – a once in a lifetime experience’. 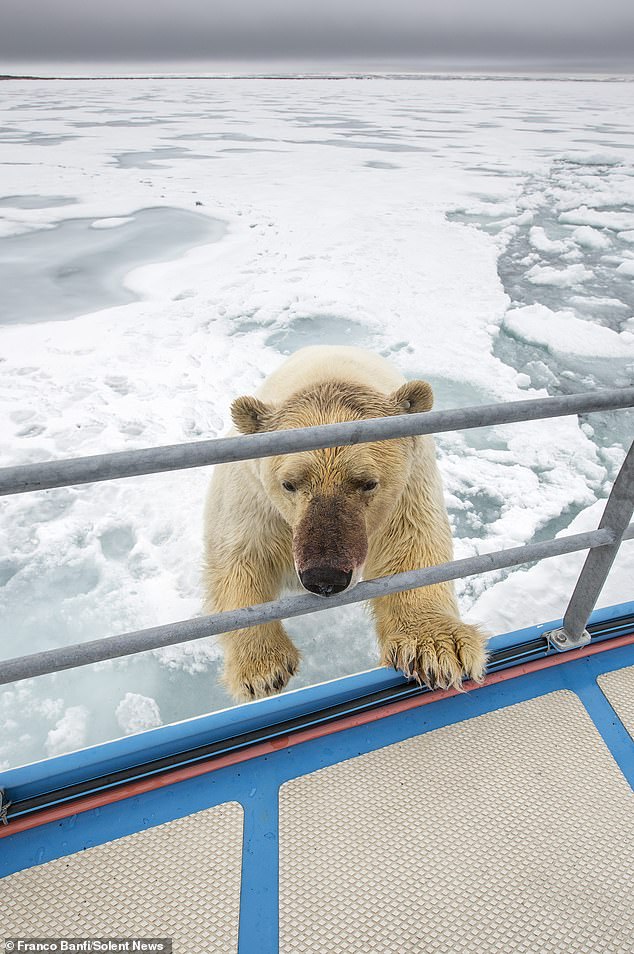 The bear tried to climb onto the ship but was deterred by the captain. Photographer Franco Banfi said that while the animals are cute they can also kill humans if they are hungry 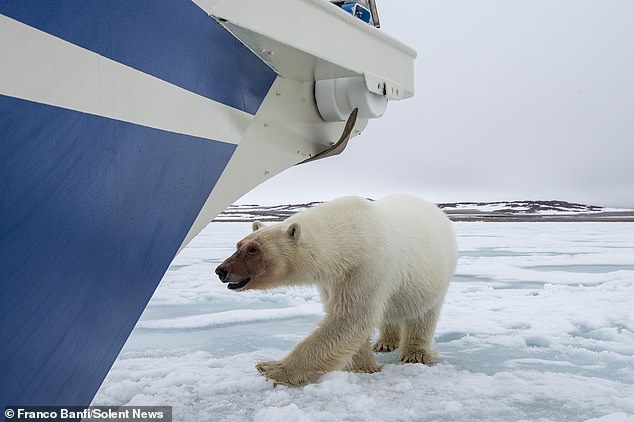 Those on the boat were keen to see the wildlife in the area, including and especially polar bears 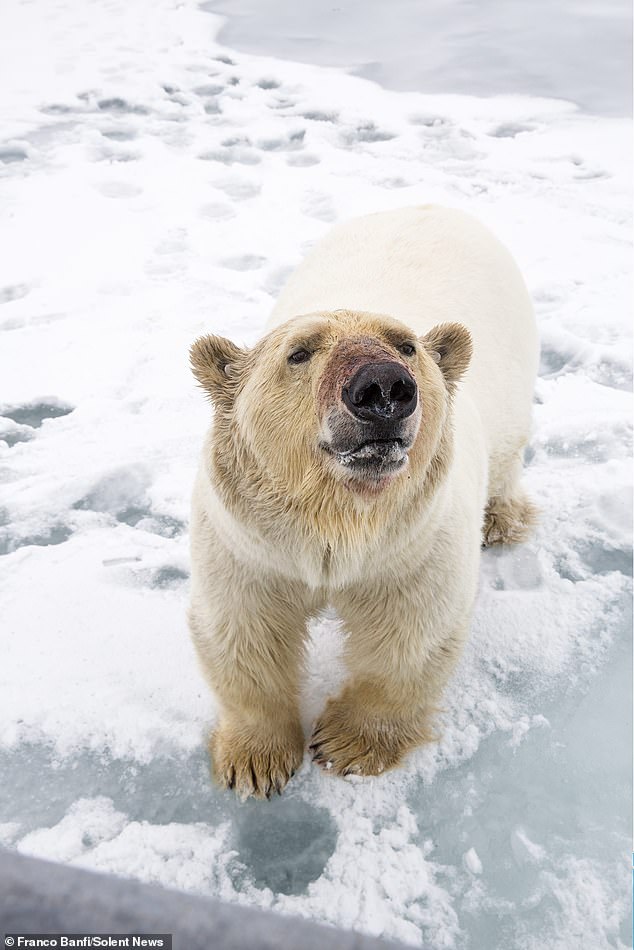 The encounter happened in Svalbard in the Norwegian Arctic and was a ‘once in a lifetime’ experience, photographer Banfi said