Xavi Hernandez believes ‘good friend’ Joan Laporta will bring success back to Barcelona on and off the pitch after being re-elected as president.

The legendary former Spain midfielder has revealed he is in contact with Laporta, fuelling suggestions the pair could reunite at the Nou Camp with Xavi brought back as manager. 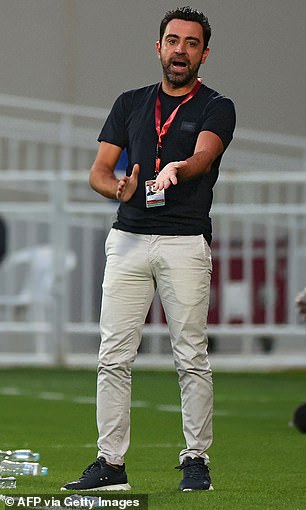 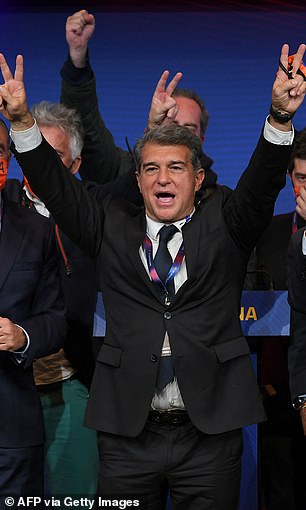 ‘He is the best president I have ever had. Barca will return both in terms of sporting and economic results.

‘There are problems to solve but you can do it all. I wish him well. I am in contact with him and I am very happy.’

Laporta’s former rival for the presidency, Victor Font, was keen to make a Xavi return central to his plans. Instead, Laporta dominated the voting.

Xavi is currently in charge at Al Saad and has won four trophies as manager of the Qatari side. 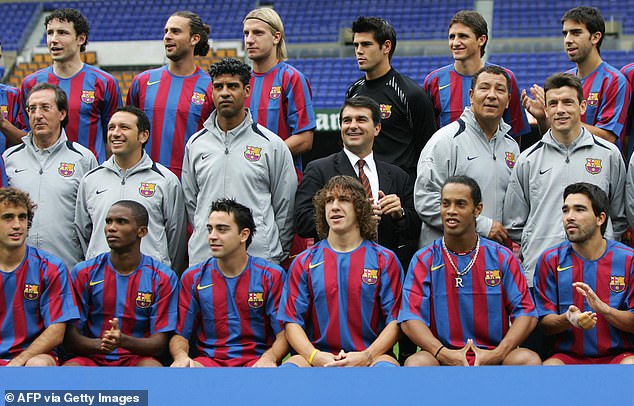 Laporta and Xavi have a close relationship – the former’s first spell as president was between 2003 and 2010 when Xavi was club captain.

The 41-year-old is seen as a future Barcelona manager in the mould of Pep Guardiola and Laporta refused to play down the possibility in a recent interview.

Speaking to RAC1 last month, Laporta said: ‘We call each other often. In my project, I think that in the short, medium or long-term, he can coach Barcelona because he wants to.

‘But he needs a little more preparation. The club requires experience. It’s the same as we did with Rijkaard, who laid the foundations, and Pep Guardiola, who brought excellence. 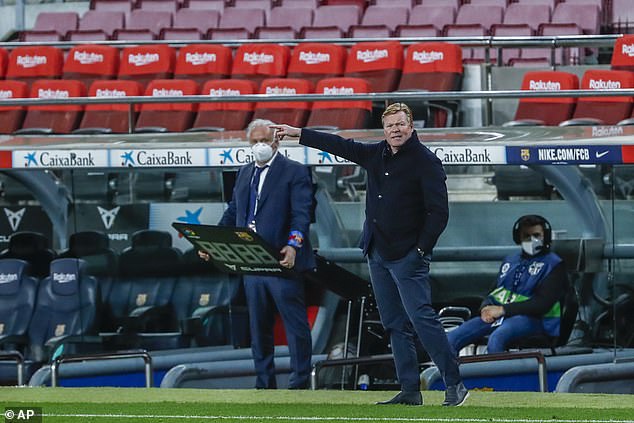 While their contact has talked up a return for Xavi as boss, Laporta last month said he would respect the position of Ronald Koeman (pictured) with Barca four points off the top of LaLiga

‘First of all, we have to respect (Ronald) Koeman, who has a contract. He’s a Barcelona great and deserves all our respect, although results and performances count. The current situation requires experience.’

A 4-1 win over Huesca on Sunday takes Barcelona, who are finalists in the Copa del Rey, within four points of LaLiga leaders Atletico Madrid after 27 games.

Koeman’s side are the top scorers in LaLiga and have rallied after making a dismal start to the 2020-21 season.