A much-loved pooch has reunited with his family eight years after he went missing.

Watson had not been seen since he vanished from his owner’s Perth home in August 2012, but earlier this week the ‘little fighter’ finally made it home.

The deaf and blind Shih Tzu was taken to the Hammond Park Veterinary Clinic after being found by a woman abandoned on the side of a road in the scorching 41C degree heat.

Watson (pictured) had not been seen since he vanished from his owner’s Perth home in August 2012, but earlier this week the ‘little fighter’ finally made it home.

Vet staff were then able to track down Watson’s owners by scanning his microchip.

‘He never gave up, and he made it home. What a little fighter!’ His owner Sheri Yeoman posted on Facebook.

After the teary reunion, Sheri and the rest of the family took Watson to his old park where he used to play.

‘He was very excited to feel the grass and had the most delightful roll around, topped off with a few little barks to announce his return. Very cute indeed! It was such a special moment to witness,’ she said.

‘We are so grateful that we have our Watson back after so long, but in complete shock at the condition of him.’

The adorable dog was severely dehydrated, suffering a heart murmur and had ear, skin and eye infections. 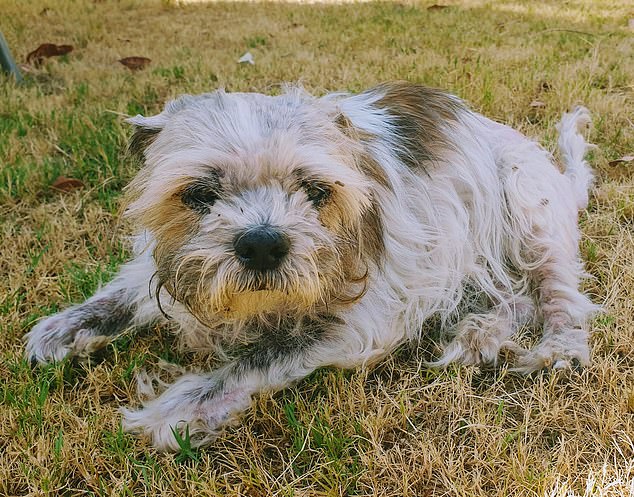 After the teary reunion, Watson family to him to his old park where he used to play

Watson is also battling arthritis and trauma to his lower back and legs, as well as a massive tooth abscess.

But it’s a lump tumour in his ear that has vets most concerned.

They told Ms Yeoman the 13-year-old dog likely only has about six months left to live if he undergoes costly surgery.

Ms Yeoman said she is determined to make his last few months as comfortable as possible.

A Gofundme page set up for the pooch has already raised close to $5000 with support from dog-lovers flooding in from right across Australia. 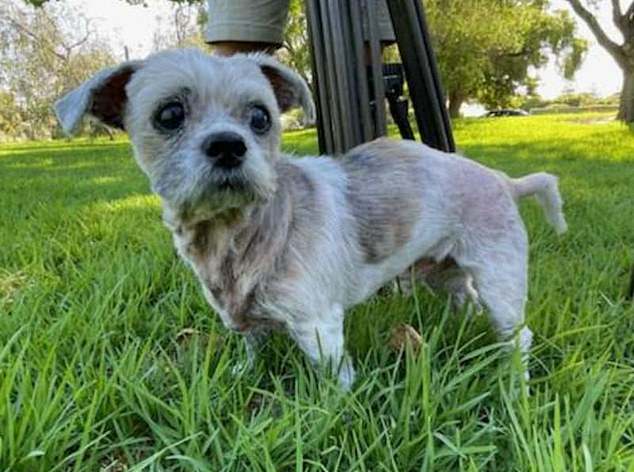 It’s not known what happened to Watson during the past eight years, but the family said they suspect he was stolen and living in a neglectful household.

‘We were absolutely distraught, devastated and heartbroken,’ Ms Yeoman said.

‘We undertook a massive search; door knocking, social media posts, newspaper adverts, calling and emailing every vet & pound in the metro area, posters everywhere and a 15,000 flyer distribution in our area – twice!’

Now that they finally have him back, they plan to make every moment count.