Bill Shorten has revealed his 11-year-old daughter discovered he was being trolled by anti-vaxxers when she looked at his Instagram account on his phone.

Mr Shorten called on social media companies to stop the ‘pain and anguish’ caused by anonymous trolls after Barnaby Joyce revealed his daughter Bridgette had been subjected to false allegations that she had an affair with John Barilaro. 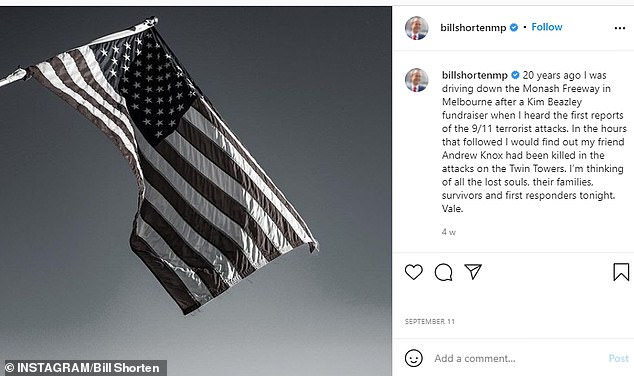 In an opinion piece first published in the West Australian newspaper, he described being ‘constantly shocked’ by online trolling and explained how his daughter discovered abusive comments last month.

‘A few weeks ago, my daughter was looking at my Instagram page on my phone when she alerted me to a series of comments on a post from some time back,’ he wrote.

Mr Shorten said the post was a tribute to the victims of the 9/11 terror attack which claimed the life of his friend Andrew Knox.

‘What my 11-year-old daughter came across though was hundreds of new comments that were part of a co-ordinated message bombing of my account by anti-vaxxers because of comments I had made about the recent Melbourne protests,’ he said.

‘This was not the run-of-the-mill trolling that I block, delete or ignore on a daily basis. This was hardcore. None of it is policed and anything goes. It’s the wild, wild west.’ 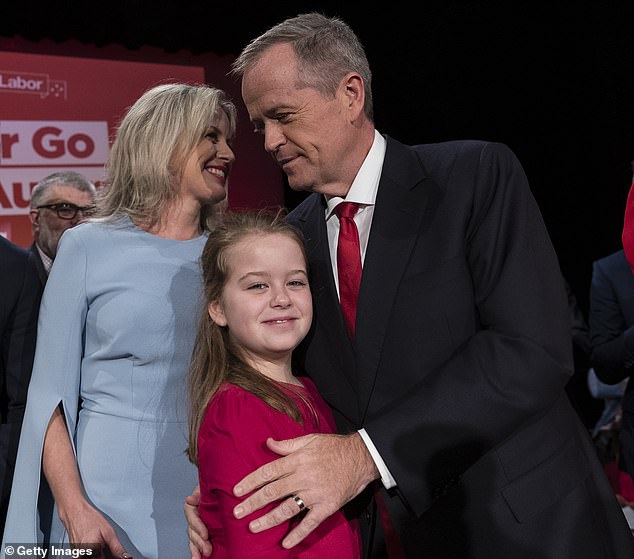 Bill shorten gives his daughter Clementine a kiss on stage with his wife Chloe at a 2019 Federal election volunteer rally in Burwood, Sydney

Mr Shorten, who led Labor to two election defeats in 2016 and 2019, said he lets his daughter look at his Instagram account because it’s ‘far safer’ than letting her have her own phone or account.

He said he agreed with Scott Morrison who last week called social media a ‘coward’s palace’ after Mr Joyce revealed he’s been upset by false allegations on Twitter and Facebook that Mr Barilaro resigned on Sunday because he was in a relationship with 25-year-old Bridgette who has worked for him since February.

Mr Morrison backed up Mr Joyce and said he would be taking action to stop social media companies allowing defamatory comments by anonymous trolls who can’t be held accountable.

‘I will pick up and add my voice to Barnaby’s,’ he said in a press conference on Thursday.

‘Cowards who go anonymously on social media and vilify people, and harass them, and bully them, and engage in defamatory statements, they need to be responsible for what they’re saying.

‘Social media has become a coward’s palace where people can go on there, not say who they are, destroy people’s lives, and say the most foul and offensive things to people, and do so with impunity.

‘Now that’s not a free country where that happens. That’s not right.’ 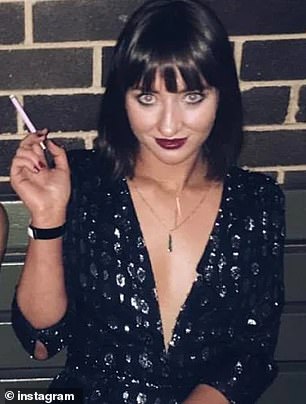 Mr Morrison threatened to change the law to brand social media companies as publishers which would make them legally responsible for all comments posted by users.

‘I think that we now have companies that make billions of dollars and people who profess to be multiple billionaires, but they don’t own responsibility for what’s happening on their platforms,’ he told ABC Radio National.

‘I think, yes. And from my own personal experience of recent times, you have got to get to a point where you say enough is enough.’

The Deputy Prime Minister said he had been asked to comment on the false allegation his daughter was having an affair by local media after it circulated online.