The Irwins’ financial HELL: Bindi reveals how Australia Zoo was almost on the brink of collapse when they shut for 78 days during the pandemic but were still paying $80,000 a week on food for the animals

Bindi Irwin has candidly spoken out about the struggles her family faced during 2020 in an emotional statement.

On Thursday, the pregnant 22-year-old revealed how the clan’s iconic Australia Zoo was on the brink of collapse this year after they were forced to close their doors for 78 days mid-pandemic.

Bindi confirmed the zoo spends ‘$80,000 a week’ alone to feed their animals, many that arrived at their Wildlife Hospital early in the year due to the raging bushfires across Australia.

Nightmare year: Bindi Irwin has candidly spoken out about the struggles her family have faced in 2021 in an emotional statement online. Pictured: Bindi with brother Robert and mother Terri, who celebrated 50 years of Australia Zoo this year

‘Words seem to fall short when trying to describe this year,’ Bindi wrote alongside a picture with her mum Terri and brother Robert, who were celebrating 50 years since the zoo opened this year.

‘For us, this year was filled with both tremendous joy and heartbreaking loss.’

After saying that their Wildlife Hospital was the ‘busiest it’s ever been’ due to the fires, she added: ‘ We worked hard to send support to the front lines of destruction.

‘We have now treated over 100,000 patients since our Australia Zoo Wildlife Hospital opened.’ 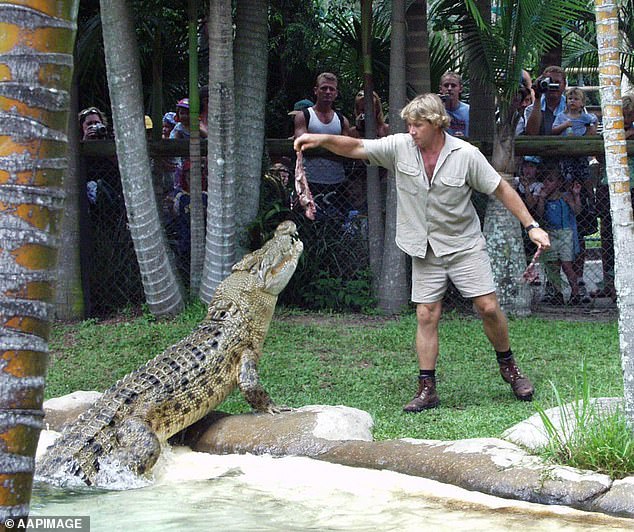 Nightmare: The pregnant 22-year-old revealed on Thursday how Australia Zoo were almost forced to shut down after they had to close doors for 78 days due to the pandemic, and had no income to pay the substantial bills. Pictured: The late Steve Irwin in 2002 at the iconic zoo

She added that 2020 was the first time in history the family have had to close their gates to guests, adding: ‘Every moment of every day the question of when or if we would recover burned in the back of our minds.

‘Our animal food bills alone are about $80,000 per week and we spent our days trying to keep our team and family of animals safe.’

Terri had previously said during an episode of ‘Crikey! It’s the Irwins’ that the Sunshine Coast zoo also spends a whopping $400,000 per week on wages.

But in her post on Wednesday, Bindi positively continued: ‘However, we were reminded that there is always hope on the horizon. 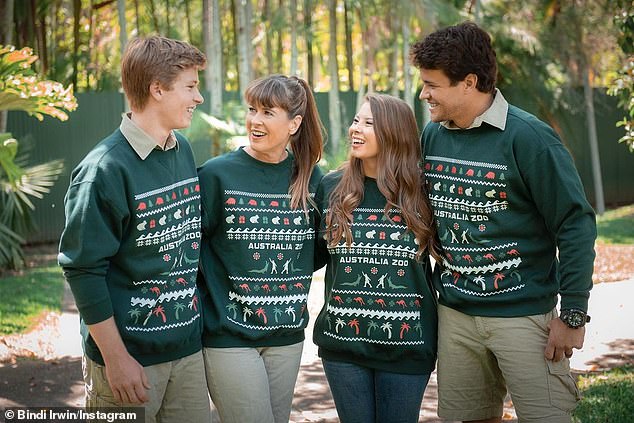 Staggering: Terri previously said during an episode of ‘Crikey! It’s the Irwins’ that the Sunshine Coast zoo also spends a whopping $400,000 per week on wages

‘Things turned around in Australia and we were able to open our doors once again to people needing a safe haven of gardens and wildlife.’

She also gushed about her marriage to Chandler Powell in March, adding that the pair are now ‘patiently waiting’ for their little girl to arrive before branding her ‘the light of out lives’.

‘I hope this next year brings some peace and we find a way to come together as a society.’ she signed off.

‘Please remember to be kind to one another and find happiness in even the smallest of things. Thank you for your amazing support and I’ll see you in 2021.’ 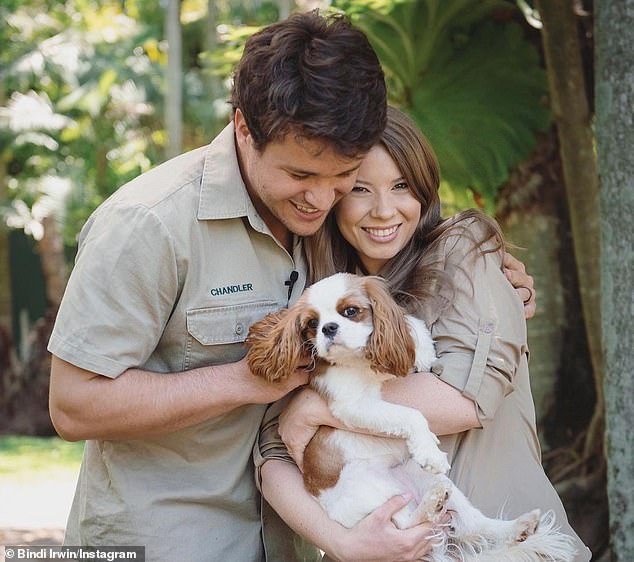 Another addition to the family: Bindi and her husband Chandler Powell are set to welcome their first child next year