Diego Simeone ‘trusts the team’ he has despite Atletico Madrid’s toothless display in defeat to Chelsea… with boss issuing rallying cry to ‘work, work, work’ to escape ‘difficult moment’ and turn Champions League last-16 tie around at Stamford Bridge

Diego Simeone refused to turn on his players and said he still retains ‘trust’ in them to turn their last-16 tie against Chelsea around, despite a first-leg defeat in Bucharest.

Olivier Giroud got the only goal of the game to give Chelsea a precious advantage heading into the return leg at Stamford Bridge.

Atletico have wobbled in LaLiga of late and that crossed into Europe with Tuesday night’s defeat in Bucharest, the host venue with the match unable to go ahead in Spain, but Simeone is still refusing to hit the panic button. 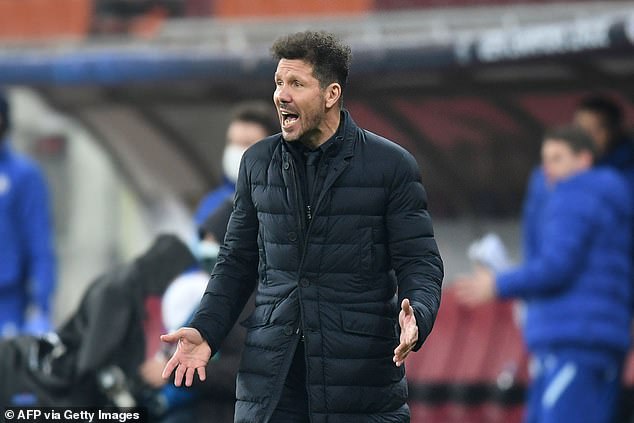 ‘Looking three weeks ahead is too far,’ Simeone said.

‘We have a lot of games until then. We’ll be playing against an opponent with speed and will need to be able to stop it, to deal with forwards like Giroud and other powerful players.

‘We need to have more of the ball and position ourselves better in attack. We’ll work on it, but we also have an important game against Villarreal. 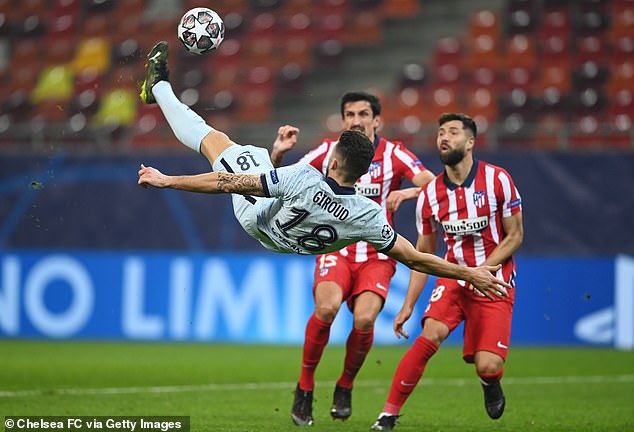 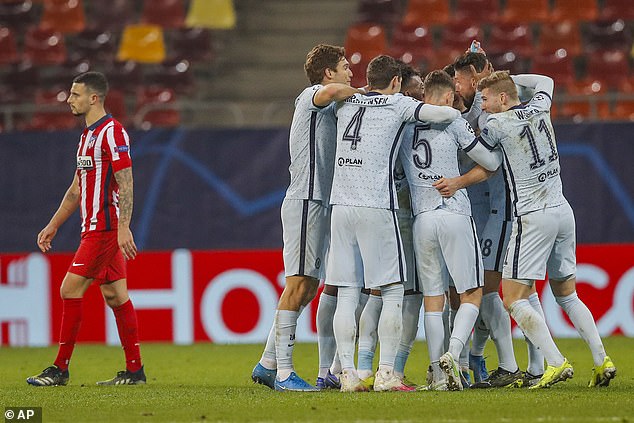 ‘Work, work, work. I trust the team we have. If we were in the month of September and they told me we’ve lost but we’re still leading, I’d sign for it.’

Atletico face a defining period of their season as they must now try to shake their bad form in a bid to protect their No 1 status in LaLiga.

Simeone’s side are three points clear of rivals Real Madrid and they will meet in a derby at the Wanda Metropolitano in two games time, after Atletico travel to play Unai Emery’s Villarreal. 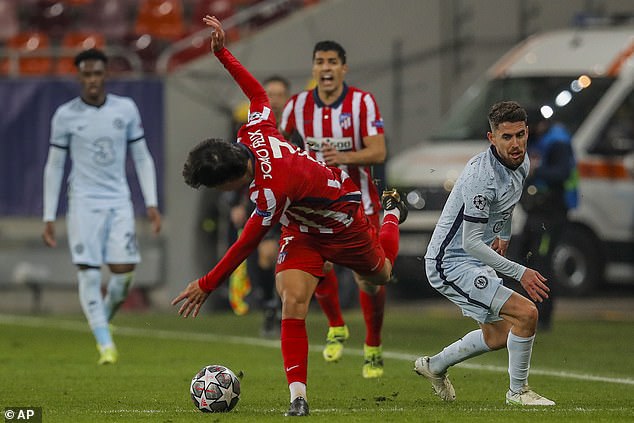 Atletico have now won just one of their last four matches in all competitions and Simeone accepts his side are in a testing situation.

‘We are in a difficult moment, it is the reality,’ he added.

‘More based on the results than what happened on the field. We have to occupy ourselves, work and improve.

‘At the moment, the game is difficult. They have an advantage, but I trust my team.’