Charlie Puth was spotted going for a post-workout stroll in Santa Monica on Thursday afternoon.

The 29-year-old hitmaker appeared to be chatting with a friend as he pounded the pavement after finishing up at a local gym.

And his impressive gains were on full display as he took in all the rays that the shining California sun had to offer. 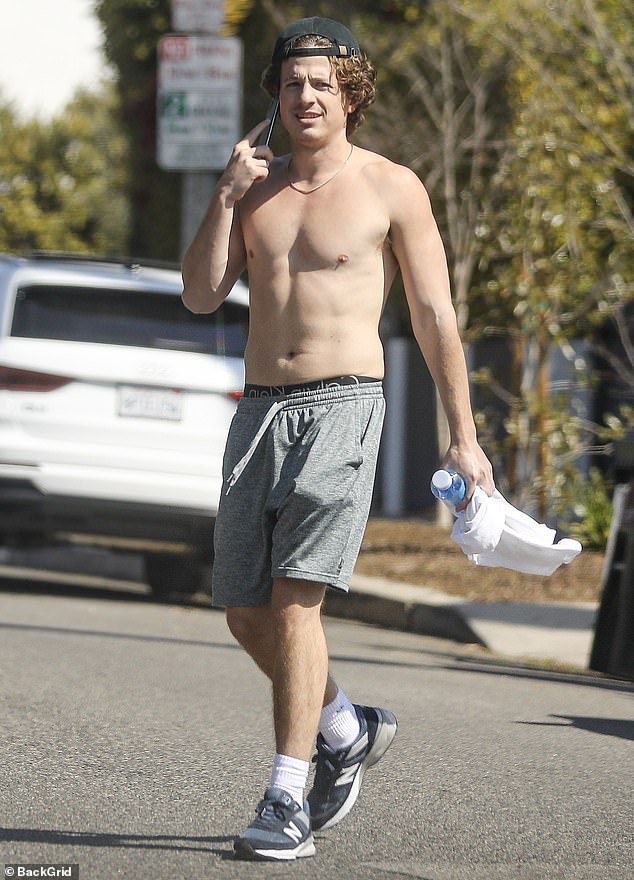 Looking good! Charlie Puth was spotted going for a post-workout stroll in Santa Monica on Thursday afternoon after he announced that he was working on new music

The musician’s stroll comes just hours after he took to his Twitter account to announce that he is currently working on new music.

Puth went shirtless during the walk and showed off his toned figure; he carried a white t-shirt in his left hand.

The See You Again singer was also seen wearing a pair of loose-fitting gray athletic shorts, which rose to just above his knee.

The vocalist tied off his look with a pair of lowered white socks and multicolored New Balance trainers.

Puth covered up much of his curly light brown hair with a cap and wore a single necklace during his trip to the gym. 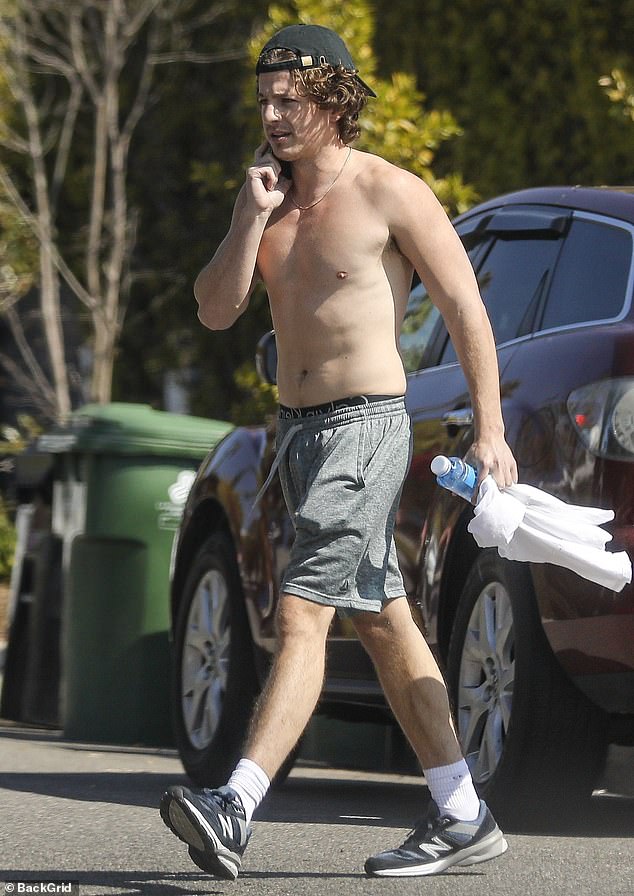 Appropriate attire: The hitmaker wore a pair of gray athletic shorts, as well as white socks and multicolored athletic trainers during his trip to the gym

The songwriter is also active on Instagram, where he occasionally shares snaps to show off his impressively toned body.

Last month, the Hard On Yourself singer posted a duo of photos to his account that showed his reflection in a large window.

Puth’s toned torso was on full display in both of the snaps, as were both of his sculpted arms, one of which he stretched out for the second shot.

The musician wrote a short message in the post’s caption that read, ‘Like a BOY!!!’ 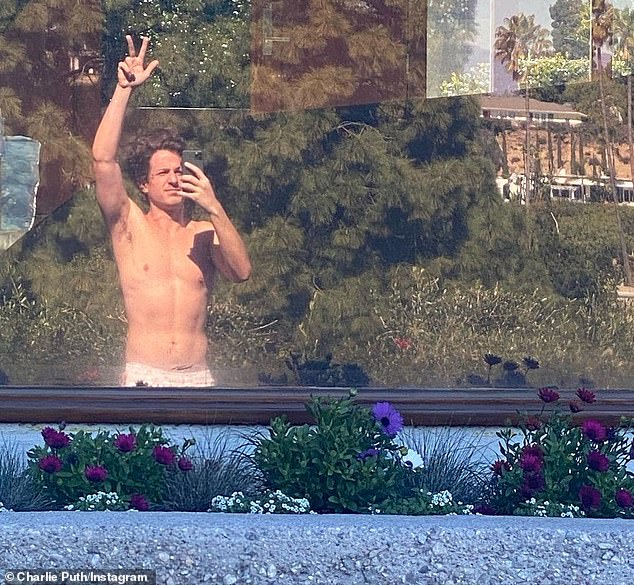 Looking good! The songwriter occasionally takes to his Instagram account to share snaps of his toned body, with the most recent ones being posted late last month

Puth’s most recent album, Voicenotes, was released in 2018; the effort earned him a Grammy nomination for Best Engineered Album, Non-Classical.

Since then, he has put out numerous singles and has been featured on several tracks from other artists, including the remix of Sasha Sloan’s track Is It Just Me?

He was previously working on his third full-length album, although he remarked that he had scrapped the entire effort in January of last year, to the disappointment of many of his fans.

However, Puth took to his Twitter account earlier today to announce that he was back on track concerning his musical output and that he was happy to be back in the swing of things.

Although he did not offer specifics about his future efforts, the hitmaker’s tweet read, ‘Update: turns out I’m working on that sweeeet sweeeet melodic sauce.’

Back at it: On Thursday morning, Puth took to his Twitter account to announce that he is currently working on new music, although he did not offer any specifics 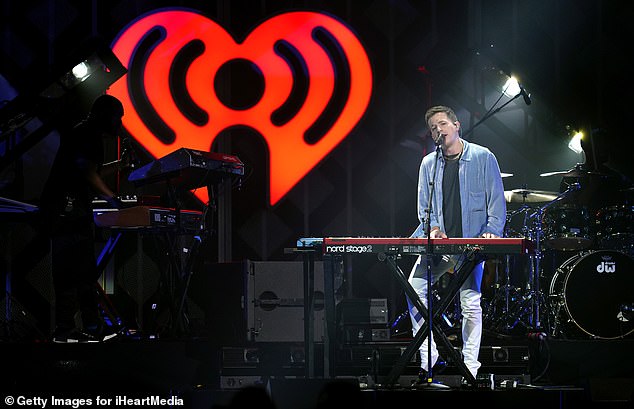 Worth the wait: The songwriter’s last full-length album was released in 2018, and he has primarily focused on putting out singles and collaborating with other artists since then; he is seen performing in 2019