A convicted child rapist has pleaded no contest to sexually assaulting and murdering two boys in California in the 1980s.

Kenneth Rasmuson, 59, is expected to be sentenced to life in prison without the possibility of parole after he did not contend committing the killings of Jeffrey Vargo and Miguel Antero.

The case had become a battleground over Los Angeles County District Attorney George Gascón’s reform policies after he intervened to bar prosecutors from seeking the death penalty. 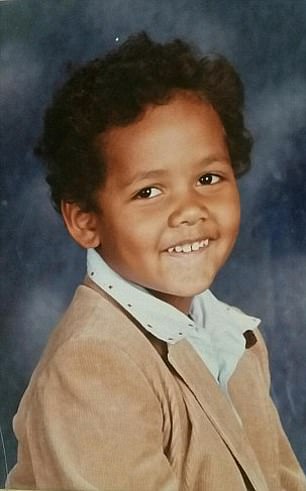 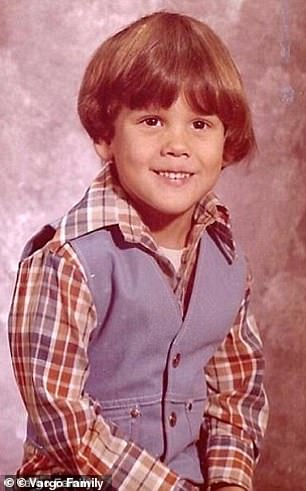 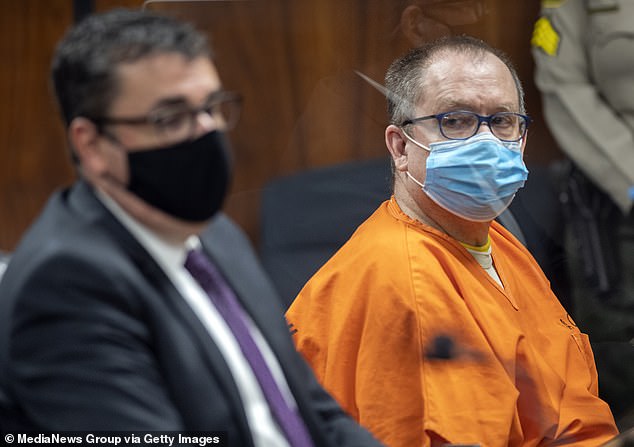 Rasmuson, who has previously spent 17 years in prison for the separate abuse of an 11-year-old boy in Santa Barbara County and a three-year-old boy in Los Angeles, was linked two the two killings by DNA in 2015.

His parents found his bicycle abandoned in an alley near a fireworks stand later that night.

The following day, two construction workers found Jeffrey’s body behind a pile of sand at a construction site about 25 miles away in Pomona, California. He had been strangled. 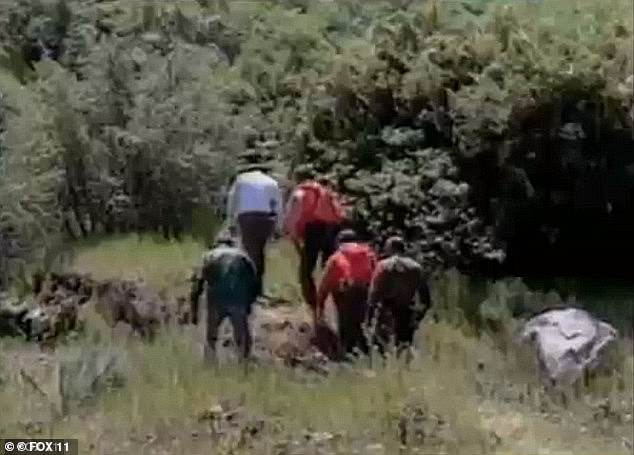 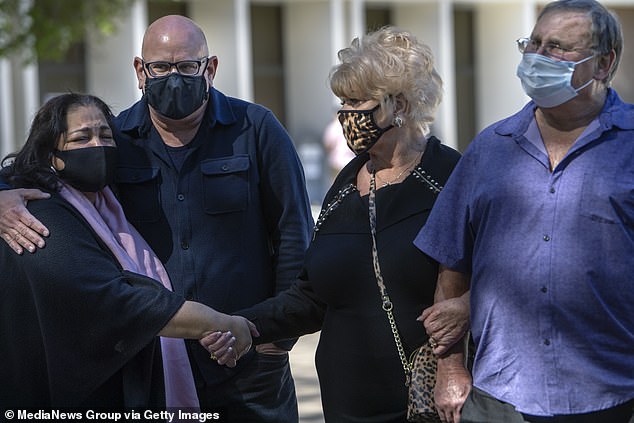 Connie Vargo (centre right), Jeffrey’s mother, said she feared Rasmuson could have been released early before the plea deal was struck

Miguel Antero, also aged six, vanished on April 8, 1986, after his school bus dropped him off near his home in Agoura Hills.

Seven hours later the ‘sweet and shy’ boy was found dead nearby, his tiny broken body covered in stab wounds.

Detectives at the time suspected Rasmuson but had insufficient evidence to charge him with the horrific crimes.

Rasmuson might never have been linked to Miguel’s murder if retired Sheriff’s Sgt. John Laurie – one of the original detectives assigned to the homicide investigation – hadn’t been watching TV at his home in Orange County.

The news show he was watching aired an item – with a mugshot – about Pomona police arresting Rasmuson in connection with Jeffrey Vargo’s murder. 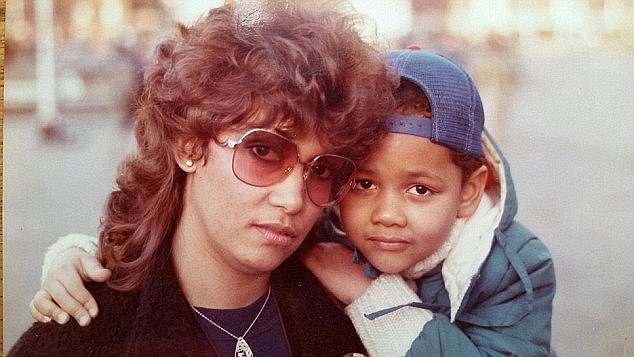 Miguel pictured with his mother Ana Bradshaw. She has had to wait almost 30 years to see someone appear in court over his death

Laurie immediately recognized the man in the mugshot as the same one who – 28 years earlier – he’d suspected of killing Miguel Antero.

But at that time, he couldn’t find enough evidence to charge Rasmuson with murder.

After the TV news show ran in 2014, Laurie called LA County Sheriff’s cold case unit and asked them to dig out the dust-covered evidence files from Miguel’s 1986 case.

‘Take it to the lab and just run it through. I’m convinced this is our suspect,’ Laurie recalled telling a trusted investigator.

He was arrested and charged with both the killings in 2015 at his home in Sandpoint, Idaho, where he was living as a registered sex offender. 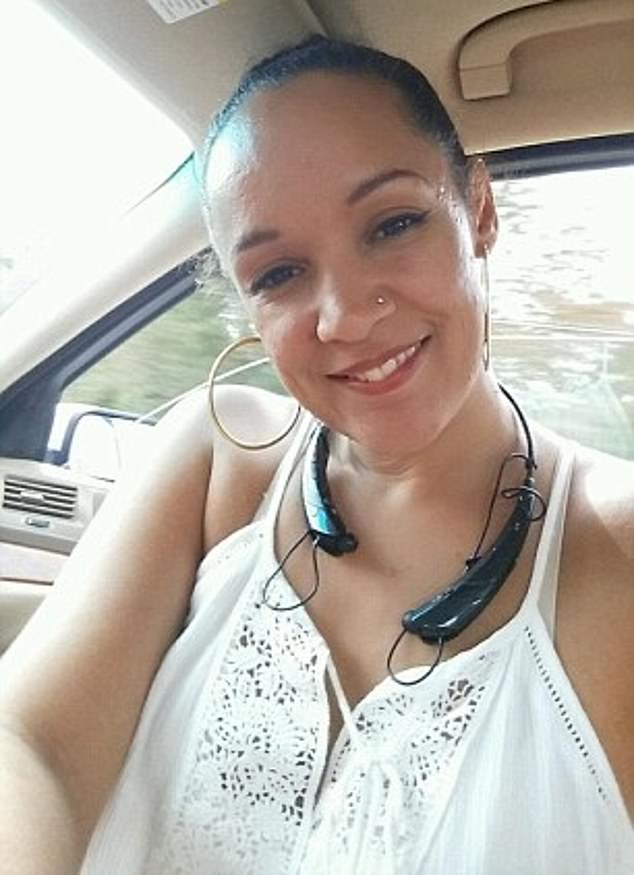 Miguel’s older sister Enid, who was 14 when he was killed, had said she wanted Rasmuson to face the death penalty 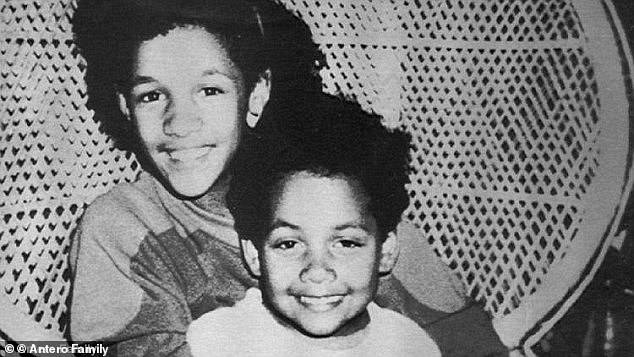 Enid, pictured with Miguel, said that nothing could bring back the little brother she should have seen growing up

But a protracted court battle has caused divisions in the Los Angeles justice system over Rasmuson’s potential punishment.

He was charged with murder with special circumstances because of the multiple killings, making him eligible for the death penalty.

But Gascón barred prosecutors from pursuing the punishment because a capital sentence could lead to decades of costly appeals with little chance of an execution.

California has not executed anyone since 2006 and there are more than 700 people on its death row. 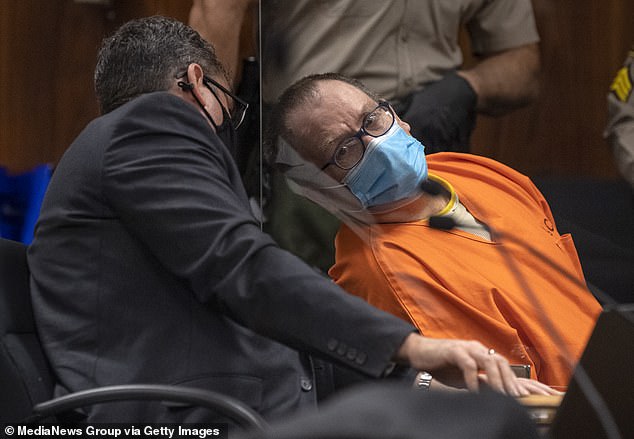 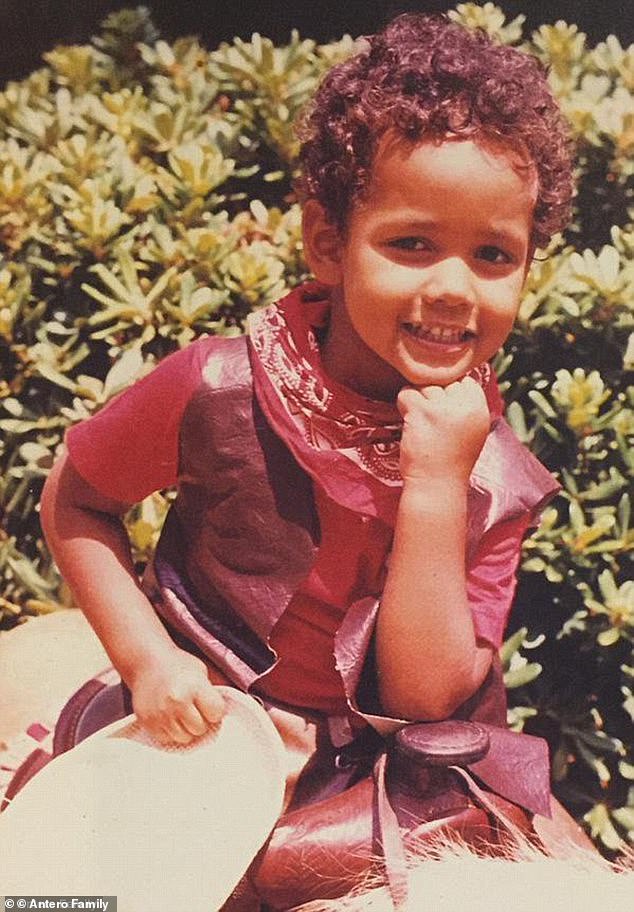 But after facing a backlash, he made exceptions for certain cases including those involving child sexual abuse.

Judges also blocked his office’s attempts to get rid of the sentencing enhancements in this case.

Orange County District Attorney Todd Spitzer offered last week to try the case in his county with special circumstances because Jeffrey was first kidnapped there.

But under the terms of the deal agreed on Monday by LA County Chief Deputy District Attorney Joseph Iniguez, Rasmuson pleaded no contest to the two killings and will be sentenced in late April.

Spitzer said he would dismiss the case in his own county once sentencing has taken place.

The case became the source of tension among prosecutors and district attorneys in California who are disputing progressive reforms in sentencing. 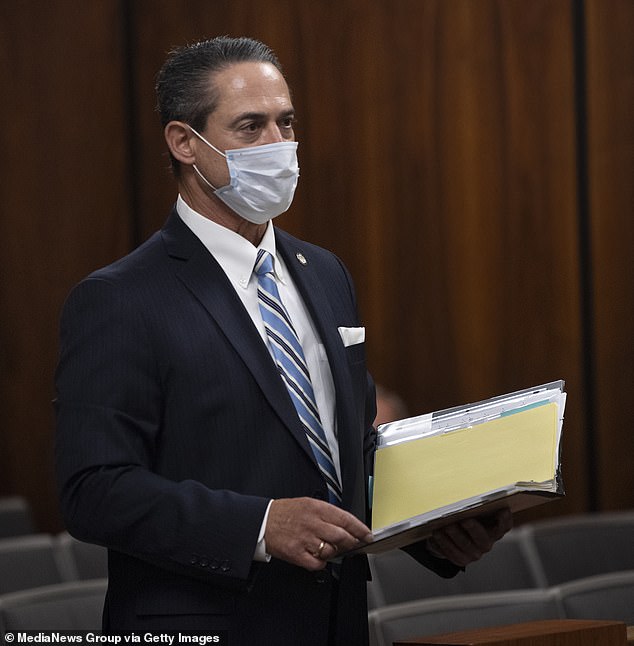 Iniguez accused Spitzer of political grandstanding with his attempt to move the case, while Spitzer said the plea deal was only reached because of the pressure brought about by his filing.

Connie Vargo, Jeffrey’s mother, said she feared Rasmuson could have been released early if Spitzer had not become involved in the case.

She said, according to the Los Angeles Times: ‘I’m afraid that the outcome might have been that they dismissed the special circumstances… which means he could have possibly gotten out in 14 or 15 years.

‘Imagine that a murderer, a child molester, a deviant to society. I’m just glad that that didn’t happen.’