All children aged 12 to 15 could start receiving coronavirus jabs in coming weeks with the federal government confident about vaccine supply.

The expert immunisation panel will on Friday brief a national cabinet meeting of state and territory leaders about expanding the rollout across that age bracket.

Education Minister Alan Tudge said he hoped approval would be granted to vaccinate 12- to 15-year-olds.

‘We’re doing one million jabs every three days. We’ve got enough vaccines, they’re coming in in the millions,’ he told ABC radio on Thursday.

He said 220,000 children in that age group with compromised immune systems, underlying health conditions or who are Indigenous had already received a jab.

Planning is underway to vaccinate children aged 12 to 15 in schools and a proposal to allow families to receive jabs at the same time is being worked on.

Unvaccinated younger people are increasingly making up a larger proportion of coronavirus cases around Australia.

Mr Tudge said there was no country in the world that had approved vaccines for children under 12.

‘While some kids are getting the virus, it doesn’t seem to cause significant illness compare to the adult population,’ he said.

Some experts have raised concerns about the lingering effects of the virus on children.

Australian Medical Association president Omar Khorshid said parents should not panic about children being exposed to the disease.

‘We don’t need to be terrified about the thought that our children might get COVID,’ he told the ABC.

‘They’re more robust than we are, they’re going to get through it more likely than we are.’

Dr Khorshid said data from the United States on vaccinating children under 12 was not expected until September to October. 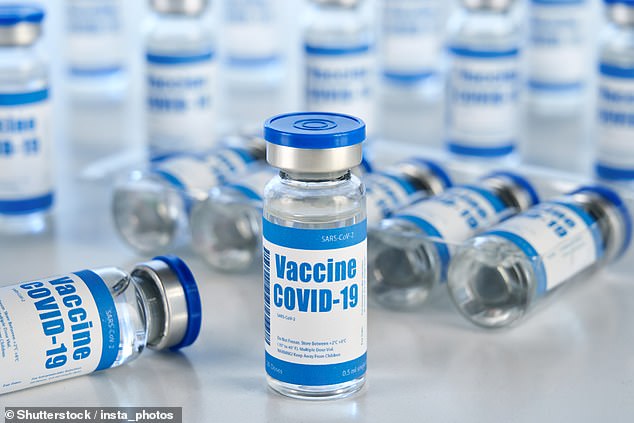 220,000 children aged 12 to 15 with compromised immune systems, underlying health conditions or who are Indigenous have already received a jab

The AMA president is urging national cabinet to ensure the health system is ready for cases to rise when the nation reopens.

‘We want the plan for opening up to look at hospital capacity and to recognise that will perhaps be the biggest constraint,’ he said.

The Australian Private Hospitals Association is urging the prime minister, premiers and chief ministers to adopt a national consistency on mandatory vaccination for hospital workers. 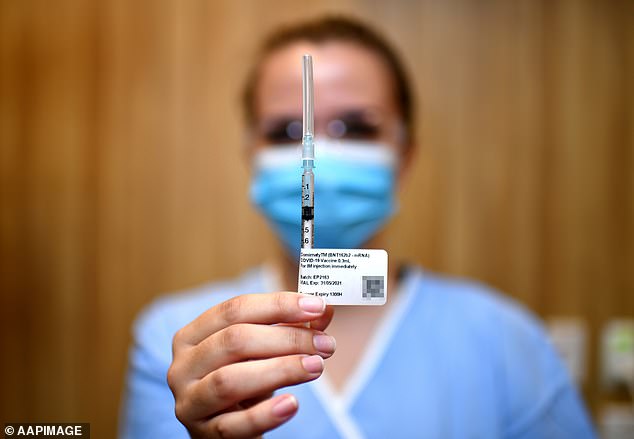 Australia has fully vaccinated 31.56 per cent of its population aged 16 and 54.37 per cent have received one jab

National cabinet will meet amid rising tensions over the national plan which links vaccine coverage to reducing lockdowns and opening borders.

NSW is in the grips of a major crisis with another record 919 cases and two deaths on Wednesday, taking the national toll to 986.

Victoria recorded 45 new cases, while there were nine in the ACT.

Australia has fully vaccinated 31.56 per cent of its population aged 16 and 54.37 per cent have received one jab.