Dad, 32, drowns trying to rescue son, 12, who was swept into the ocean at a California beach – before the boy is saved by a bystander

A Northern California father has drowned over the weekend after attempting to rescue his 12-year-old son from rough ocean conditions.

The incident that claimed the life of 32-year-old George Botelli took place at Moss Landing State Beach in Monterey County on Sunday.

Botello’s son ended up being pulled to safety by an onlooker, but his father could not be saved.

A search for Botello, of Salinas, was called off on Monday afternoon.

A helicopter is seen flying over Moss Landing State Beach in California looking for George Botello, 32, who drowned on Sunday while trying to rescue his son 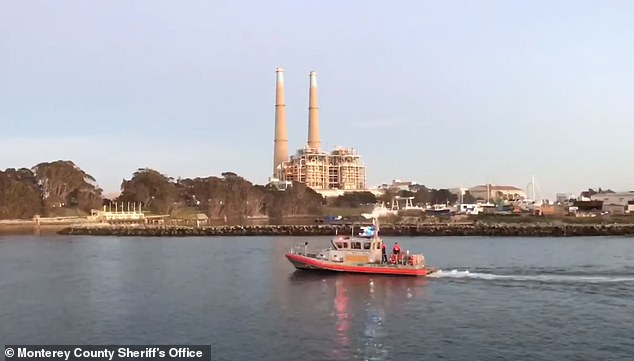 Officisls used a dive team, Jet Skis and a drone before calling off the search on Monday

Botello, his wife and son were spending time at the beach on Sunday afternoon when a wave swept the boy deeper into the ocean.

Botello managed to reach his son, but Monterey County Sheriff’s spokesman Derrell Simpson told KSBW that the man was quickly pulled out to sea.

Botello’s wife then jumped ino the water and tried to rescue her son, but after realizing the conditions were too treacherous, she floated on her back to shore.

A bystander who witnessed the tragedy unfold came to the rescue and pulled the 12-year-old boy to safety.

A lifeguard at the beach tried to reach Botello on a paddle-board and nearly succeeded, but before he had a chance to grab hold of him the father had gone under and never resurfaced again. 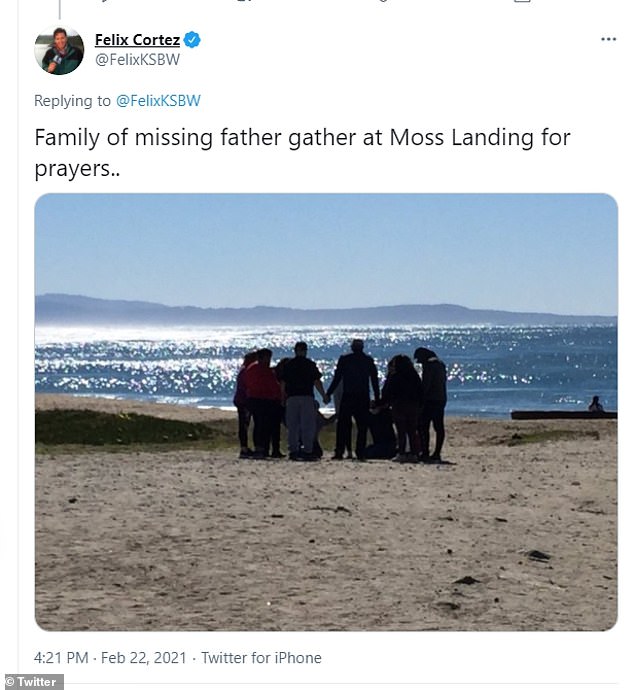 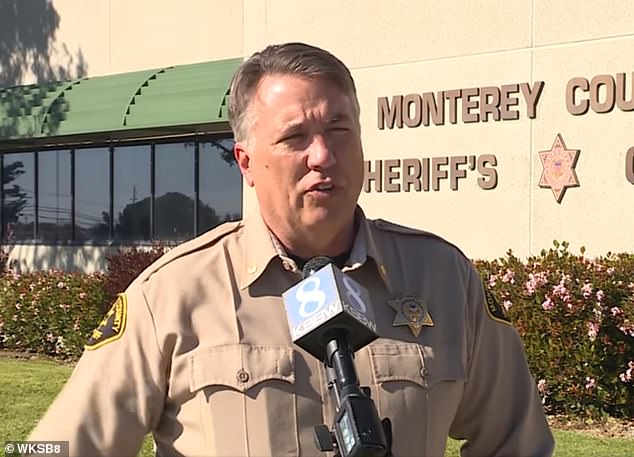 He was last sighted at around 4.30pm about 150 yards offshore.

‘The parents are to be commended; they both put themselves in harm’s way to save a child they loved and it’s a tragic accident,’ Simpson said.

Officials used a dive team, Jet Skis, a helicopter and a drone to look for Botello before the search was suspended at nightfall.

The search resumed on Monday but was called off by noon. Family were seen later that day standing in a circle on the beach and praying.