By Christine Rendon For Dailymail.com

And Diane Kruger did not shy away from showing off her massive sparkler as she enjoyed a walk with her mother Maria-Theresa Heidkrüger.

The 45-year-old dressed up her otherwise laid-back look with her stunning engagement ring as she took a stroll through the Big Apple on Thursday.

Bling bling! Diane Kruger did not shy away from showing off her massive sparkler as she enjoyed a walk with her mother Maria-Theresa Heidkrüger in New York on Thursday

Overall, Diane put comfort first when it came to her apparel.

Not only was she working wet hair, she put her natural beauty on show with hardly – if any – makeup on her complexion.

Injecting a trendy touch to the otherwise edgy look, she rocked a purple scrunchie. 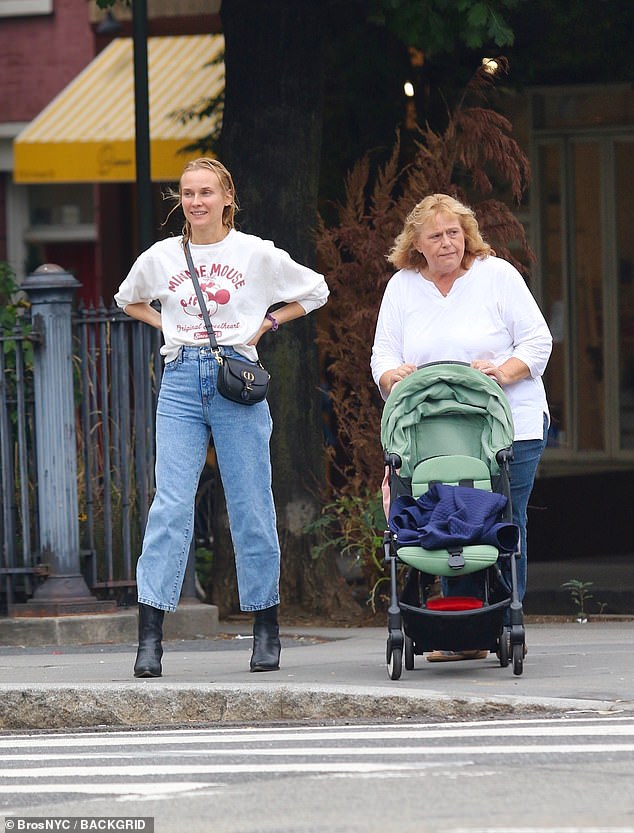 Just the girls: Kruger enjoyed a relaxed stroll with her mother

Her mother kept it casual and comfortable in a white top and jeans as she pushed an empty stroller.

Last year on International Women’s Day, Diane got candid about having to leave home at a young age as she paid tribute to her mother in a gushing post.

‘On #internationalwomensday I want to take a moment to honor my mom. I left home when I was very young, so we missed many years of bonding and becoming “friends”. 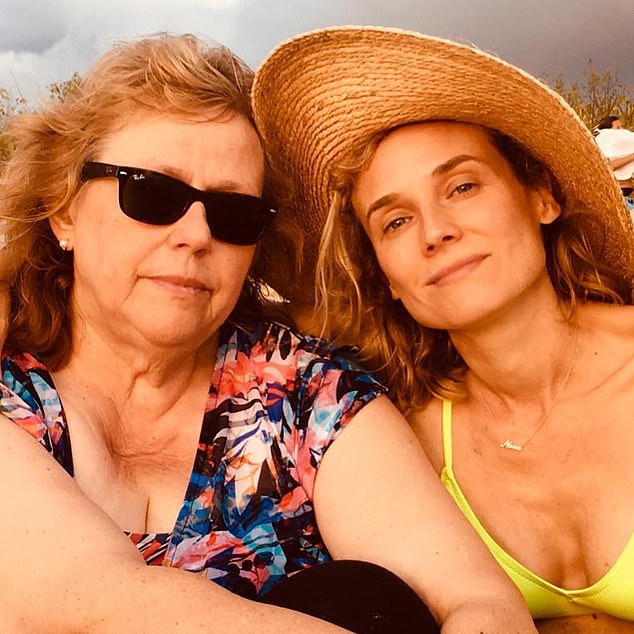 ‘My mom has become the best mother’: Last year on International Women’s Day, Diane paid tribute to her mother in post recalling how she left home at a young age

‘Since @bigbaldhead and I had our daughter, my mom has become the best mother a girl could ever wish for.

‘She’s been by my side, helping with the baby while I work, washing, cleaning, organizing, cooking …grocery shopping, you name it.

‘Loving our daughter more than words could describe. Infinite patience and kindness.

‘I’ve discovered a softness and power in my mom that I can only see now that I’ve become one myself. I’m so lucky to have you mom.

‘Baby girl is so lucky to have such a doting Oma. And I’m so glad we have this chance to be a family once again. I love you,’ followed by a heart emoji.

People reported in late August that Diane and Norman, 52, were engaged after being in a relationship for four years and having one child together.

The couple share a daughter, whose name they have not yet publicly revealed. 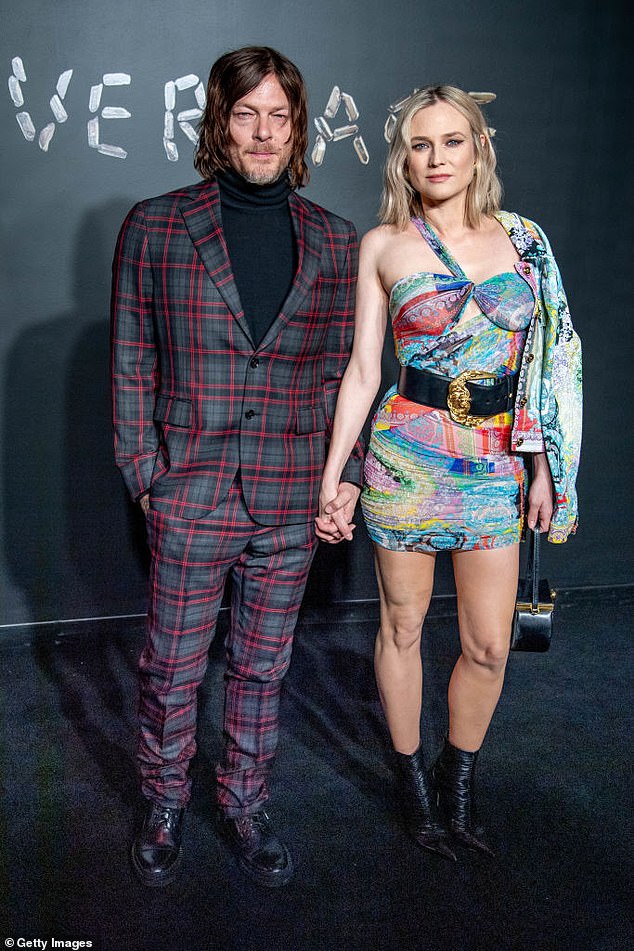 She said yes! It was reported in late August that Kruger was engaged to her longtime love Norman Reedus