Donald Trump FINALLY gets victories at the Supreme Court on contraception, church schools

Donald Trump FINALLY gets victories at the Supreme Court on contraception, church schools

Donald Trump FINALLY gets victories at the Supreme Court: Justices allow Little Sisters of the Poor to opt out of providing contraception through Obamacare and church schools get expanded rights to fire staff

President Donald Trump scored wins at the Supreme Court on Wednesday after suffering an uneven slate of decisions this summer, as the court issued rulings supporting a Trump administration rollback of an Obamacare contraception mandate and backing church schools’ ability to fire employees.

But the court has yet to issue a ruling on a pair of cases that most personally affect Trump – about whether the House and a New York prosecutor can get access to the president’s tax return information.

In the Obamacare case, the high court ruled 7-2 the administration acted properly when it allowed more employers who cite a religious or moral objection to opt out of covering birth control. 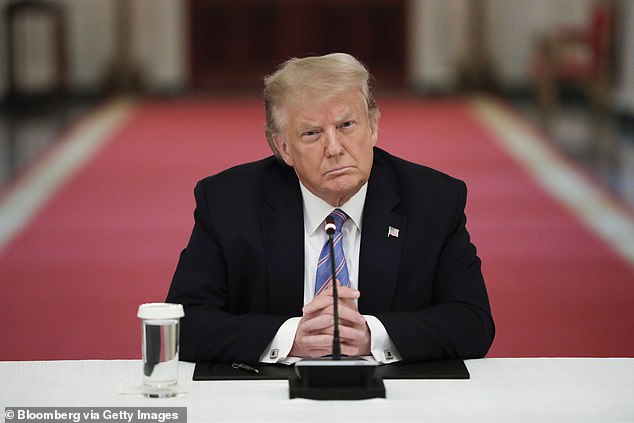 ‘We hold today that the Departments had the statutory authority to craft that exemption, as well as the contemporaneously issued moral exemption. We further hold that the rules promulgating these exemptions are free from procedural defects,’ Justice Clarence Thomas wrote for the majority.

The ruling could results in 70,000 to 126,000 women losing contraceptive coverage. Contraception was included in the laws mandate that employers provide ‘minimum essential coverage.’

It was another rollback for the court headed by Chief Justice John Roberts, who oversaw previous rulings that failed to strike down the law entirely. 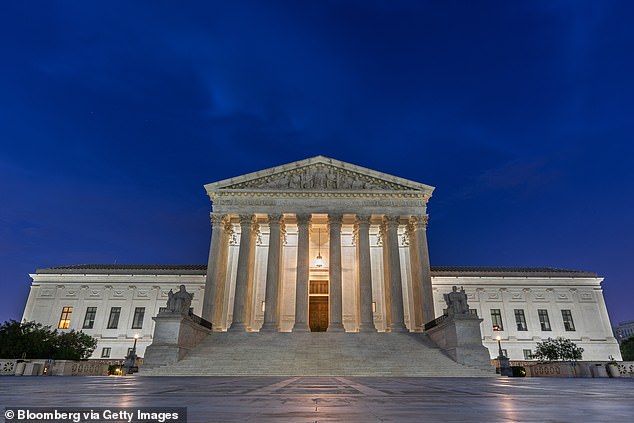 The court issued the July rulings, a break from typical tradition, amid the coronavirus pandemic. A major case regarding Trump’s taxes remains 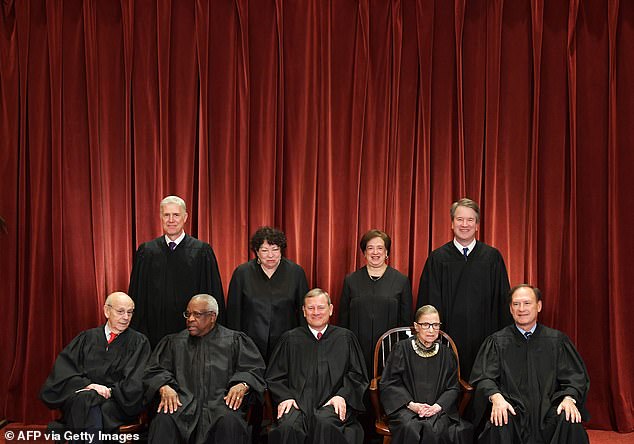 The contraception decision came on a 7-2 ruling, with Justices Ruth Bader Ginsburg and Sonia Sotoayor dissenting 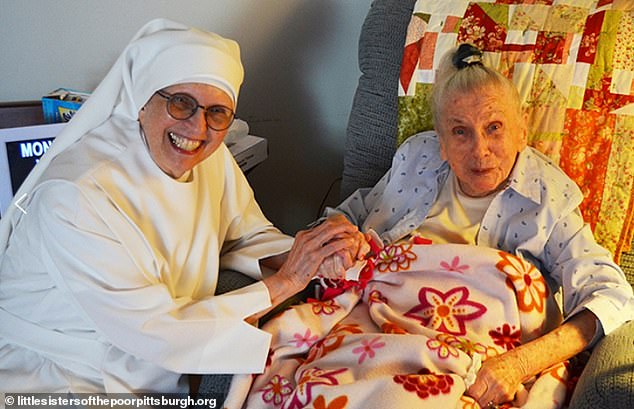 LITTLE SISTERS OF THE POOR SAINTS PETER AND PAUL HOME photos. The group sued over the Obamacare contraception mandate, citing a moral objection 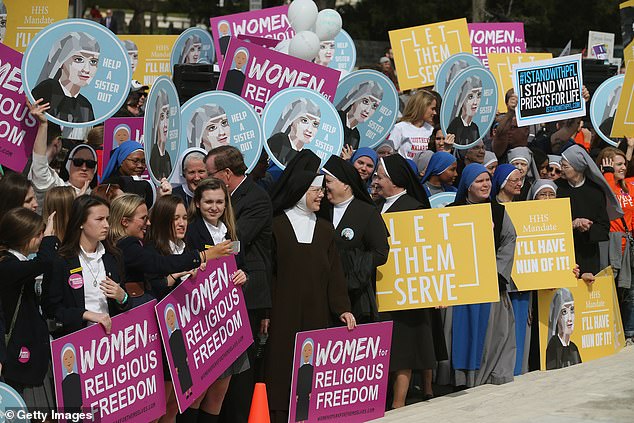 Supporters of Little Sisters of the Poor, attend a rally in front of the US Supreme Court, March 23, 2016 in Washington, DC 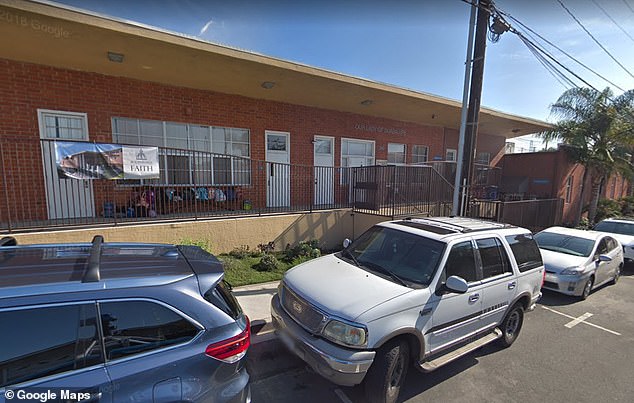 The other ruling Wednesday also dealing with religious exemptions was in Our Lady of Guadalupe School (pictured) v. Morrissey-Berru

As a result of the 2010 Obama-era health law most employers must cover birth control as a preventive service, at no charge to women, in their insurance plans. The Little Sisters of the Poor Saints Peter and Paul Home v. Pennsylvania case tested whether the law properly provided religious exemptions is called.

The other ruling Wednesday also dealing with religious exemptions was in Our Lady of Guadalupe School v. Morrissey-Berru.

The court sided with two Catholic schools in a ruling that underscores that certain employees of religious schools, hospitals and social service centers can’t sue for employment discrimination.

The high court’s ruling on Wednesday was 7-2.

The justices had previously said in a unanimous 2012 decision that the Constitution prevents ministers from suing their churches for employment discrimination. The justices said then that the Constitution’s required separation between church and state means that religious groups must be allowed to hire and fire individuals who serve as teachers or messengers of their faith, without court interference. But the court didn´t rigidly define who counts as a minister.

Tuesday’s case was one of 10 the high court heard arguments in by telephone in May because of the coronavirus pandemic.

July 12, 2020
Comments Off on First anniversary of murdered Australian tourist Lucas Fowler and his American girlfriend in Canada

July 16, 2020
Comments Off on Before-and-after photos via Amos Chapple show how Budapest has been rebuilt after WWII devastation

August 5, 2020
Comments Off on Beirut explosion: Man pulled from rubble after TEN HOURS

July 16, 2020
Comments Off on Gunnedah policeman who was first on scene of horrific killing steps away from work

July 20, 2020
Comments Off on Benjamin Keough shot himself at a party for his girlfriend and sister Riley’s husband

July 14, 2020
Comments Off on Anika Carey, 29, attacked by big fish not a shark in Fitzroy Island experts say

July 18, 2020
Comments Off on Moment ‘Karen’ blows a kiss at a landscaper in California before demanding to see his ‘papers’

July 25, 2020
Comments Off on The 3D-printed cage that could spare hundreds of Britons from leg amputations

July 16, 2020
Comments Off on Popular gym in Sydney if forced to close after a member tests positive to coronavirus

July 12, 2020
Comments Off on Gorilla tested for coronavirus after being injured in a fight with his little brother at Zoo Miami