But a fiery war of words between Scott and a raucous Power fan at the end of the third quarter overshadowed the hard-fought win, which now sees Port Adelaide move to fourth spot on the ladder. 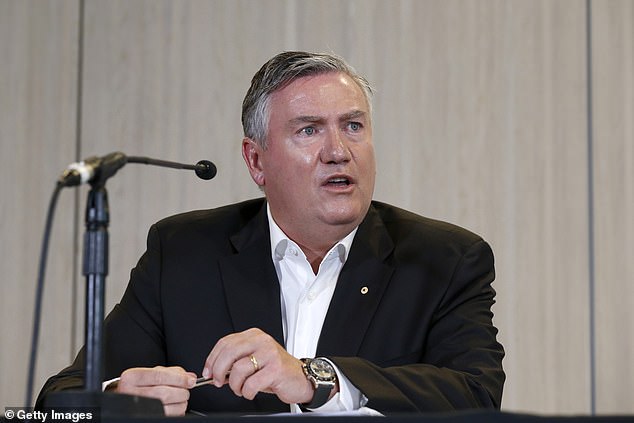 Scott was making his way down the ground as the siren blew for the end of the third quarter.

But on the long walk from the coaches box to the field he stopped to confront a fan.

TV personality and former Collingwood president Eddie McGuire said after the match, the ugly incident could have been avoided with better security protocols at the ground.

‘I’ve been having this blue for 20 years. I don’t want to pick a fight with the Port Adelaide fans, but for years we fought to get perspex put up at the old football park… the officials of the away club were too close to a hostile environment,’ McGuire told Fox Footy.

‘They’ve built this place – you can’t have coaches walking through the crowd, for everyone’s sake. They have to fix it, it’s as simple as that.

‘You can’t expect everyone to be alright… there’s only one way to get this fixed: Make it not happen. Get a lift or whatever the case may be, but you cannot have the coach walking through the crowd if you’re the away coach. Fix it.’

He said having a coach come so close to agitated fans is ‘ridiculous in any stadium in the world.’

‘This is a great stadium so I’m at pains to say this,’ he added. 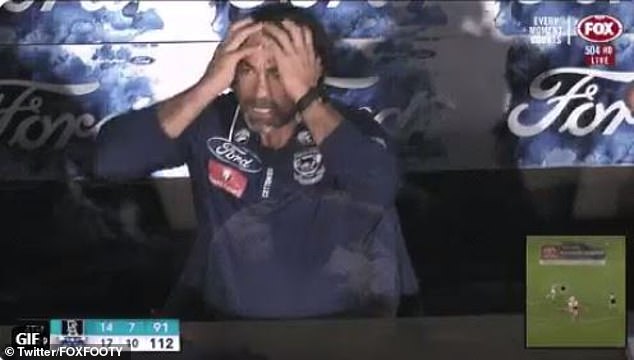 It is not known what was said between Scott and the fan, but after a short exchange he moved away from the man appearing visibly frustrated.

He could then be seen discussing what had happened to security who were escorting him from the box to the ground.

Former Western Bulldogs star Luke Darcy said in Channel Seven’s commentary, ‘you can occasionally get a bit of feedback over here at the Adelaide Oval’.

‘That’s a man who just loves a contest and he’s in one tonight. A little bit happening with Chris Scott,’ he said. 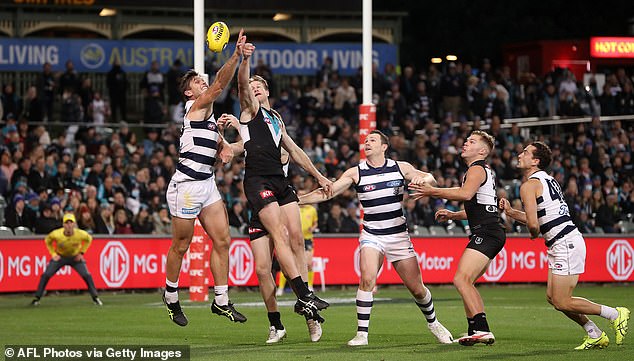