An elderly couple has been left ‘devastated’ after a huge seven-storey apartment block was built right beside their heritage home – as they blast the construction company responsible and claim the council has buried its head in the sand.

Giuseppe and Adelaide Garofano, 84 and 79, immigrated to Australia from Italy following World War II and bought the Hurstville home in Sydney’s south shortly after.

The house has been rented out in recent years, with the latest tenants forced to leave because of the construction of what was supposed to be a three-storey block of units next door. It has since become a seven-storey ‘eyesore’.

The Garofanos say Vortex, the construction company involved, have repeatedly changed the original and agreed upon plan, and have regularly accessed and damaged their property as a part of the build.

Doriana, the couple’s daughter, said the matter had been referred to Fair Trading but during the hearing they discovered the site manager had formerly worked for the institution for 40 years, something they believe is a conflict of interest.

They say their local council, Georges River, has told them the matter is out of their hands and that the couple are ‘very worried for their safety’.

‘They want to take my land from me,’ Adelaide Garofano told Daily Mail Australia. 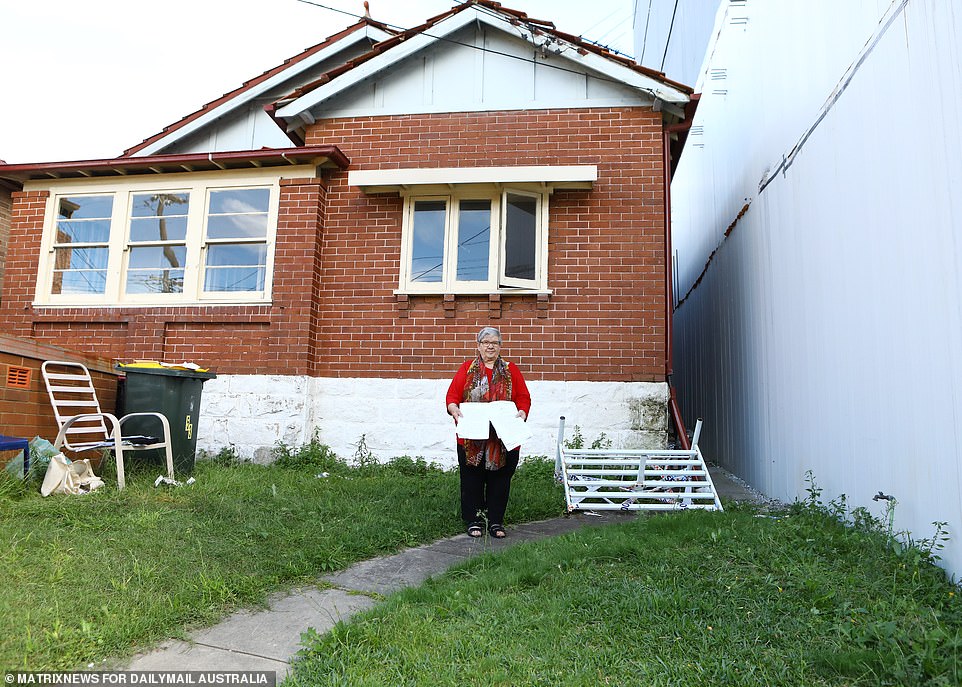 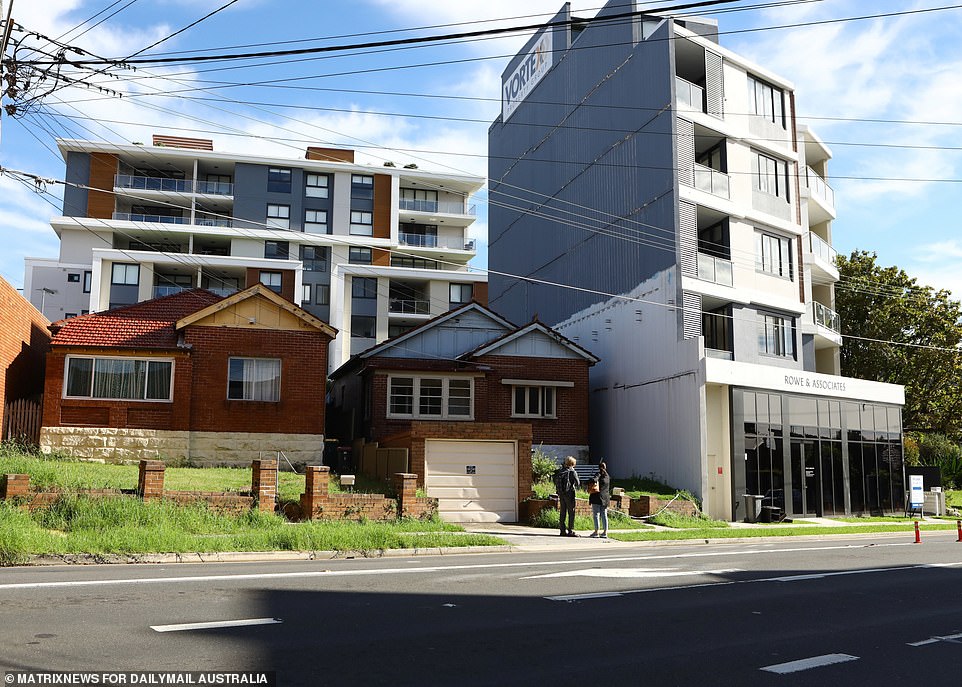 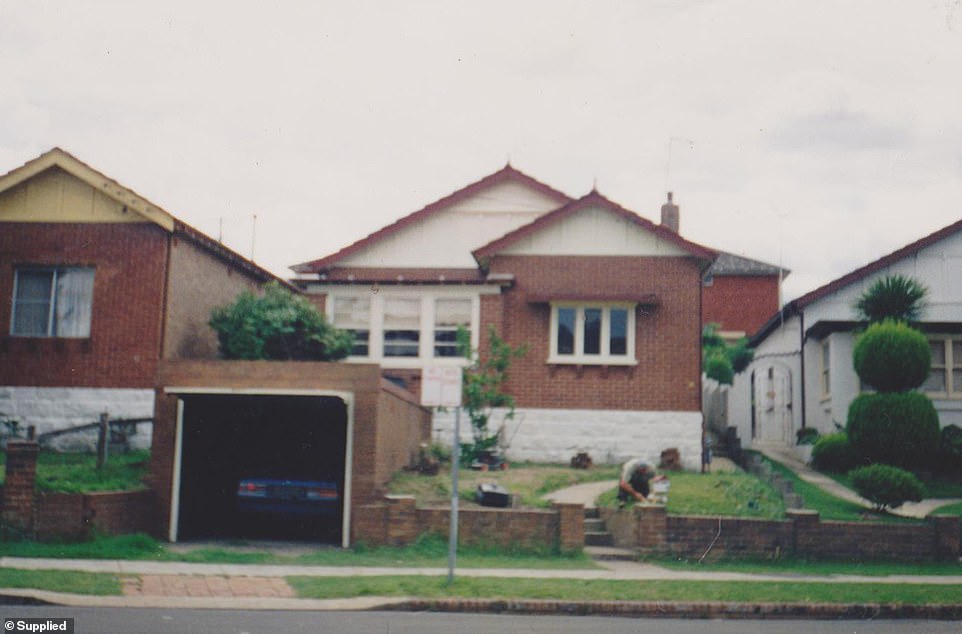 Pictured: The Garofanos federation Hurstville home before Vortex demolished the house next door and built the apartment block at the center of an ugly dispute

Vortex began construction on the 73-unit block in 2018, with the Garofanos calling the period since ‘three years of hell’.

They say their recent tenants, who had a newborn baby, moved out of the house after calling the Garofano family ‘morning, noon and night distressed by the construction’.

The Garofanos say they initially let the tenants live rent-free because of the ongoing construction, before they eventually moved out and into emergency housing. 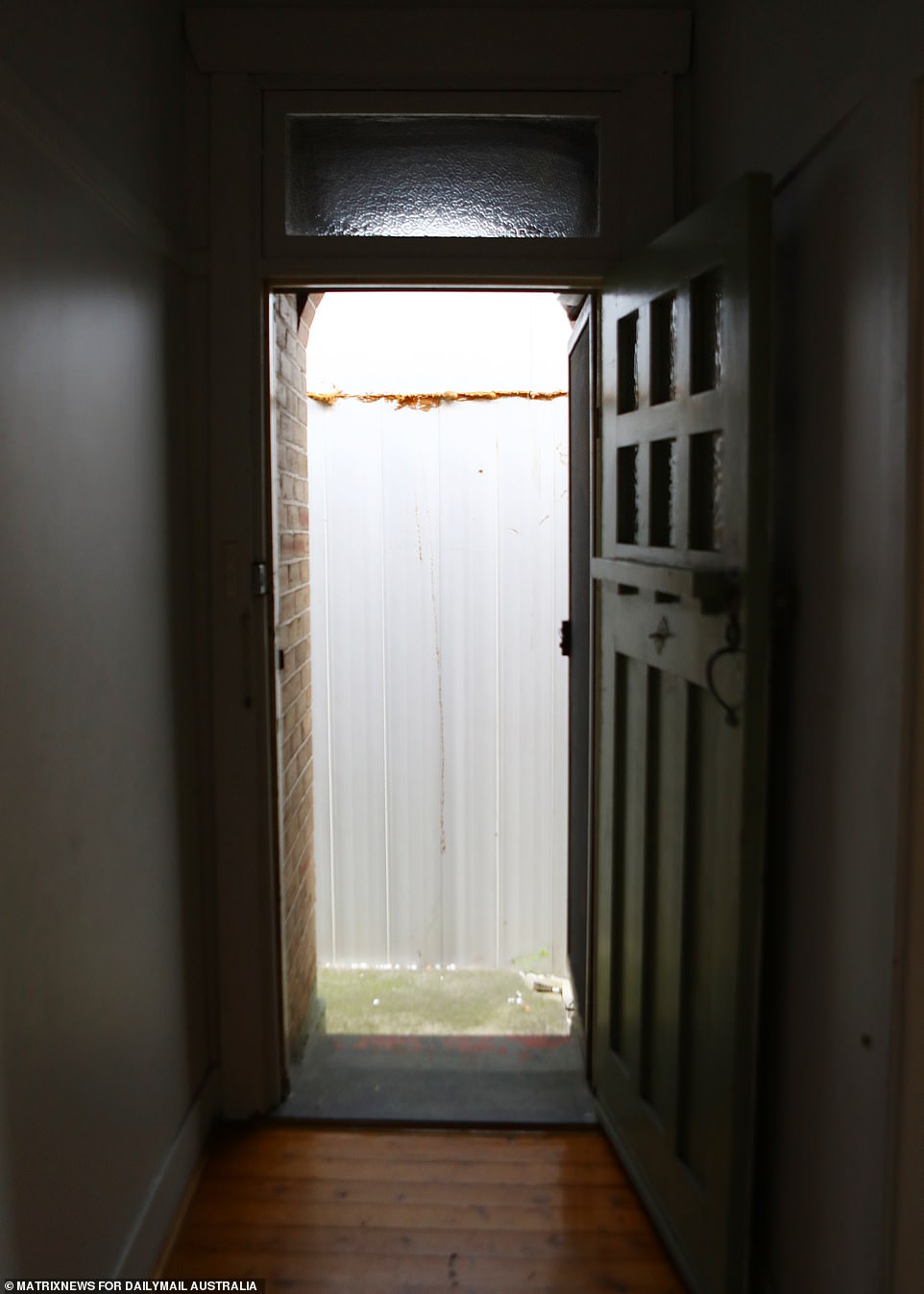 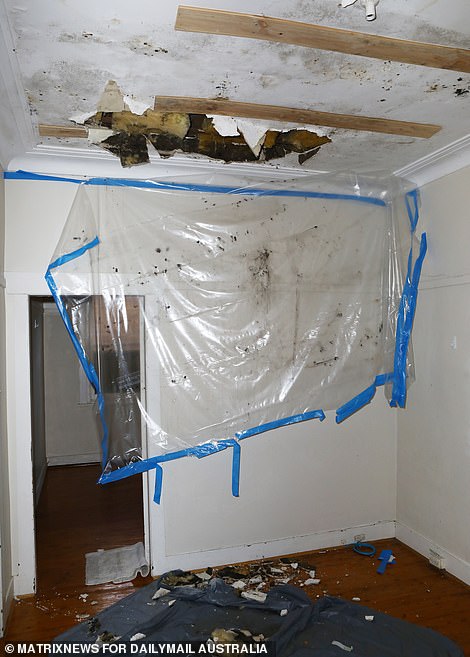 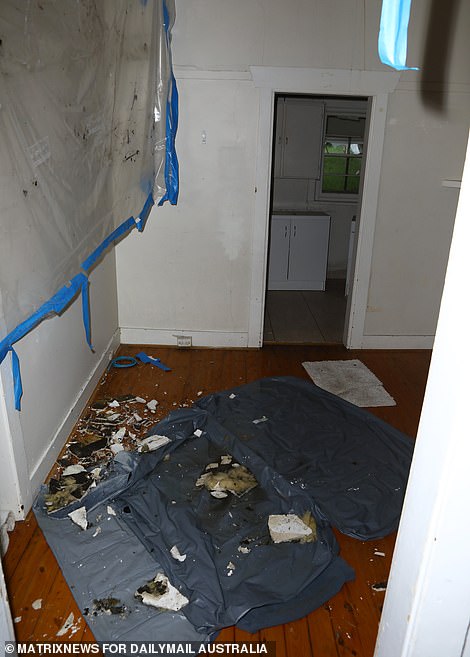 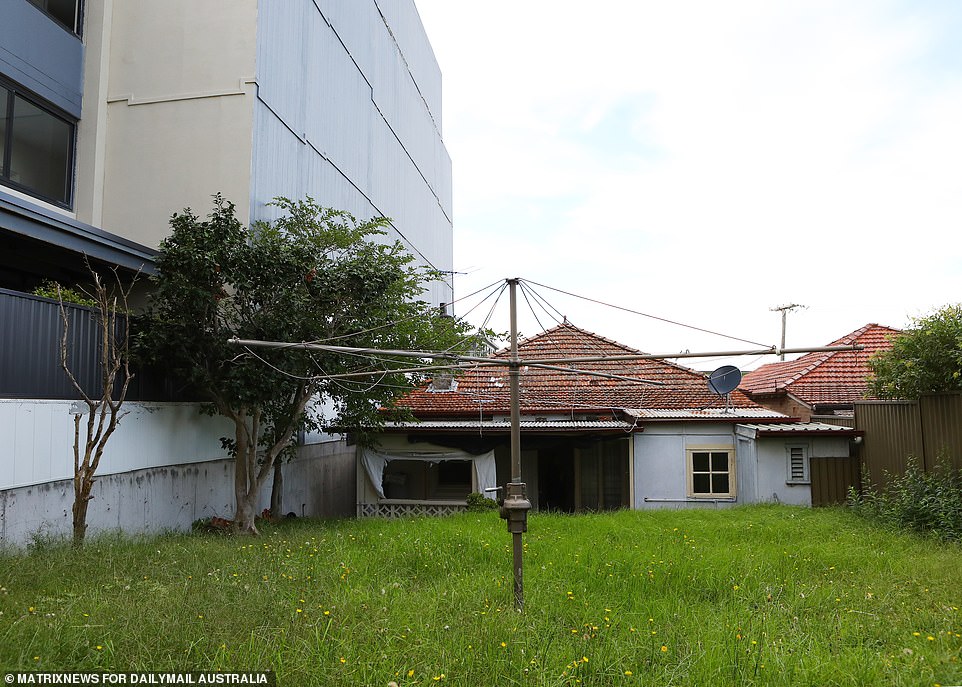 The Garofanos say the unit block, particularly with its huge, ugly wall, has completely devalued their property

Council and Vortex officials have regularly proposed amendments to the plans and made requests to the Garofanos for access and understanding – all which have been rejected by the family.

A dispute over damage of the roof has been ongoing for years – the family believe the damage was largely the result of Vortex resting scaffolding and a crane platform on their roof, while Vortex say the damage was there before construction began.

The Garofanos say they were offered $1.2million for the house from Vortex well after the construction had began – an offer they rejected. 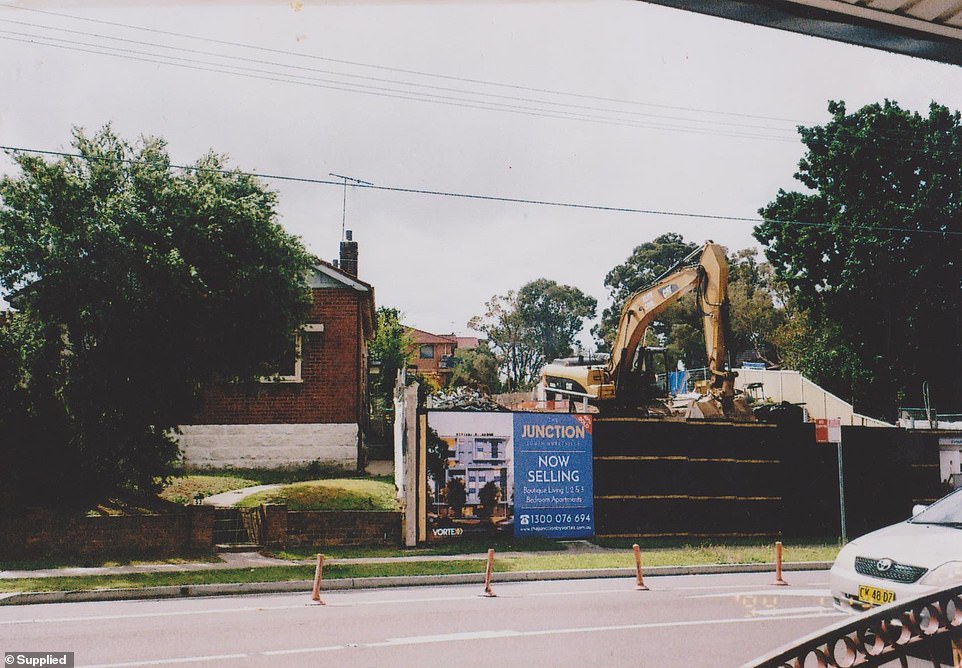 Construction began on the apartment block in 2018, a period since the Garofanos have described as ‘three years of hell’ 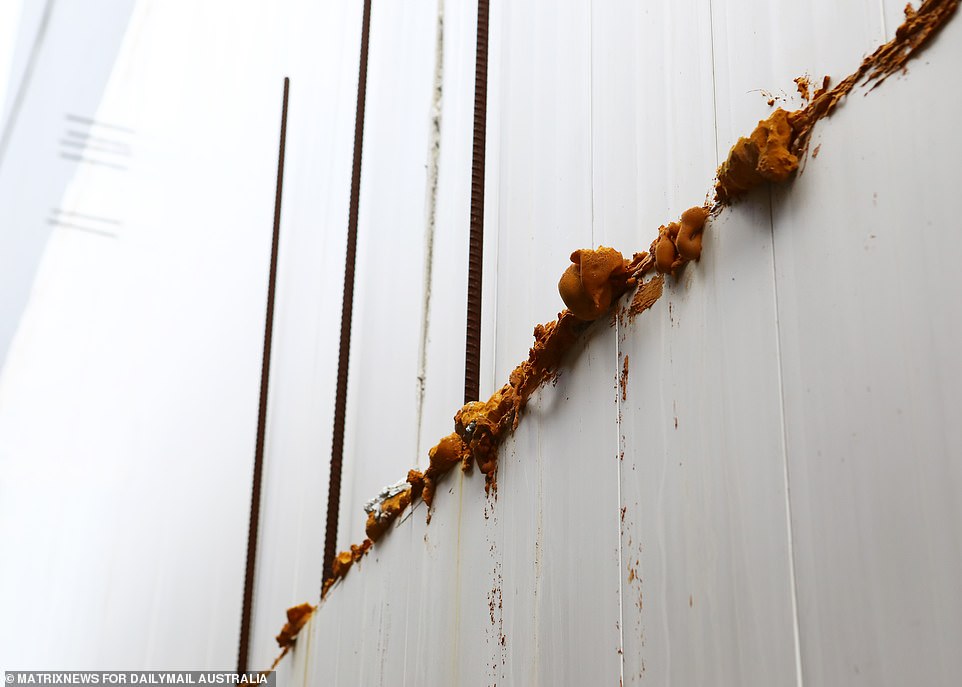 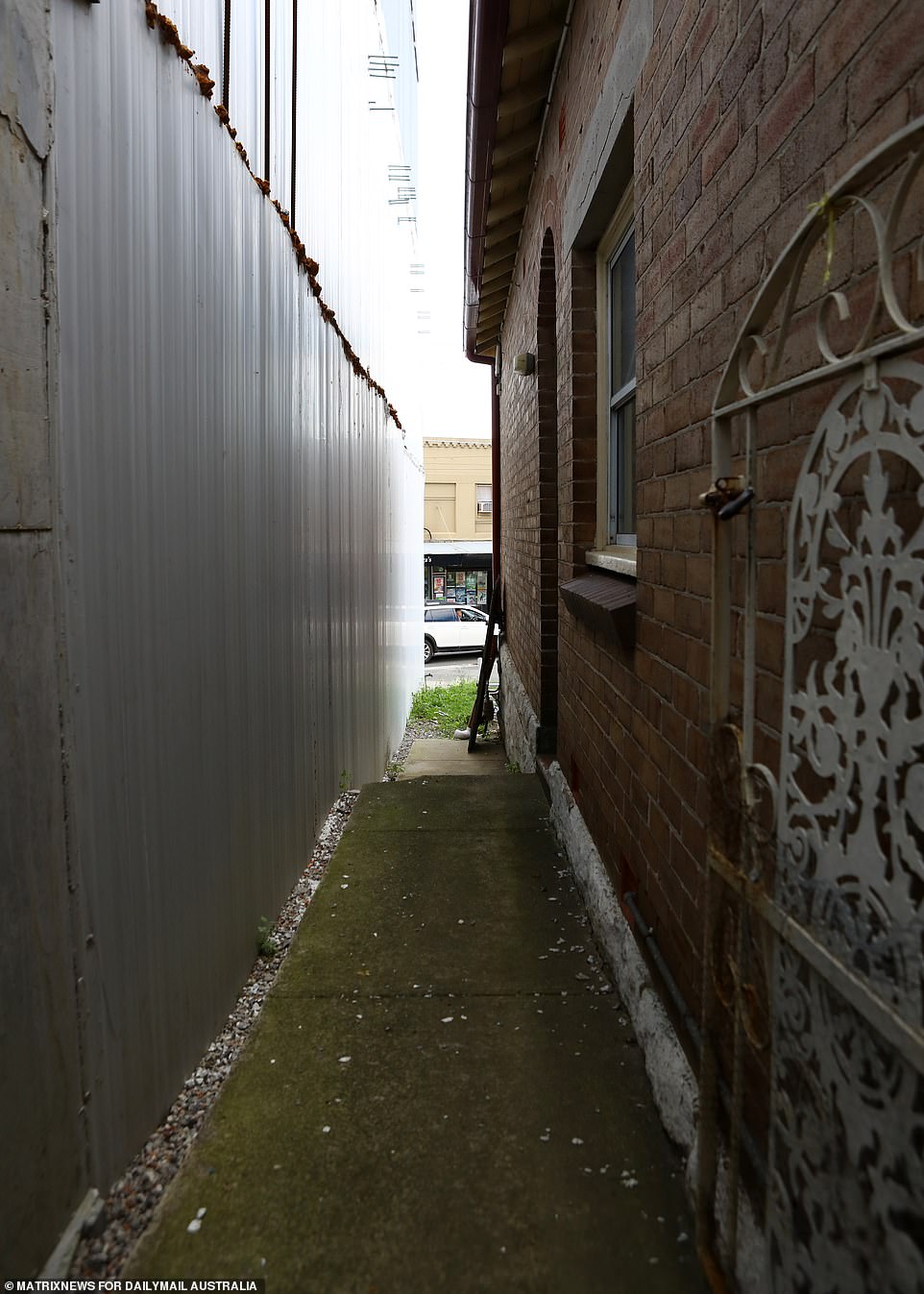 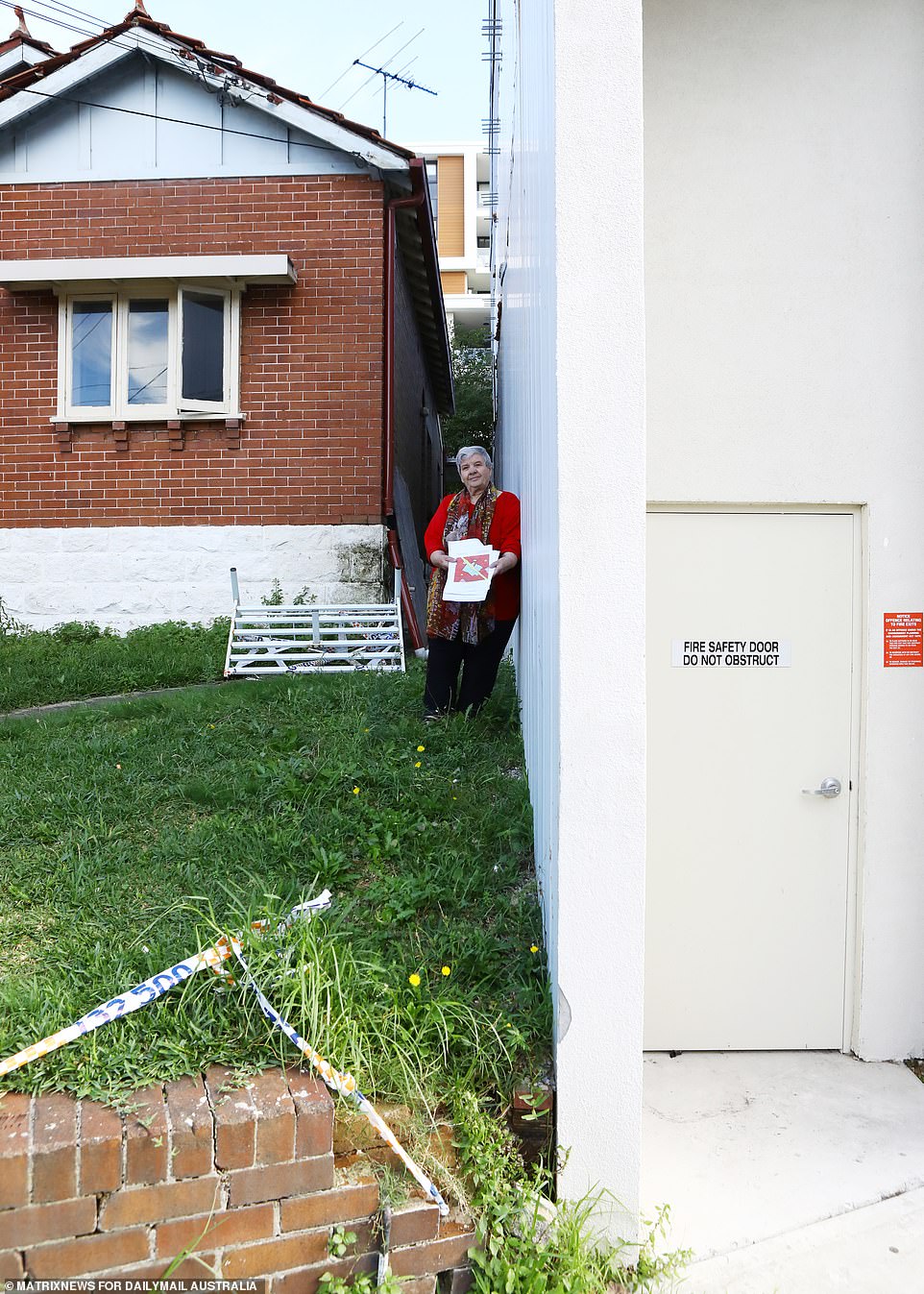 The Garofanos say that the zoning for the land is low residential and that buildings cannot exceed three storeys – the Vortex building is seven.

They also say there should be a three-metre gap between the dividing line and a property of this height – the Vortex building is instead built right on the diving line; right on the Garofanos doorstep.

Daily Mail Australia has contacted Georges River Council and the NSW Department for Planning for clarification on zoning laws.

Doriana Garofano says the site is ‘disgusting’ and said the conditions are ‘inhumane’.

‘We can not live our lives like this,’ she told Daily Mail Australia. 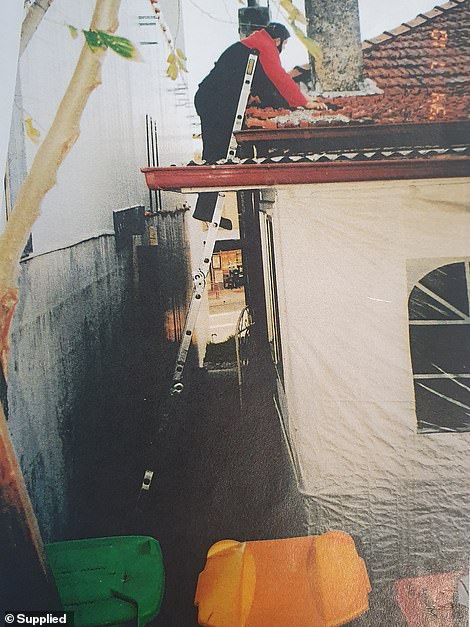 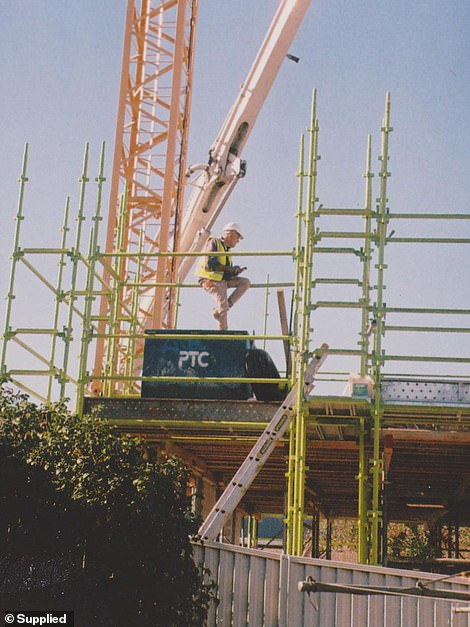 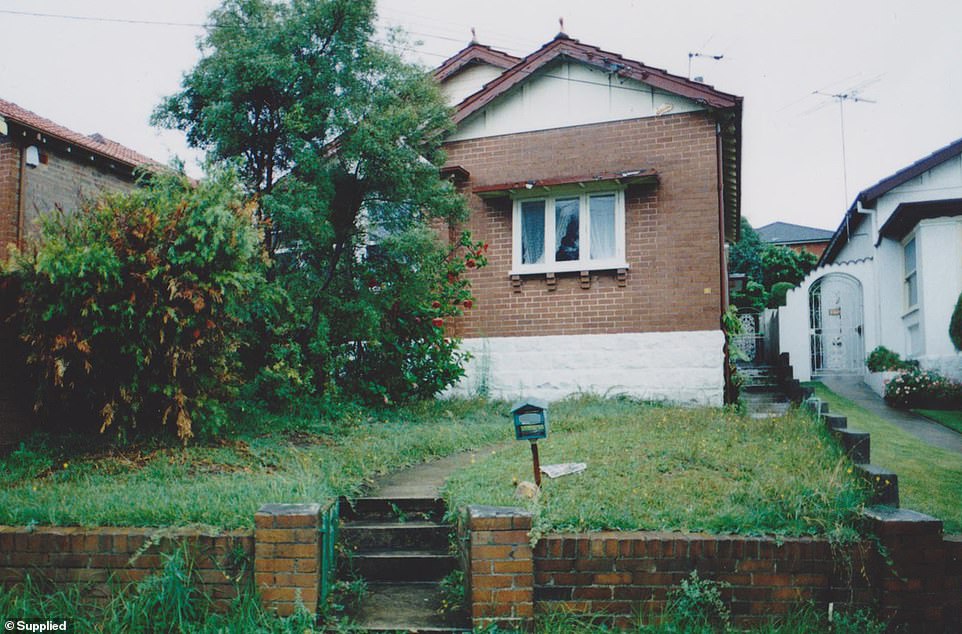 The huge wall has cast a shadow over the Garofano’s house and backyard, and the structure of the front of the house has began cracking due to instability.

There are huge metal bolts sticking out from the side of the wall, leftover from scaffolding, and large amounts of orange glue has oozed out and hardened.

She says the State Emergency Service have told them the home is not safe to enter after the recent torrential rain caved in the roof. The house has been taped off as a result.

‘Stop putting people through such grief.’ 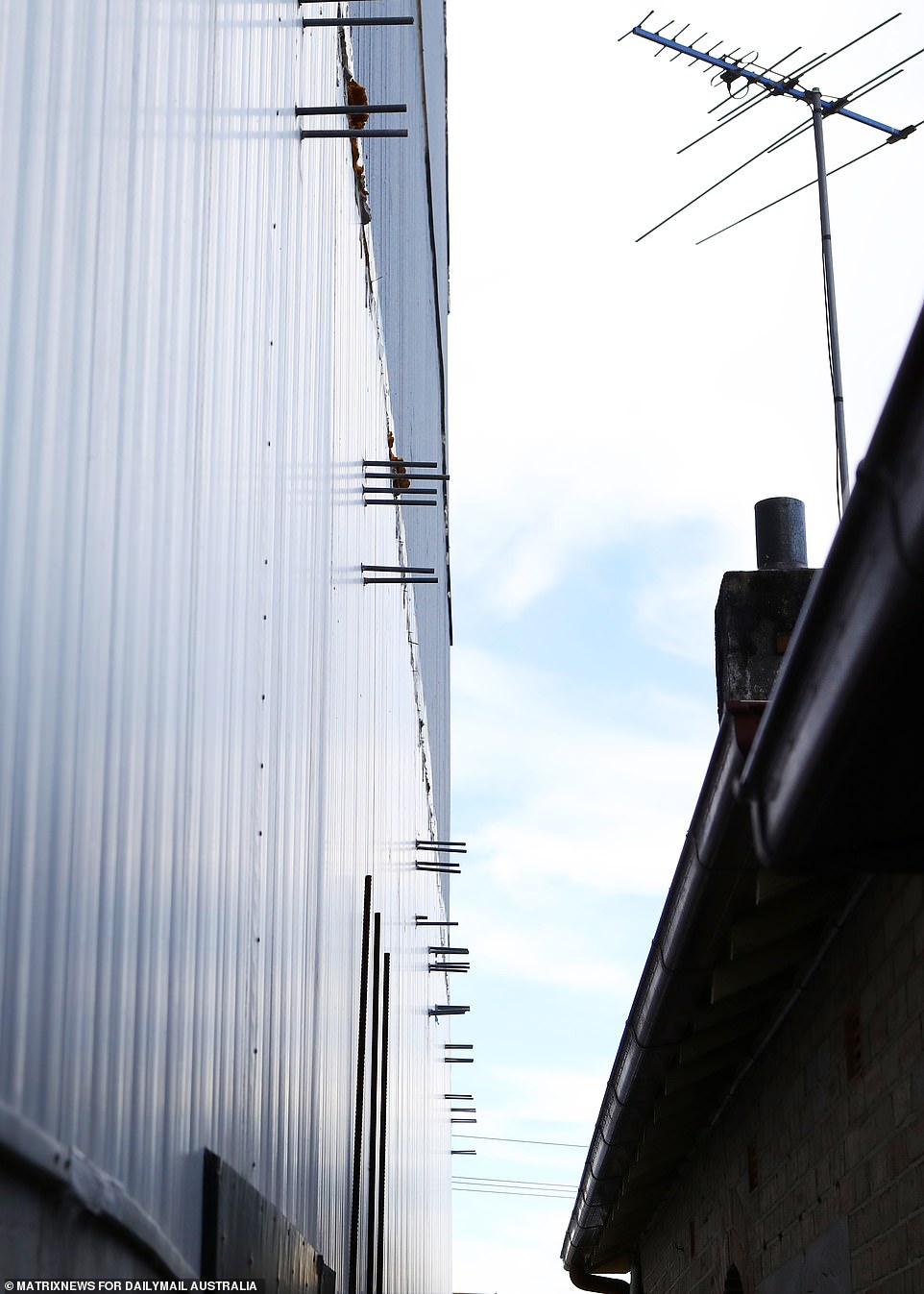 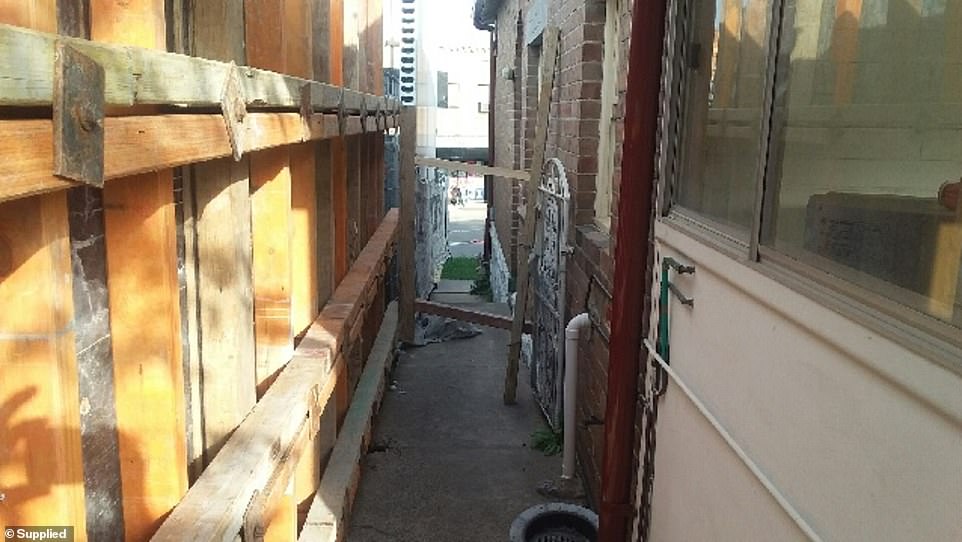 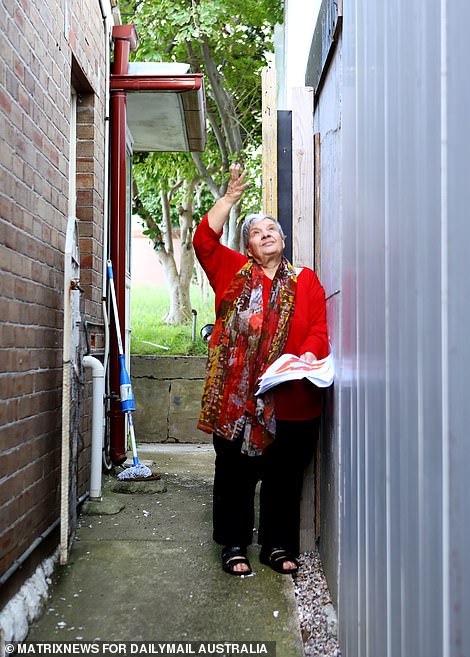 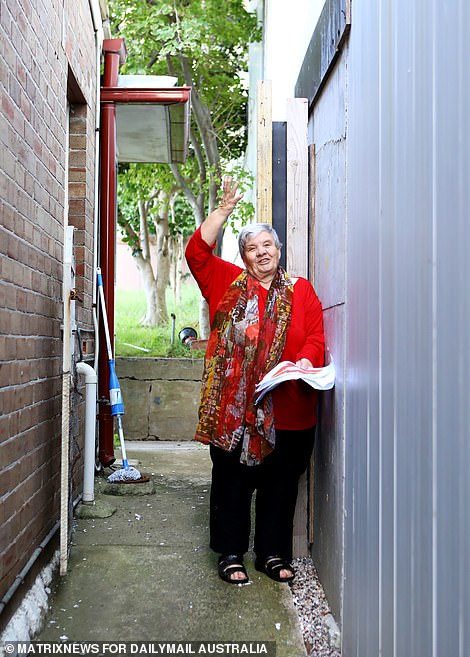 The Garofanos say Vortex will require a further eight to 10 weeks to finish the wall and require access to their property.

Their main complaint lies with what they say is a total lack of assistance from Georges River Council.

They say the council has told them they’ve tried to help but its out of their control, something the Garofanos reject.

‘The council only care about building sites to raise prices, not about pensioners who are going to die out in 10 years,’ Doriana told Daily Mail Australia.

They say they want answers from the council on who approved changes to initial plans and allowed the construction company to move ahead with plans.

‘We are just left with this devalued property, damaged property, a massive wall, no rent, land tax to pay, mum’s pension money gone and we’re just expected to accept it.’

Mr Coure told Daily Mail Australia he has met with the Garofanos on several occasions to help assist including meetings with Georges River Council and says the matter is now being considered by the NSW Civil and Administrative Tribunal.

Regarding the residential zoning issue the Garofanos say Vortex have broken, Mr Coure said those approvals were ‘under the provision of Georges River Council or the private certifier from Vortex Construction as my office has no role in the determination and assessment of development applications.’ 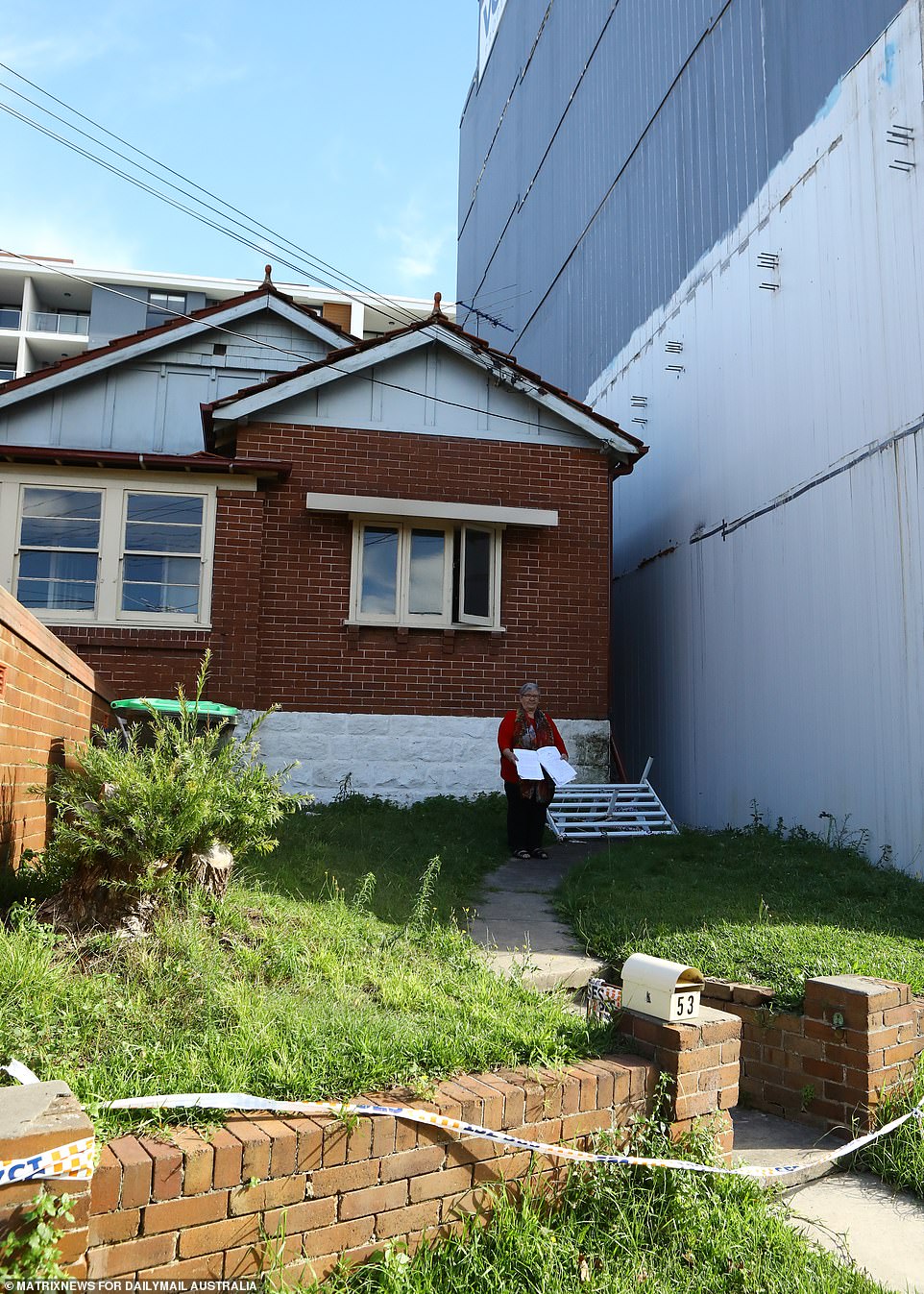 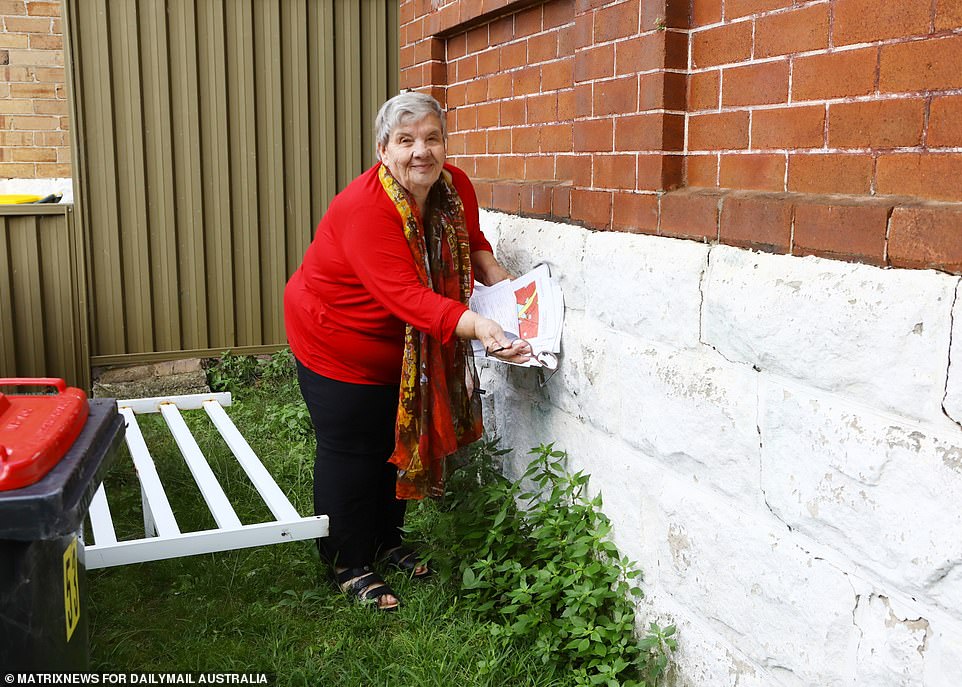 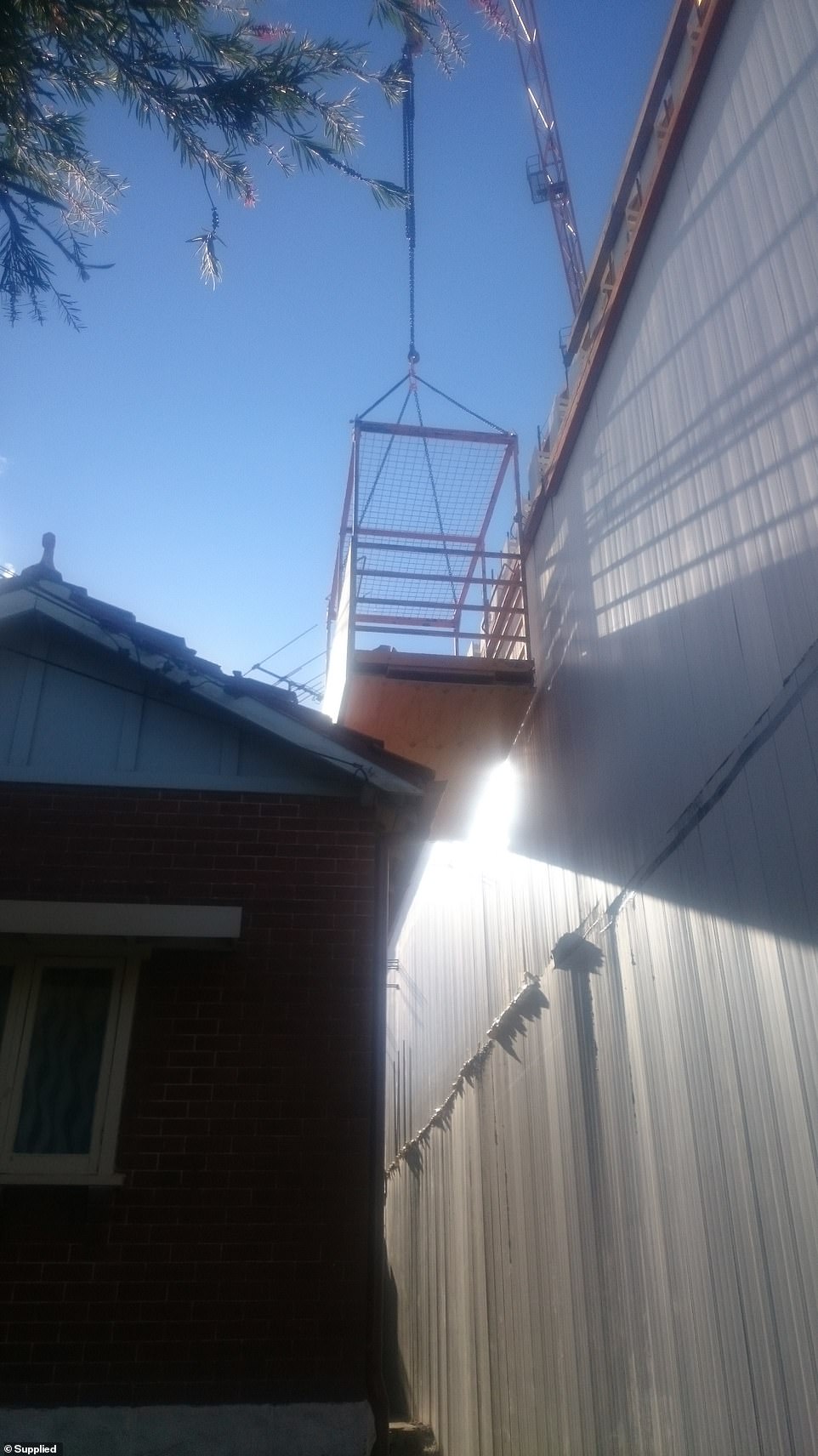