By Daniel Davis For Mailonline

Borussia Dortmund striker Erling Haaland has left his social media followers impressed, and in disbelief, after pulling off a seemingly impossible trick in training.

In the jaw-dropping clip, Haaland stacked three footballs on top of each other – already a tough task – before firing each of them against a target in the top corner.

After rounding off the trio of strikes, even Haaland himself was dumbfounded by his ability, placing his hands on his head and turning towards the camera, grinning.

Scroll down for the footage.

Not everyone believes that the video is real, however, with eagle-eyed online users attempting to point out flaws.

Indeed, him placing the three balls in a tower appears to be a step too far for some.

For the first shot, Haaland curled a sublime effort through the air and against the target, causing it to rock back and forth. 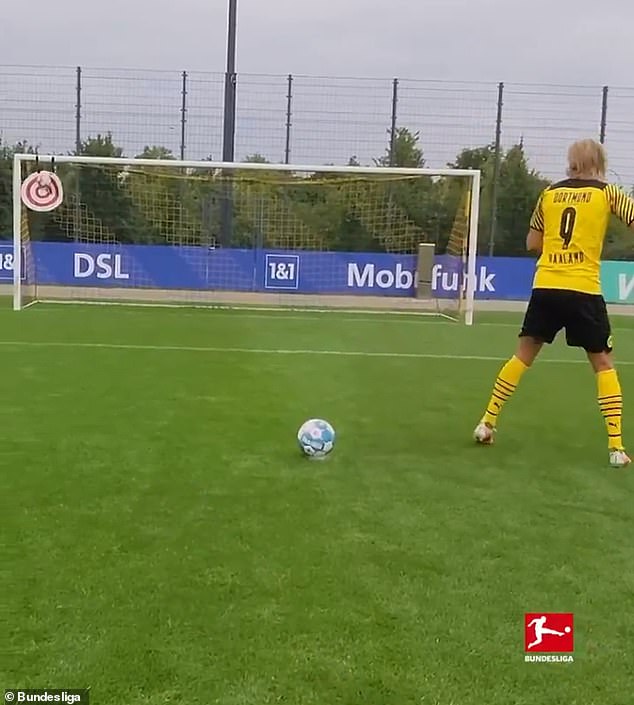 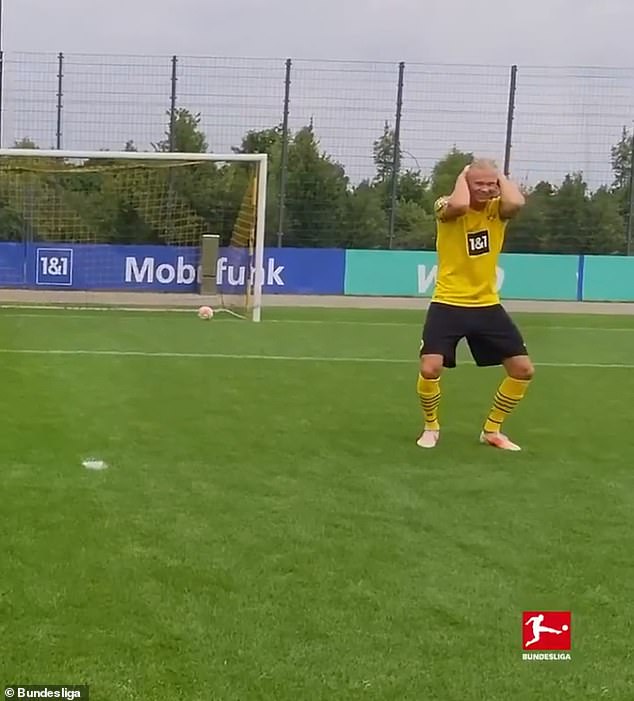 After finding the top corner all three times, even Haaland was left dumbfounded at the magic

The frontman then took his second strike, which again found the top corner. This time, though, the target shattered and half of it fell down.

To finish the trick, Haaland cracked the third ball away unerringly.

‘Hard to believe,’ one Twitter used declared, responding to footage of the trick uploaded by an official Bundesliga account.

A second agreed with them, accusing Haaland of camera trickery by saying: ‘There’s no way one can balance two footballs, let alone three.’

But not everyone thinks Haaland’s trick is genuine, with some users saying it is ‘hard to believe’

But his club are adamant that Haaland’s shots were genuine. ‘This is real, trust us,’ their Twitter account posted, perhaps jokingly.

Haaland made the time to leave supporters stunned with the exercise after returning to training with Dortmund following the international break.

The red-hot ace, 20, has already scored 11 goals and laid on four assists in eight appearances across all competitions this season. 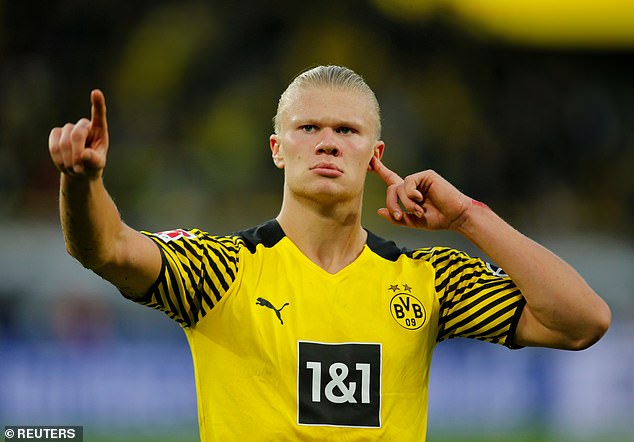 He missed out on Dortmund’s last three matches before their players jetted out over the last fortnight, and missed out on Norway’s World Cup qualifiers.

But judging by the footage of his latest exploits, Haaland is ready and raring again.

Dortmund face Mainz in the top-flight this weekend, and then take on Ajax in the Champions League three days later.