Family and friends of an Australian surfer found dead on a beach in Bali have farewelled him at a private ceremony in Western Australia.

Father-of-two Taras Mulik was discovered lying face down under a set of stairs leading to Suluban Beach, South Kuta, on Sunday morning.

The 50-year-old was bleeding from the mouth, nose and chest when he was found, but the cause of his death is not yet known.

A crowd of mourners gathered at sunset to send-off their ‘much loved friend’ at The Spot Beach in Perth, Western Australia.

Close friend of Mr Mulik, Sue-Ellen Middleton, said that the 50-year-old would be greatly missed.

‘We were trying to guess how many paddle outs there would be in your honour’, Ms Middleton wrote alongside a serious of photos.

The group of friends and family paid tribute to Mr Mulik, remembering his love for the beach and surf.

Friends and family huddled closely in a circle on the beach around a small mural, a pack of Strongbow cider and other items.

Others expressed their condolences online.

‘That’s lovely, although incredibly sad for all those he leaves behind. I think the ocean will give you lots of peace in the coming days and weeks,’ one wrote.

‘We awoke to the sound of sirens. I went down the beach and heard the grim news,’ one man posted on Facebook.

Friends took to social media to pay tribute to Mr Mulik, describing him as an ‘absolute legend’

‘He was a real gentleman and he will be sadly missed here on the Bukit (Peninsula).’

‘You were not just a friend, you were more like a brother to me,’ another wrote.

Another posted: ‘Rage in paradise Taras Mulik. Gone too soon, great memories of ya mate’. 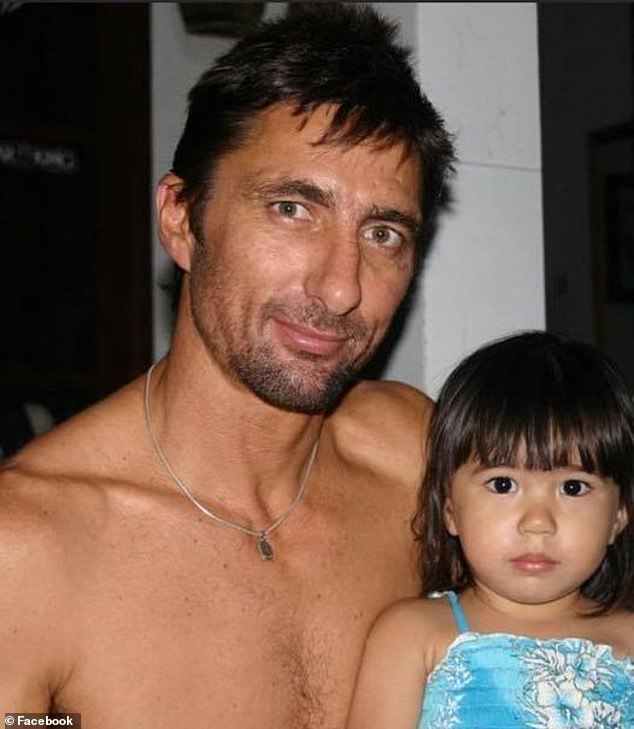 Australian surfer Taras Mulik was found dead on a beach in Bali, Indonesia on Sunday morning

‘Taras Mulik you absolute legend… you gave everybody a room or your shirt off your back… you’re going to be sadly missed,’ read another tribute.

Mr Mulik is believed to have been from Perth but had been living in Bali for most of the past decade.

His body was discovered under a cliff near Single Fin, a popular spot for tourists in Bali and Uluwatu, a world famous surf break.

Pecatu beach lifeguard supervisor, Wayan Somer, told AAP the Australian was found by a surfer heading to surf about 8.30am on Sunday.

‘We immediately co-ordinated with the village’s COVID task force and police. The victim was evacuated by lifeguards and the team and taken to hospital,’ Wayan said.

‘We knew the victim… he rents a house not far from the area.’ 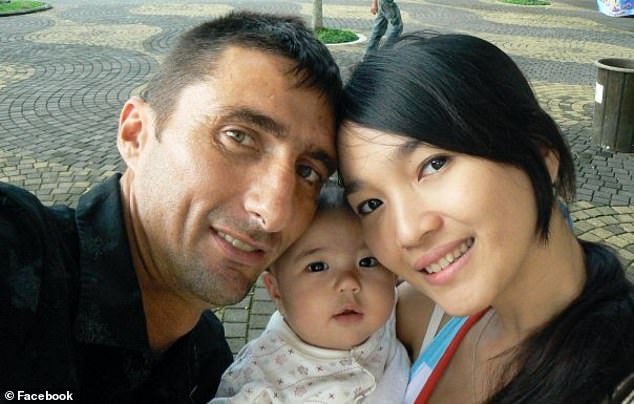 The body of Mr Mulik, a father-of-two, was discovered by a surfer lying face down under some stairs leading to Suluban Beach, South Kuta 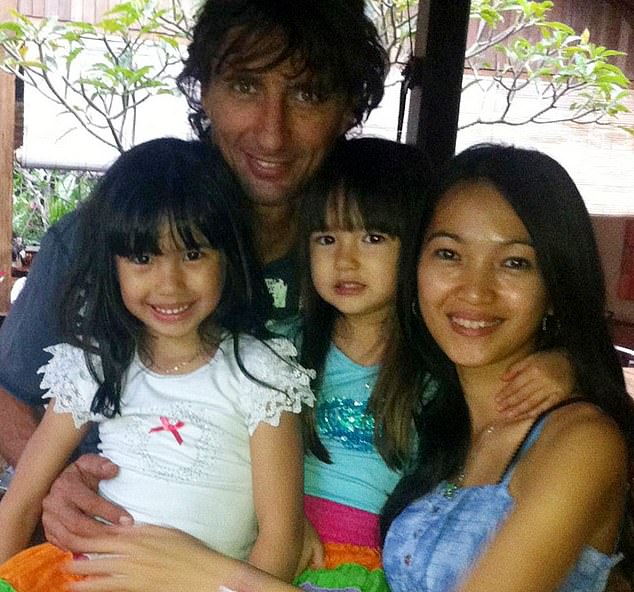 Mr Mulik, 50, is believed to be from Perth but had been living in Bali for most of the past decade

A local, Imam Wahyudi, said he had recognised the man as someone he knew from the area.

‘According to witness Imam Wahyudi’s statement, the victim was found prone on the beach by a guest who was going to surf, after being told by the guest the witness then checked and it was true that a foreigner was lying on his stomach, the witness then reported to Pecalang,’ Mr Sukadi said. 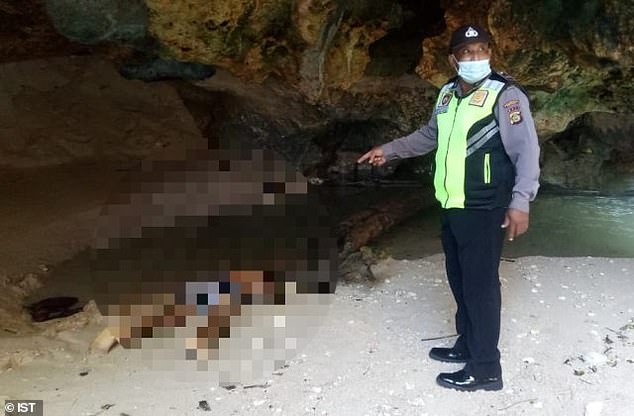 Authorities in Bali said a surfer heading into the water about 8:30am on Sunday discovered Mr Mulik’s body 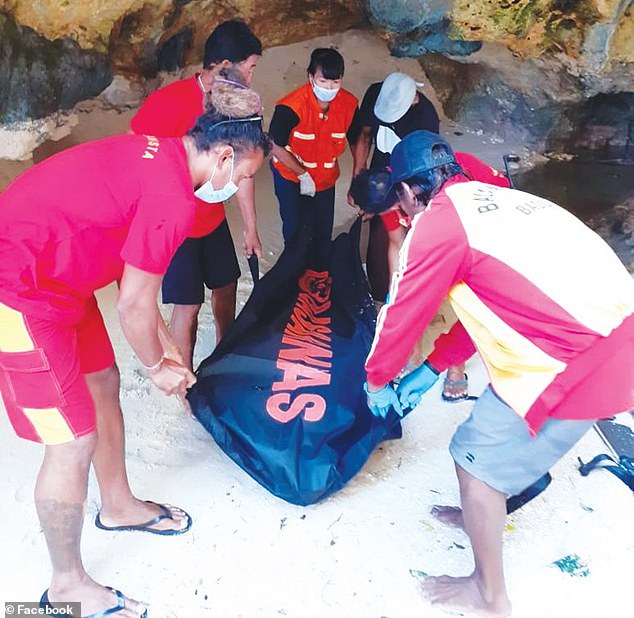 Mr Mulik’s body was taken from the beach by lifeguards, police and the local village COVID taskforce

After the officers came to check and examine the incident, it was found that the victim was lying on his stomach and had died.

Mr Mulik’s body was brought to the Sanglah General Hospital at around 10am.

Australia’s Department of Foreign Affairs and Trade said in a statement it was providing consular assistance to the family. 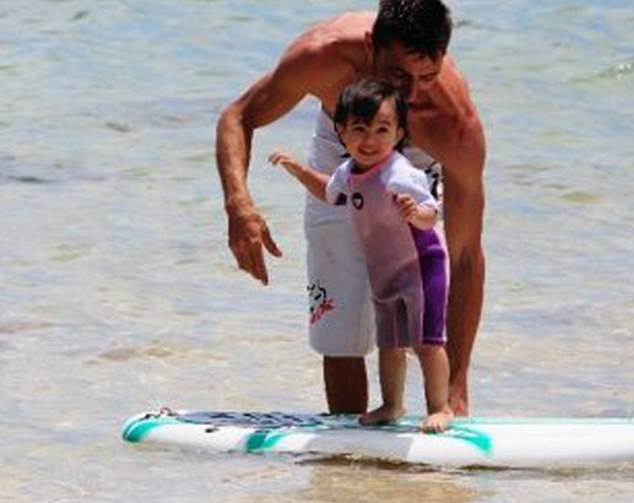 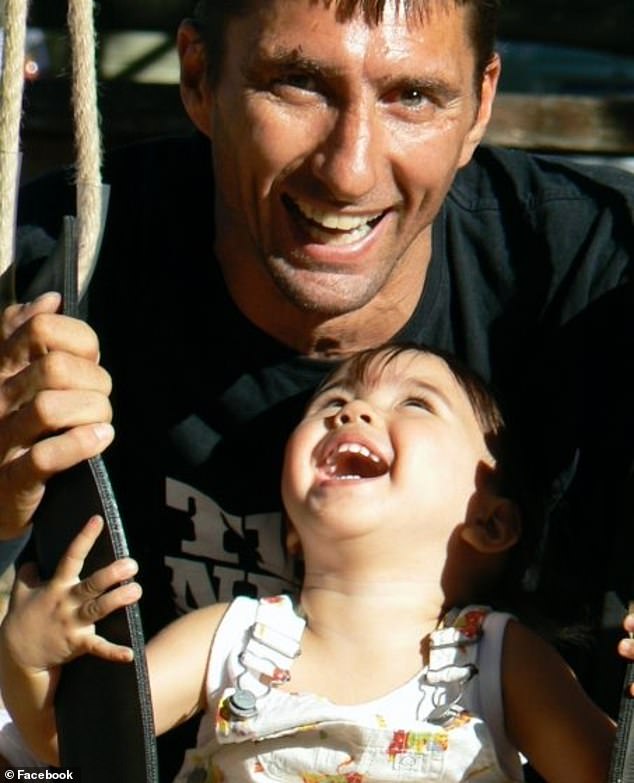 The cause of Mr Mulik’s death is not yet known. He was found bleeding from the mouth and his chest was blue