The FBI is warning police chiefs across the US to be on ‘high alert’ for extremist activity because the deadly siege on the Capitol will be a ‘significant driver of violence’ during Joe Biden‘s inauguration.

A dire bulletin put out by the National Counterterrorism Center and the Justice and Homeland Security Departments on Wednesday warned of threats from armed militia groups and racist extremists.

It did not detail specific plots to target next week’s inauguration but warned that extremists largely viewed the violent breach of the Capitol as a success.

The joint intelligence bulletin, obtained by the New York Times, said extremists ‘may exploit the aftermath of the Capitol breach by conducting attacks to destabilize and force a climactic conflict in the United States’.

The warning has been sent out to law enforcement agencies across the country. The FBI has already warned of armed protests being planned in Washington and all 50 state capitals in the run-up to the inauguration, including three separate plots to attack the Capitol.

In a call with thousands of police chiefs across the country on Wednesday, the FBI also urged law enforcement to be on high alert for any extremist activity and to share any intelligence they come across.

The FBI said it was closely monitoring online activity related to planned plots and extremists but urged local law enforcement to be aware of lone wolf attacks, as well as violence planned by larger groups. 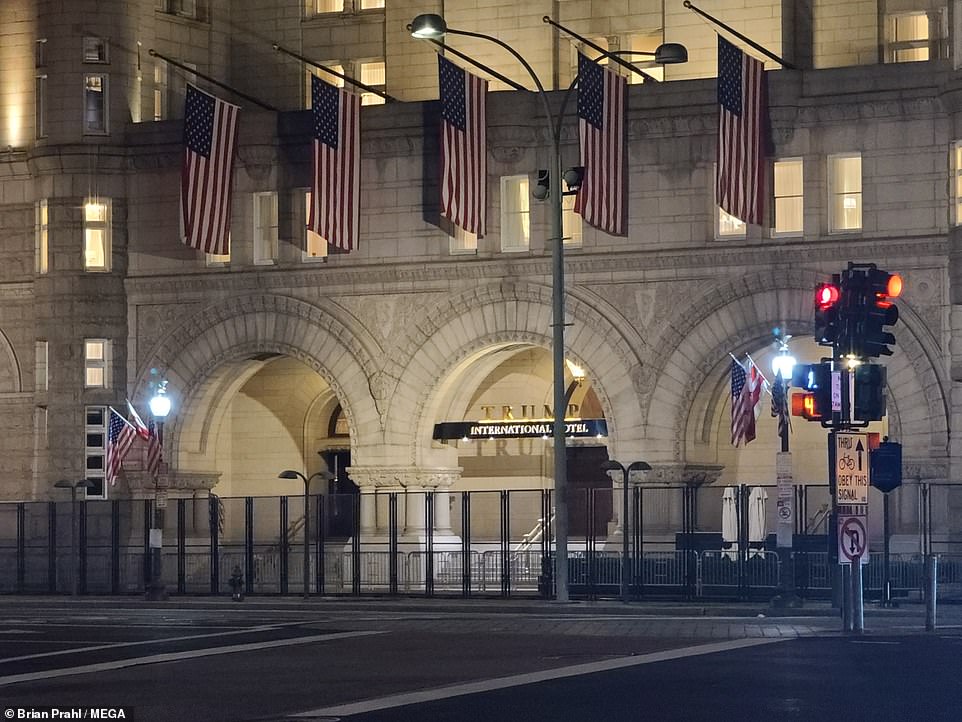 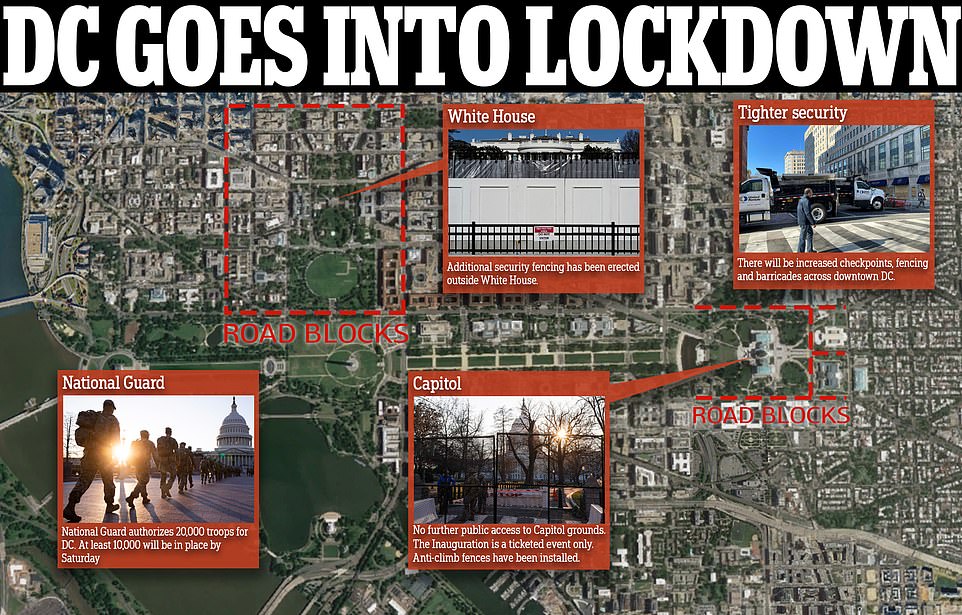 The Secret Service will take control of inauguration security preparations from today and road closures are now in effect across parts the downtown Washington DC area until after the inauguration. Further perimeters and additional road closures are expected in the coming days. Access to all roads, parking garages and loading docks – including residential and commercial building – in the White House perimeter will be banned from Thursday morning

Federal authorities warned in the bulletin that extremists have been roused by the death of military veteran Ashli Babbit, who was fatally shot by police after storming the Capitol. The bulletin warned that Babbit’s death could be considered ‘an act of martyrdom’ by some extremists in their plots to target the inauguration.

The bulletin said it was possible some extremists and militia groups believed ‘violent action is necessary’ because there ‘is no political solution to address their grievances’ given the false narrative of a stolen election that has been peddled by President Trump.

Warnings have also been issued about possible armed protests from the Boogaloo Boys – a movement that aims to start a second Civil War.

He warned that states like Wisconsin, Pennsylvania, Michigan and Minnesota were at higher risk of local attacks because of the less strict gun laws and militia history.

‘I’d be more concerned about what you don’t see in terms of serious militant type who’d try to upset this event rather than the large crowds we saw on January 6. But, thankfully the law enforcement officials are united this time,’ Bratton said.

It comes as the National Guard, who descended on Washington DC in the aftermath of the Capitol siege, were told to prepare for the possibility that those plotting inauguration attacks will be using improvised explosive devices and be heavily armed.

The troops were briefed on the IED threats after pipe bombs were uncovered in the aftermath of last week’s deadly siege on the US Capitol, sources told Politico.

A total of 20,000 National Guardsman have now been authorized to descend on Washington to help safeguard the capital ahead of Biden’s inauguration. There are already 6,200 troops on the ground in DC and at least 10,000 will be in place by Saturday. 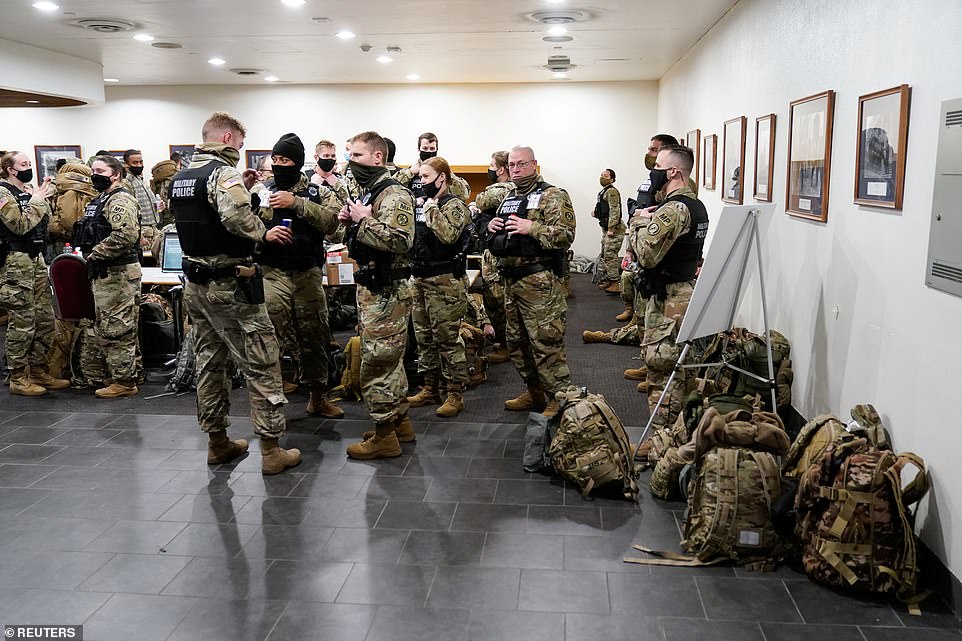 The FBI is warning police chiefs across the US to be on ‘high alert’ for extremist activity because the deadly siege on the Capitol will be a ‘significant driver of violence’ during Joe Biden’s inauguration. Members of the Military Police are pictured assembling in DC on Thursday morning 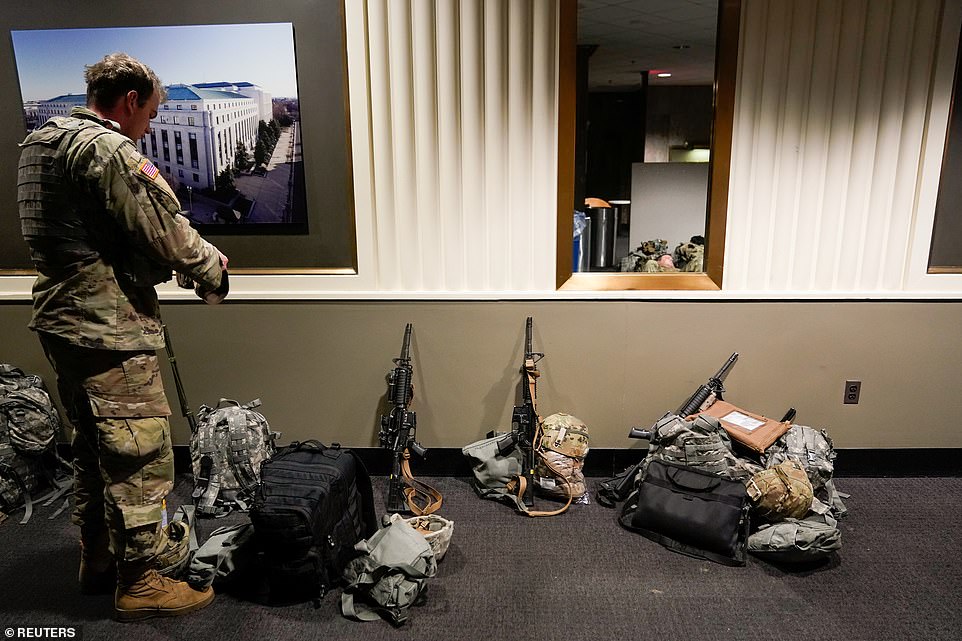 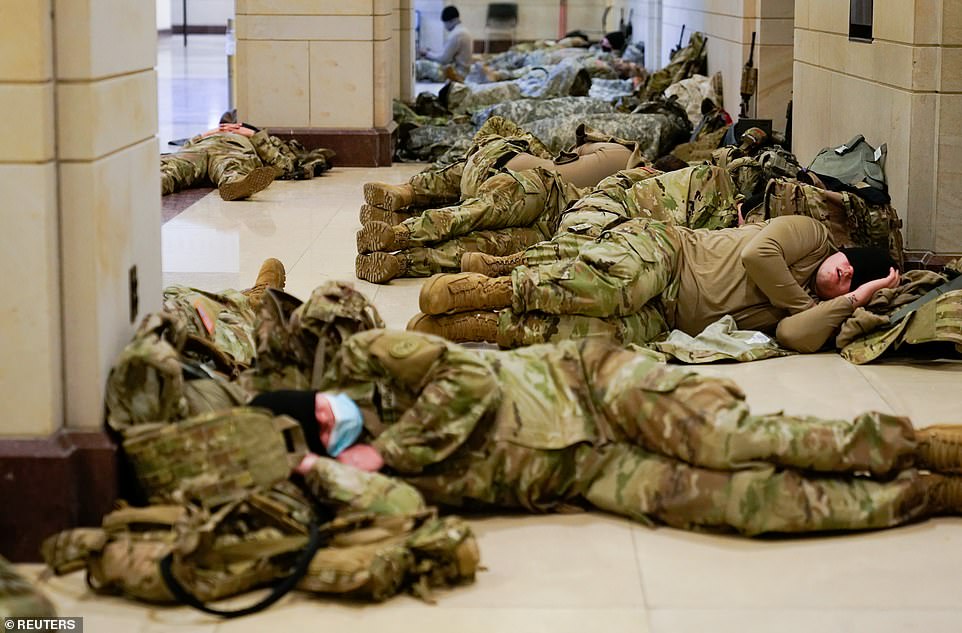 The troops have now been cleared to carry handguns and rifles after previously only been authorized to carry protective equipment. National Guard members operate under strict rules of engagement on the use of force. It is not yet clear how many Guardsman will be armed.

The troops, thousands of other law enforcement officers and layers of eight-foot, anti-climb steel fencing are among the reinforcements being used to fortify DC a week out from the inauguration in a bid to protect the capital from any violence.

The Secret Service is now in charge of inauguration security preparations with the FBI, National Guard, US Marshals Service, local law enforcement and other federal agencies now falling under their command.

The Secret Service is in charge of all security decisions related to the inauguration but will rely on the FBI for intelligence gathering and other agencies to set up road blocks and patrol areas.

The increased security measures are being implemented days earlier than scheduled as a direct result of the Capitol siege and the planned plots subsequently uncovered by authorities.

Starting from Wednesday, Washington Mayor Muriel Bowser said that anyone inside the inauguration perimeter might be stopped and questioned.

Starting Friday, all parking garages in the downtown restricted zone will be sealed until after the inauguration.

“Clearly we are in uncharted waters,” Bowser said, adding that last week’s attack had “impacted the way we are approaching working with our federal partners in planning for the 59th inauguration’. 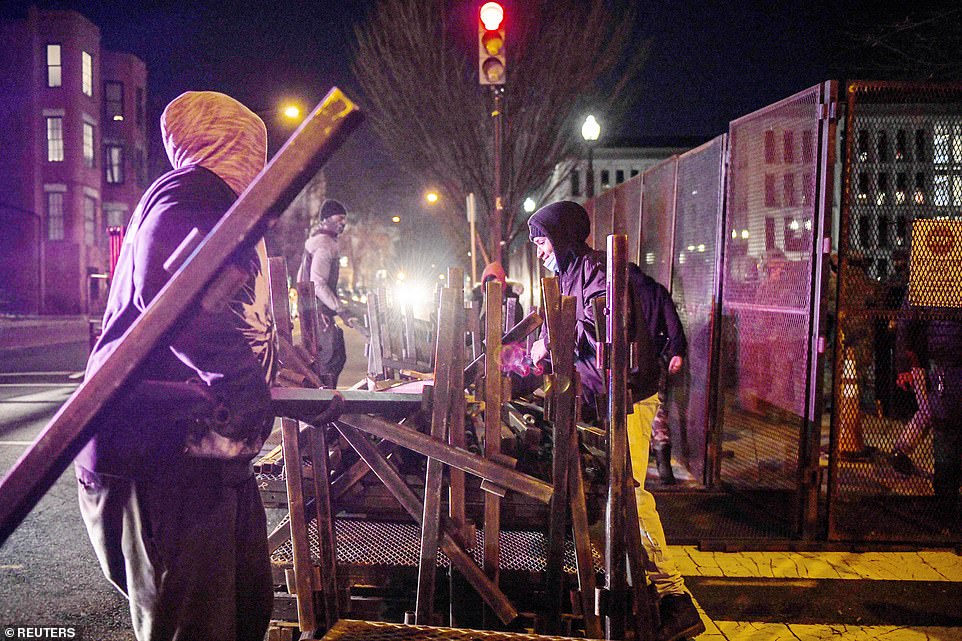 Workers set up barricades surrounding the U.S. Capitol late on Wednesday as additional warnings were sent out by the FBI 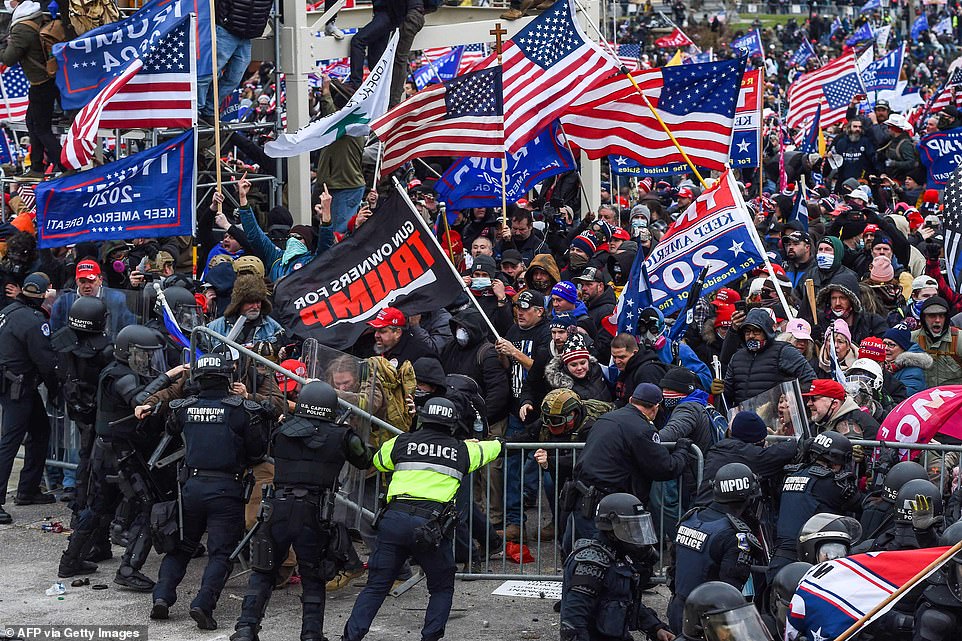 The National Guard, who descended on Washington DC in the aftermath of the Capitol siege, were told to prepare for the possibility that those plotting inauguration attacks will be using improvised explosive devices and be heavily armed