Does hotel quarantine really have to be so unpleasant? Fifo worker shares his stunning isolation villa in Phuket and asks why Australia can’t do just a little better

A fly-in-fly-out worker has shared his stunning isolation villa in Phuket and gourmet meals as he calls for better hotel quarantine conditions in Australia.

Ed Thistlewaite, who lives in Singapore, spent two weeks in isolation at Mercure Brisbane last year when he returned to Australia after his mother suffered a stroke.

He said he was given no choice in hotel selection and ‘being told where you must stay in substandard hotels without balconies or windows’ was a ‘beyond terrible and expensive experience’.

Now, the Australian ex-pat is questioning why his home country’s quarantine system is so unpleasant after recently staying in the luxury Anantara Resort in Thailand on a work trip – for a similar price. 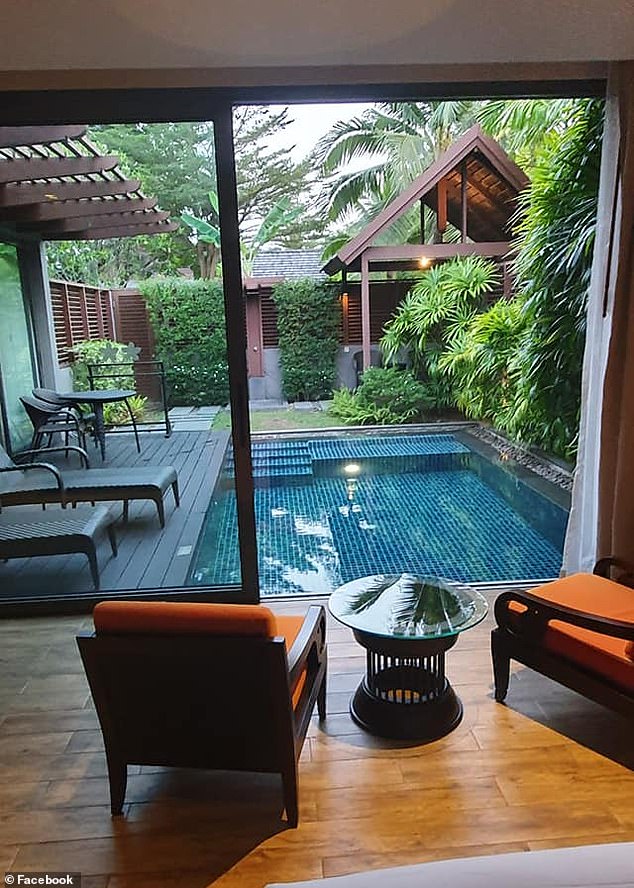 Mr Thistlewaite shared photos of his incredible villa, featuring an outdoor pool, courtyard, and spacious bathroom, in a Facebook group for Australians stuck overseas or in quarantine.

‘Does quarantine need to be the way it is in Australia. Answer = No,’ he wrote.

‘[Doing quarantine in Thailand] has been so much less stressful. [It is] mentally and physically much healthier and where humans should be held for 15 days.

‘It is so great to have a choice in hotel selection and not get forced to pay a fortune for an old overnight hotel with no window or balcony and awful food along with getting made to feel unwanted and like a criminal.

‘No one is travelling at the minute for fun it is nice not to be treated as an inconvenience.’

Mr Thistlewaite also posted images of some of his delectable meals, saying there was ‘no need for Uber Eats and cutlery’ at his accommodation. 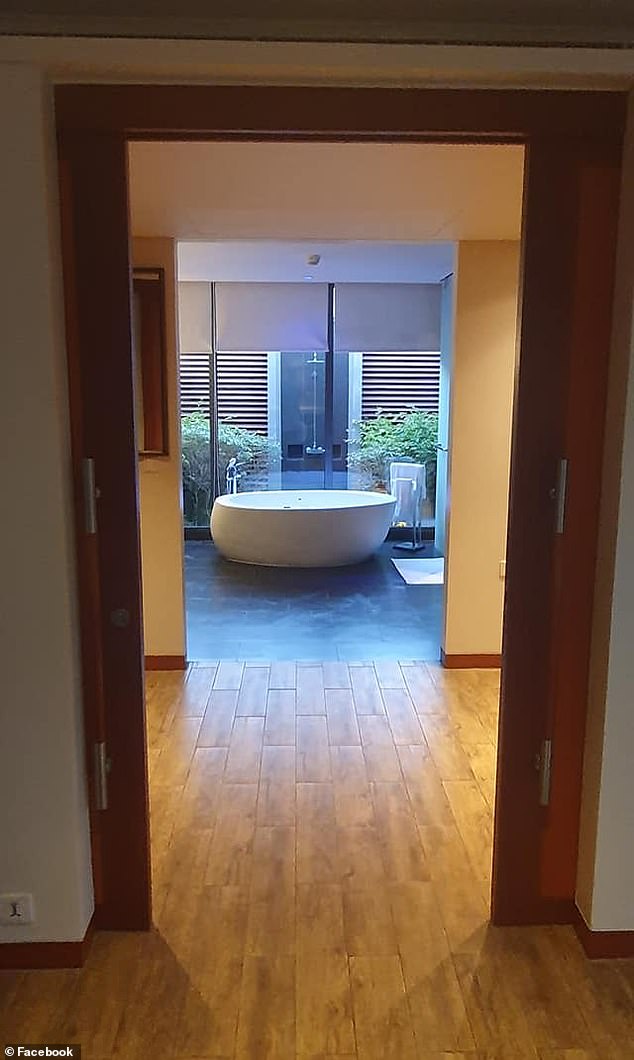 So far, his menu options have included a salmon fillet with a side of baked potato and sautéed asparagus, and chicken breast with roasted potatoes and peas in gravy with a bed of salad.

Australians were amazed by his lavish living conditions, with some putting up their hands to enter quarantine voluntarily just to get a taste.

‘GET OUT! sign us up for a year of isolation please,’ one woman wrote.

Mr Thistlewaite stressed that he was not arguing returned Australians should be provided with the same accommodation he received.

Australia should simply be doing more for people who have to quarantine, rather than offering overnight accommodation venues, he said.

He suggested that the government adopt Thailand’s model, which offers travellers a choice of where they would like to stay based on their budget.

Others agreed: ‘Australia, this is the example to take from!’ one woman commented.

Another wrote: ‘So much nicer than the Australian style.’

‘That is how human beings should be treated,’ someone else said.

‘Doctor visit on the first day and a nurse facetimes you twice a day and you show your temperature,’ he said.