By Derek Lawrenson for the Daily Mail

If it was a boxing contest it would be billed as the Southport Stylist versus the Modesto Monster. There again, given the four stones in weight disparity and the eight or nine inch difference around the waist, it could never happen in boxing.

In golf, however Tommy Fleetwood will have high hopes of punching his weight and more against Bryson DeChambeau for a place in the last 16 of the WGC-Match Play Championship in Austin, Texas.

Form would suggest a straightforward victory for the man hailing from that small Californian town who’s anything but modest. But, given we’re always told form gets lobbed out of the window when it comes to match play, Fleetwood will fancy his chances of extending DeChambeau’s curiously poor record as a pro in this format. 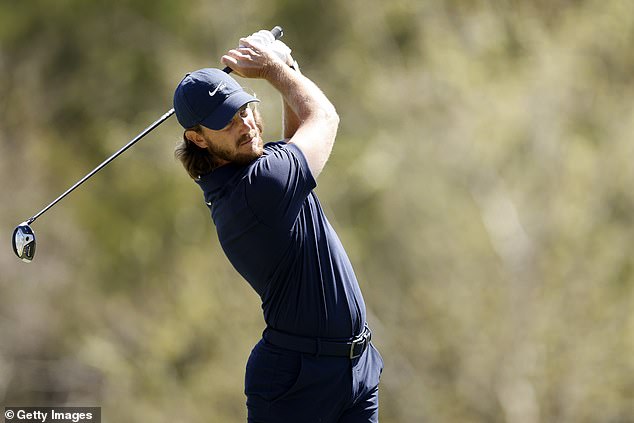 Given how much he’s messing with the heads of some of his rivals these days, it’s fascinating to discover that when it comes to head-to-head, the US Open champion has played ten matches in various match play events and won precisely two. That even includes his victory on Thursday against Korean Si Woo Kim.

Fleetwood took care of Antoine Ruzner from France, who played as if he was still mentally dining out on his victory over DeChambeau the previous day. It’s been a quiet start to the season for Fleetwood but what an opportunity he has today to change all that.

‘Bryson has been smashing it literally and figuratively for the past nine months so it’s going to be an exciting match, for sure,’ said the Englishman. 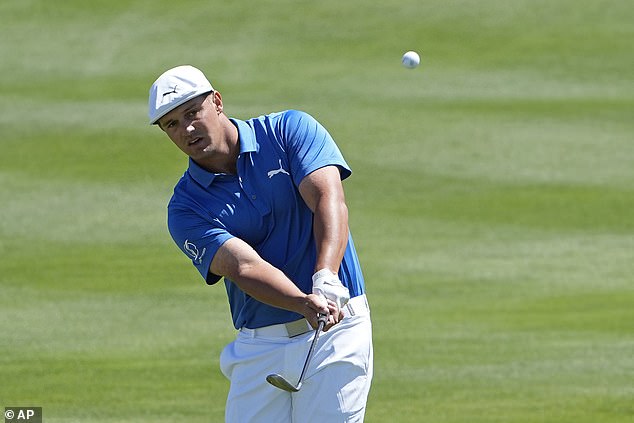 ‘I played him in a foursomes match in the last Ryder Cup (he and Frankie Molinari beat Bryson and Tiger Woods) but he’s come on leaps and bounds since then. The important thing for me is to stick to what I can do, and play like I did against Antoine. It was windy out there and while my putting wasn’t great, I was able to rely on my ball striking. I thought I kept him under pressure all day.’

Scot Bob MacIntyre came so close to pulling off the best win of his burgeoning career against American Dustin Johnson.

The 24 year old leftie from Oban, making his debut in this event, played some fine golf to go two up with three to play but the Masters champion showed his class with an eagle at the 16th followed by a birdie at the 17th. 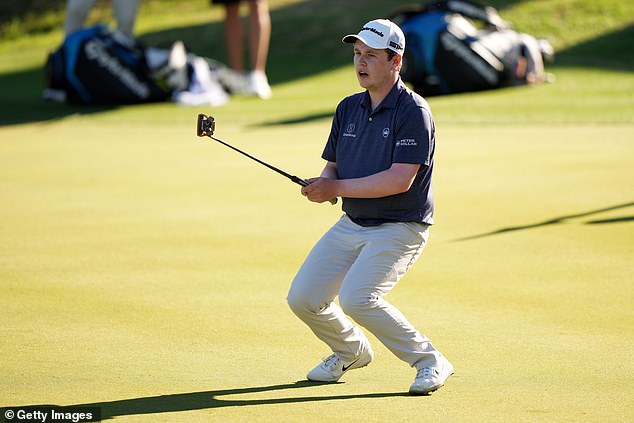 The first meeting between the world’s best right and left-handed golfers ended at the 18th with a share of the spoils.

Rory McIlroy turned in a much improved performance to beat American Lanto Griffin but Ian Poulter, the event specialist who beat the Northern Irishman heavily on day one, remains in charge of this group after beating Australian Cameron Smith.

Sergio Garcia, who lives in Austin, followed up his win against Lee Westwood with a comfortable triumph over an out-of-sorts Tyrrell Hatton. A victory today over Matt Wallace – who lost to Westy yesterday – will see the Spaniard knock out all three Englishmen.