Furious fans have berated cricket legends Shane Warne and Andrew Symonds for not apologising for comments made about star Australian batsman Marnus Labuschagne.

The retired pair mocked Labuschagne for his colourful batting methods in a vicious rant streamed on Kayo Sports on Friday night.

Warne and Symonds were seemingly unaware their comments were broadcast live across Australia.

Kayo went on to issue an apology for the embarrassing faux pas but Warne and Symonds remained tight-lipped.

‘Our stream started early and caught some unacceptable comments,’ the Kayo statement read.

‘On behalf of Kayo Sports and the commentary team, we unreservedly apologise.’

Warne described Labuschagne’s batting technique as ‘annoying’ while Symonds said he needed to be ‘hogpiled’.

The apparent lack of remorse from the pair wasn’t appreciated by irate cricket fans.

‘Have I missed Warne’s apology to Marnus? Haven’t seen it anywhere…’ one fan posted.

A second pointed out Warne had ‘all day’ to apologise on Fox Sports following the incident while another said that it ‘speaks volumes the apology came from Kayo, not Warne or Symonds’.

‘I don’t know if Marnus has ADD or ADHD, nor if he takes meds. His medical history is his business,’ she posted on Warne’s Twitter account. 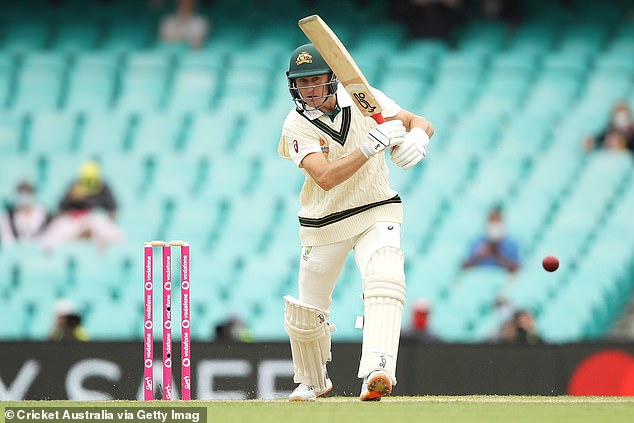 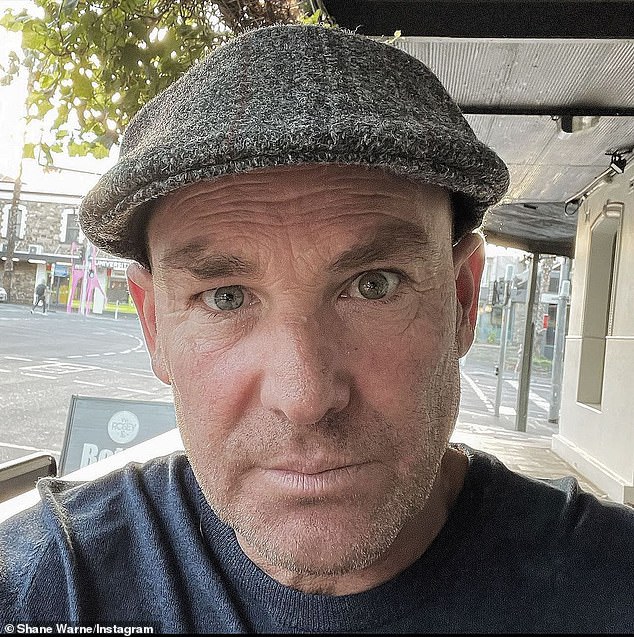 ‘Do something now to his ADD (attention deficit disorder) f***ing pills,’ Symonds appeared to state, referring to the eccentric Labuschagne.

‘We’ll have to give him the hog pile,’ Symonds said, as the pair laughed.

‘Mate if you keep that sh*t up we’re going to have to squash your guts out your ar*e.’

Fellow commentator Mark Howard sat next to the pair during their vicious rant, but didn’t weigh into the chat.

Cricket fans on social media didn’t appear to be overly surprised at the antics of Warne and Symonds.

One cheekily suggested it must have been ‘Joe the Cameraman’, a reference to Channel 9 cameraman Joe Previtera, who in 1999 uttered ‘can’t bowl, can’t throw’ when referring to then Test player Scott Muller.

Many fans at the time widely felt the slur – picked up by Channel 9 mircophones – came from Warne, but Previtera insisted at the time he was the guilty party.

One fan stated on Twitter ‘it was like hearing two old mates at the pub’, before another said ‘Attention Warnie and Roy: The microphone is ALWAYS on.’ 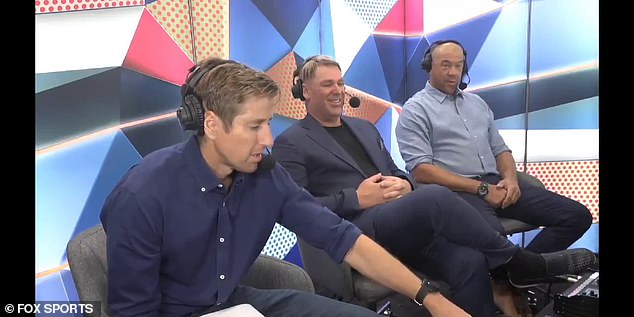 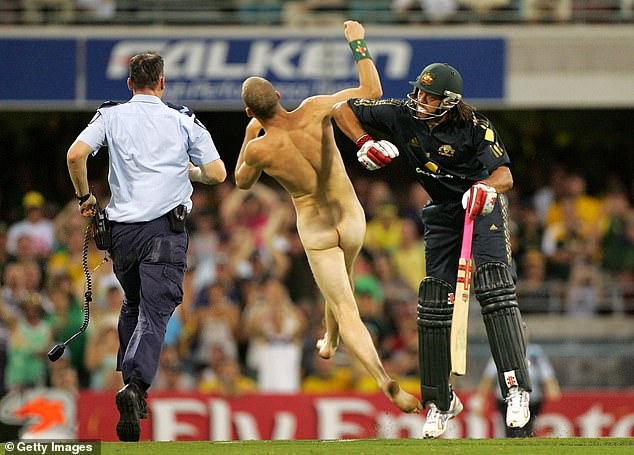 In their playing careers, Warne and Symonds were in the headlines for their off-field antics almost as much as their ability in their whites.

Spin king Warne freely admits he made a number of ‘poor choices’, including liaisons with multiple women when married or in relationships and taking a diet pill his mother gave him before the 2003 World Cup, which resulted in him serving a 12 month drug ban.

Symonds, an enigmatic talent before finally realising his potential, was once banned from representing Australia in a one-day international after turning up drunk to play Bangladesh in 2005.