A 200-kilogram fur seal has been found on the rugged south coast of Tasmania with a huge hook poking through its muzzle.

Wildlife authorities are investigating how the large fishing hook became lodged in the nose of the wild Australian fur seal spotted near Cape Hauy, southeast of Hobart, on Wednesday morning.

The hook was from a gaff – which is a pole with a hook used to drag large fish out of the water. 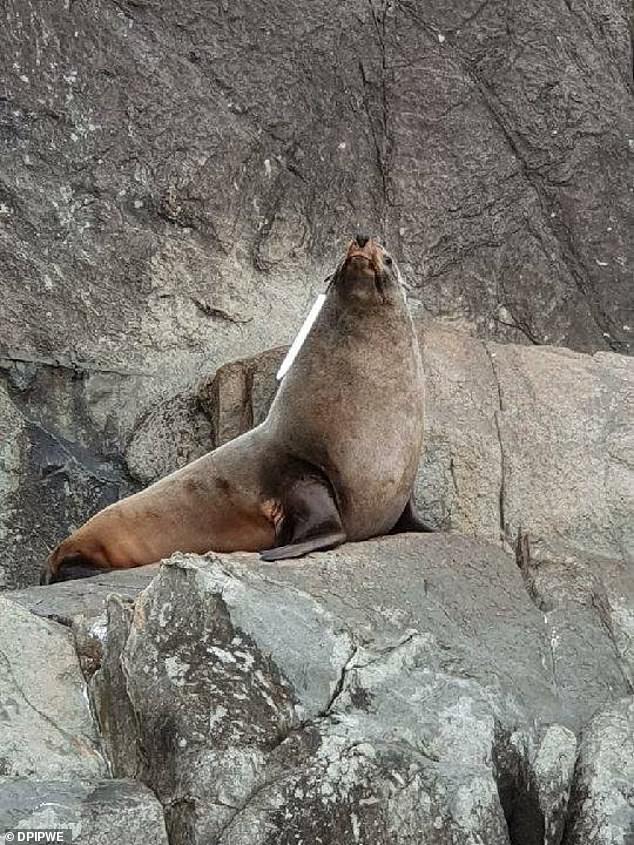 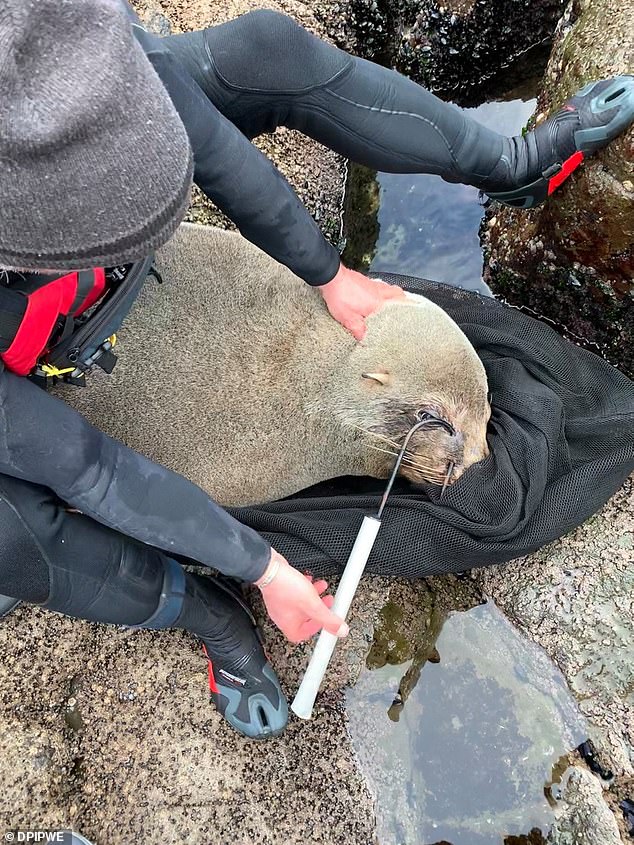 Wildlife rangers and marine conservation staff from Tasmania’s Department Primary Industries, Parks, Water and Environment tracked down the seal and were able to sedate it and safely remove the hook.

Wildlife biologist Sam Thalmann said the seal was settled and relaxed before they approached.

‘The seal’s eye was intact and the penetration was superficial through the upper nose,’ he said.

‘The seal was in good condition despite its injury and soon slipped back into the water and swam away.’

Mr Thalmann said sedating an animal of that size is tricky and the outcome was a good one.

Authorities are asking anyone with information to come forward by contacting the Department Primary Industries, Parks, Water, and Environment on 0417 661 234.

Seals are a protected species and deliberate interference with them is illegal.

‘Most fishers are aware that seals will follow a fish close to a boat and take the catch,’ Mr Thalmann said.

‘We encourage all fishers to be responsible when fishing as well as when cleaning and disposing of fish waste and equipment.’

‘Fishers should also be mindful that the ocean is a seal’s habitat.’ 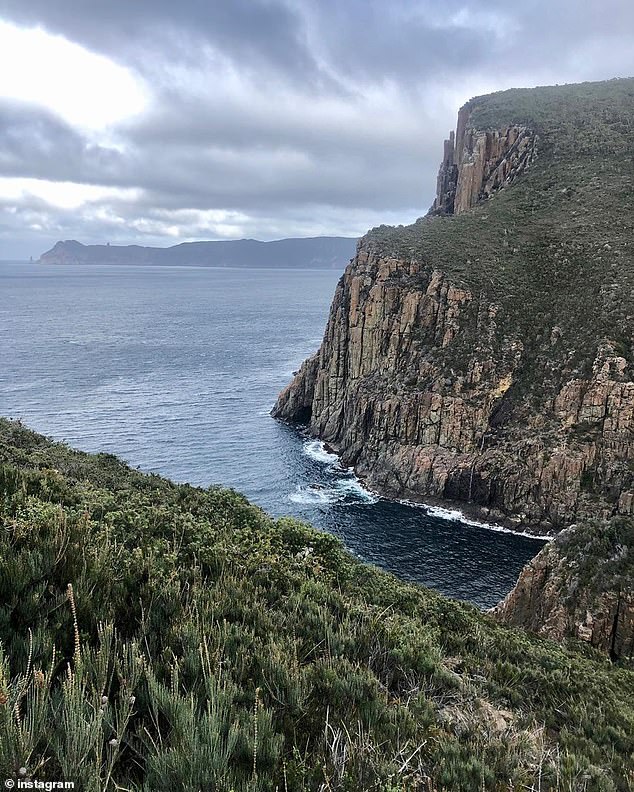 August 4, 2020
Comments Off on The HUGE change to Australian McDonald’s which could change your Big Mac run forever

July 26, 2020
Comments Off on COVID-19 survivors reveal they are suffering symptoms of the virus MONTHS after it left their bodies

July 10, 2020
Comments Off on High school tutor who only stopped wetting the bed at 13 jailed for sleeping with an underage girl

August 8, 2020
Comments Off on Casualty star Jason Durr devastated by double tragedy as sister-in-law dies and mum die within days

Dominic Lawson: To win the war on Covid-19 we must inoculate Britain against the crazy anti-vaxxers

July 13, 2020
Comments Off on Dominic Lawson: To win the war on Covid-19 we must inoculate Britain against the crazy anti-vaxxers

August 7, 2020
Comments Off on Bags of fireworks WERE stored alongside explosive ammonium nitrate at Beirut’s port, says worker

July 20, 2020
Comments Off on Tasmania records its first possible case of coronavirus in two months

July 9, 2020
Comments Off on Melbourne Woolworths worker tests positive to coronavirus sparking outbreak fears
Broome helicopter crash: Parents of Amber, 12, who died in the accident, break their silence
Inside the land of the free: The good people of Geelong are living the good life