Australia’s most tattooed doctor has revealed how her body art obsession began with a simple rose tattoo but now has a huge impact on every aspect of her life.

Dr Sarah Jane Gray, a surgical resident and tattoo shop owner from Adelaide, has been working towards having a full body suit since she was 25.

The 32-year-old has tattoos celebrating her biggest achievements including being accepted into her medical residency and to celebrate the birth of her son, Ramone.

Australia’s most tattooed doctor, Dr Sarah Jane Gray, has revealed how her body art obsession began with a simple rose tattoo but now has a huge impact on every aspect of her life 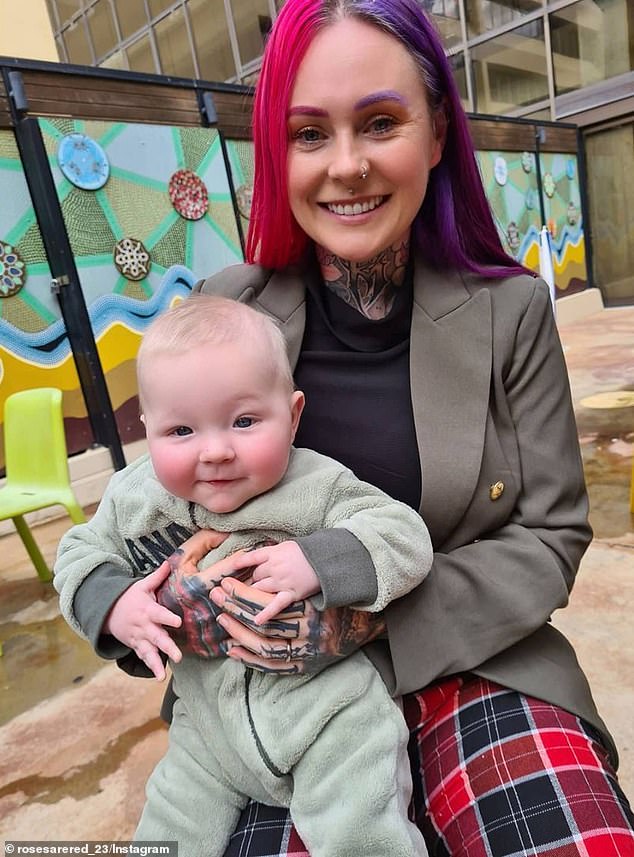 Dr Sarah is pictured here with her son Ramone. Her most meaningful tattoo is dedicated to him 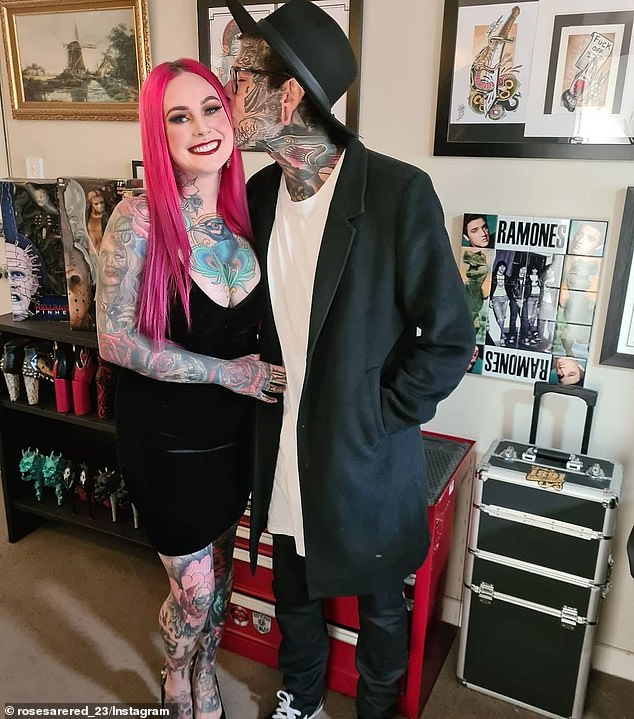 The mum is pictured here with her husband, Bumer, with whom she owns a tattoo shop

And while picking a favourite tattoo seems an impossible task, Dr Sarah revealed the most important one.

‘My most recent one means the most to me as it’s an ‘R’ for my son Ramone on the front of my neck,’ she said.

But some of her light-hearted tattoos are important to her as well.

‘I have a Nicholas Cage portrait from ConAir and Dr Nick Riviera from the Simpsons that I had done to celebrate being accepted into my surgical residency.’ 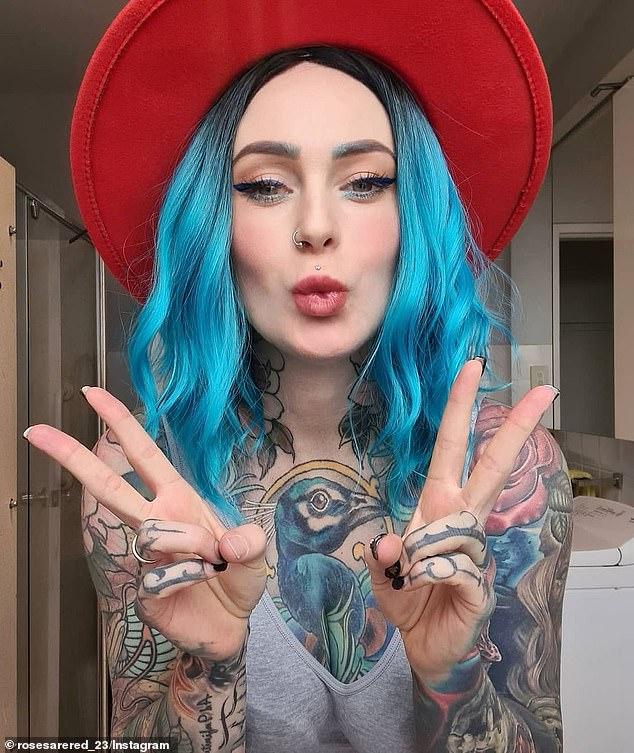 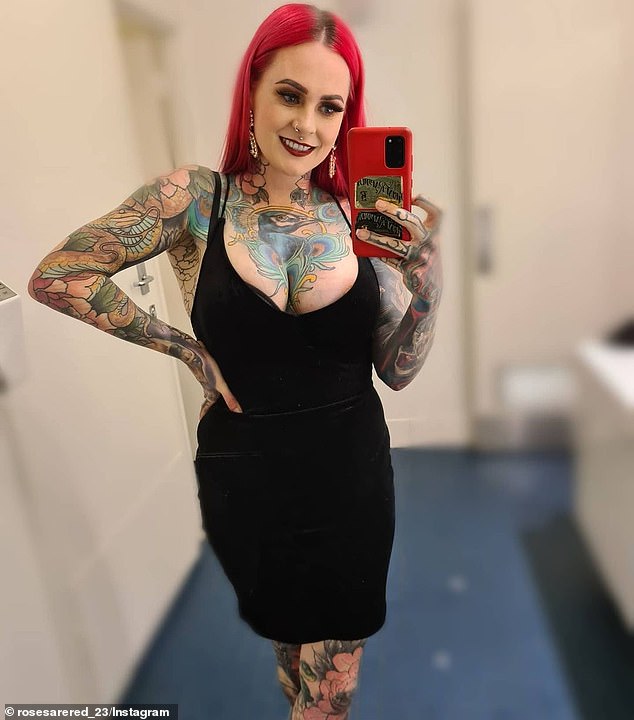 The new mum, who has brightly coloured pink and purple hair to compliment her body art, won the Miss Inked Beauty Pageant in 2017 and works hard to break down negative stigma about tattoos.

She achieves this while working in a white-collar, patient-facing job by having conversations about body art with her patients, who are never too shy to ask questions about her tattoos.

‘I love talking about tattooing and helping to break down any existing negative stigma associated. Tattoos do so much more for people than just allowing them to express their creativity, they make people feel whole again,’ Dr Sarah said.

And hearing their stories is just as powerful.

The 33-year-old has meaningful tattoos celebrating her biggest achievements including being accepted into her medical residency and to celebrate the birth of her son, Ramone 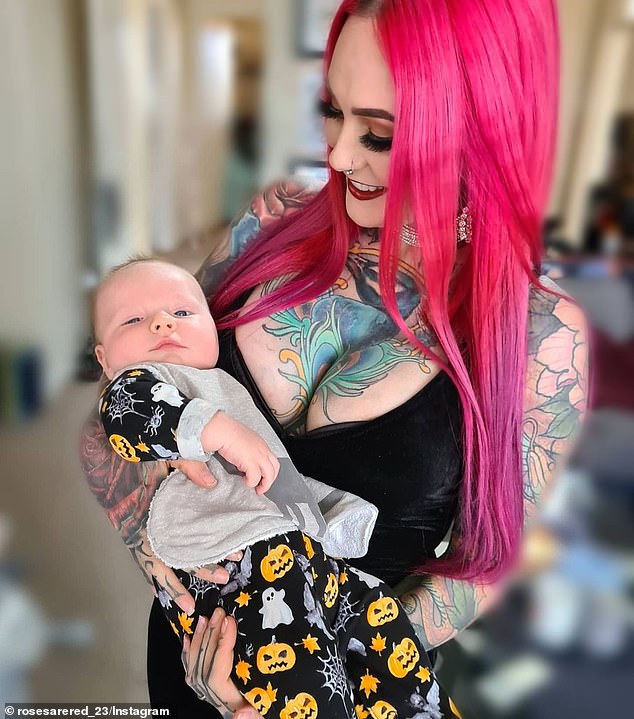 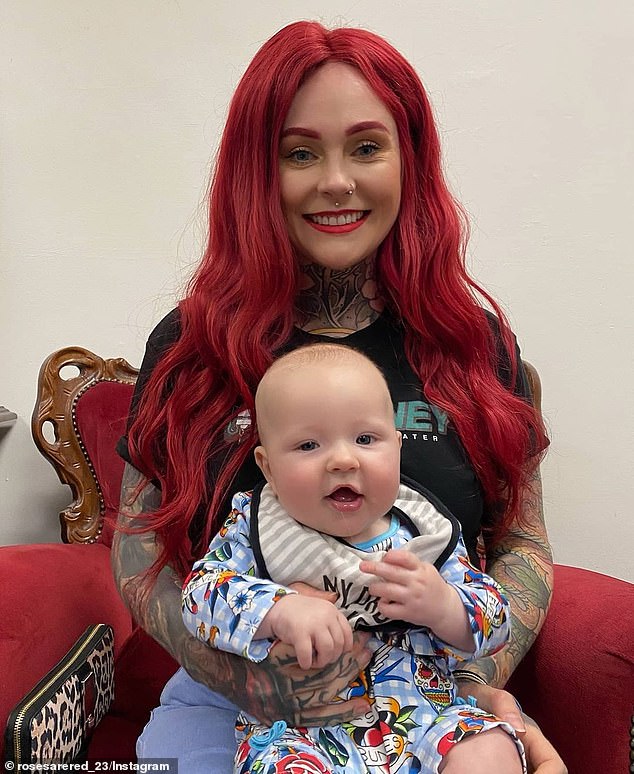 The mum says empathy and clinical skills make a great doctor, not their appearance

‘Seeing a breast cancer survivor complete their journey by regaining back the anatomical appearance of their nipple and areola post mastectomy is just one example of this,’ she said.

Despite having so many visible tattoos, Dr Sarah has never had a problem getting a job, including medical placements.

‘I’ve never hidden who I am, my employers have always been really supportive of my creativity and diversity,’ she said.

‘It’s not your appearance that defines how good of a clinician you are, it’s your communication, clinical skills and empathy.

‘Anyone that thinks otherwise needs to look at their own unconscious bias.’

Dr Sarah co-owns The Grim Raptor tattoo studio with her husband Bumer, who is an artist.

She prefers to give artists creative freedom when she gets a new tattoo. 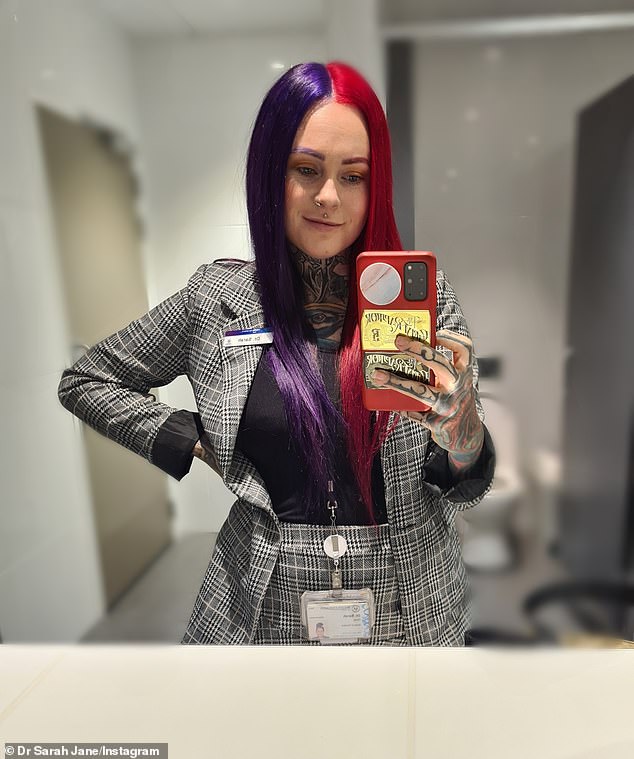 Her first tattoo, a rose, has since been covered as she continues to work toward an incredible tapestry of art across her body 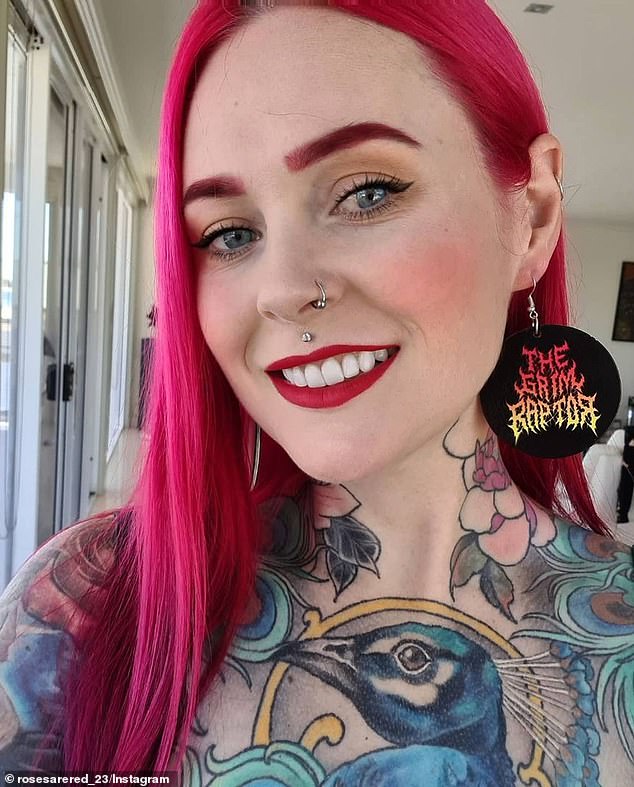 Her first tattoo, the rose, has since been covered as she continues to work toward an incredible tapestry of art across her body.

Dr Sarah says people’s diversity, including the way they choose to express themselves artistically or physically should always be encouraged and embraced.

‘Irrespective of one’s age, race or gender. You can achieve anything you want if you work hard enough for it,’ she said.

Dr Sarah is an ambassador for the 11th annual tattoo expo which kicks off in Brisbane in July.