By Erica Tempesta For Dailymail.com

A high school principal bid the class of 2021 farewell with his emotional rendition of ‘I Will Always Love You’ at their graduation ceremony.

Marcus Gause stunned his students at Wingate Andrews High School in High Point, North Carolina, when he belted out the lyrics to the 1974 Dolly Parton song, which was famously covered by Whitney Houston in 1992.

Winston McGregor, a member of the Guilford County Board of Education, shared a video of the incredible moment on Facebook earlier this week, calling it ‘pure gold.’

Incredible: Principal Marcus Gause stunned students at Wingate Andrews High School in High Point when he performed ‘I Will Always Love You’ at their graduating ceremony 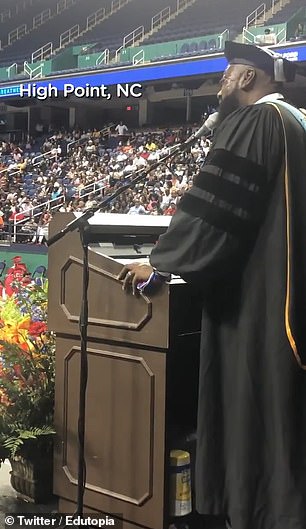 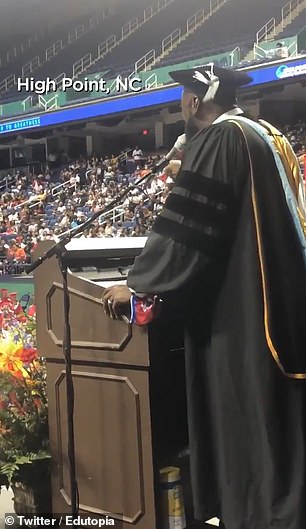 Gong viral: Footage of the heartwarming moment was shared on Facebook and later Twitter, where it has been viewed close to one million times 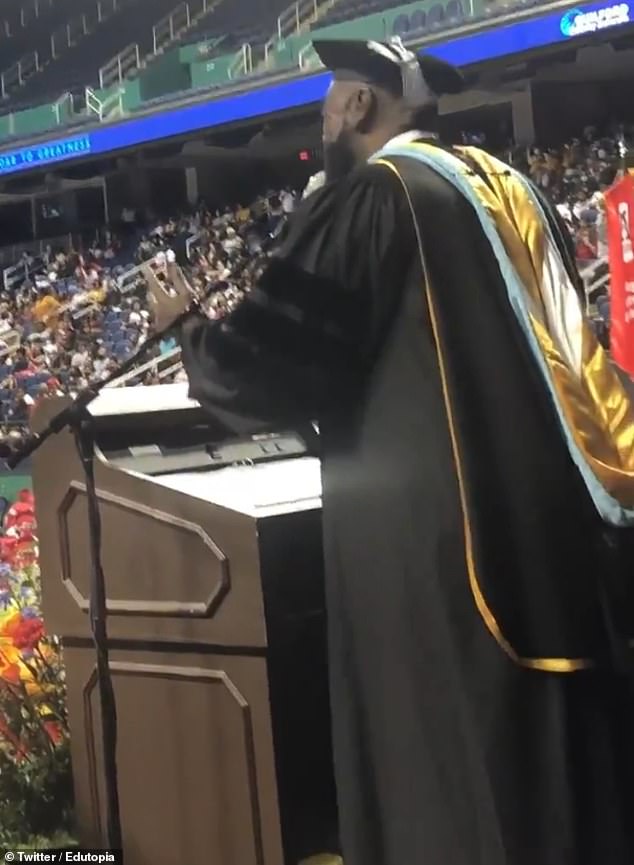 Amazing: The viral video shows the principal standing at the podium at the Greensboro Coliseum in his cap and gown as he serenades the class of 2021

The footage shows Gause standing at the podium at the Greensboro Coliseum in his cap and gown as he serenades the graduating students, wishing them joy, happiness, and — above all — love as he sings the famous lyrics written by Parton.

McGregor urged people to help make the video go viral, writing: ‘I don’t have to tell you how emotional these graduations have been. Help me show them some love.’

The heartwarming clip has since been shared on Twitter, where it has been viewed close to one million times. 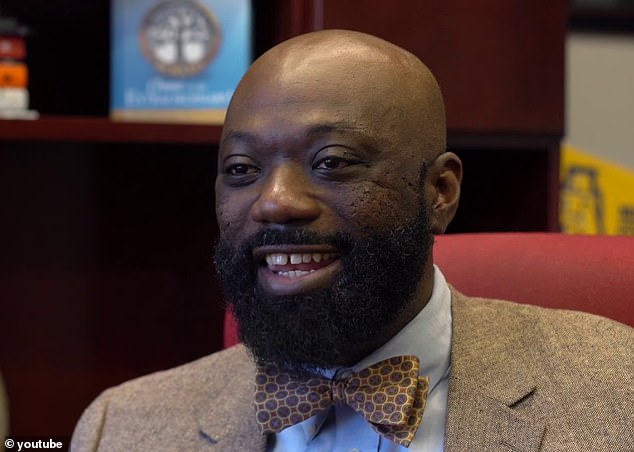 Inspiring: The song was written and performed by Dolly Parton in 1974 and covered by Whitney Houston in 1992. Gause admitted there was some ‘nervousness’ when he took the stage

‘I love love love this clip!’ someone else commented. ‘We must show our young people love! Congratulations Principal Marcus Gause of Andrews High School in High Point, NC.’ 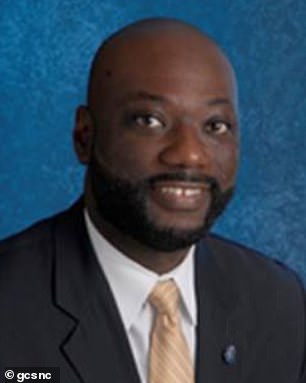 Love: Gause said the lyrics were what he was trying to portray to his students

Another added: ‘Drop the mic and give this man the Principal of the year award!!

‘Talk about a memorable, unforgettable send-off for graduates whose hearts he opened wider than the sky is blue. Well done, Mr. [Gause], well done.’

Gause knocked it out of the park when he performed the ballad, but he later admitted that tackling the song on graduation day was a bit intimidating.

‘Of course, there’s a nervousness because nobody sings behind Whitney Houston and greats likes Dolly Parton but, the lyrics were what I was trying to portray to my students,’ he explained to ABC News.

‘One of the things that the pandemic has really taught us is that we need more love, that students know that we love and care for them,’ he added.

Student Mekhi McRae told the news station that he will never forget the principal singing to them, saying: ‘He is a big part of why I am who I am today.’