A kind-hearted elderly man was the victim of a savage carjacking on Monday night after offering to give a stranger a lift home.

The man, in his 70s, was attacked with a hammer in Ascot Park, in Adelaide‘s inner south, soon after giving a ride to the other man around 7pm.

With the thug in his car passenger seat – who had requested a lift nearby – the victim was then allegedly hit in the head, causing him to smash into a parked car in South Plympton.

Vision from the scene shows the younger man in his 20s continuing to assault the older man after the crash before speeding off in the vehicle.

The victim received a minor head injury and was taken to Flinders Hospital for observation.

Neighbour Rei Zhang, 19, said the elderly man was a ‘really good guy’ and ‘would do anything for anyone.’

‘Whoever did this is a coward.’

The suspect is described as being Caucasian, in his early 20s with a shaved head and dark beard.

At the time of the alleged incident, he was wearing a black long sleeve T-shirt, black Adidas trackpants, white sneakers and was also sporting an ‘eshay’ type red bum bag.

The attacker fled in the victim’s car, a white 2011 Ford XR sedan with the registration plates S581AKT.

Anyone with information about this incident is urged to call Crime Stoppers on 1800 333 000. 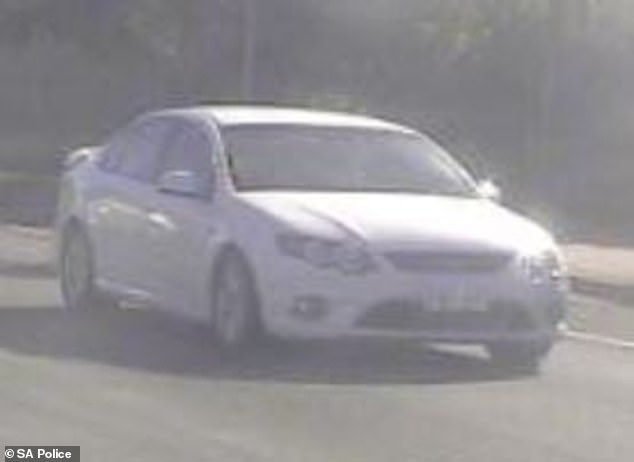 The offender, who was wearing a black long sleeve T-shirt, black Adidas track pants, white sneakers and was also sporting an ‘eshay’ type red bum-bag the stole the victim’s car, with the registration S581AKT 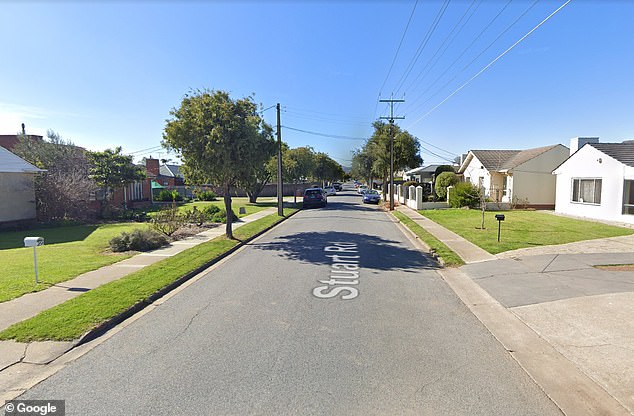 The shocking incident unfolded in Stuart Rd, South Plympton, where the elderly victim crashed into a parked car after he was hit with a hammer by the offender in Adelaide’s south