A violent teen gang has sprung up from a high school and its members are being accused of beating up other students and boasting online of their cash and replica weapons.

Perth‘s ‘Youngins of Chaos’ gang is believed to number around 50 youths, some whom have been posing with cash and imitation firearms on their personal social media pages.

Its members – believed to be current and former students from Como Secondary College, in Perth – have been attacking students from the school, according to parents, and even attracted the interest of Western Australian Police. 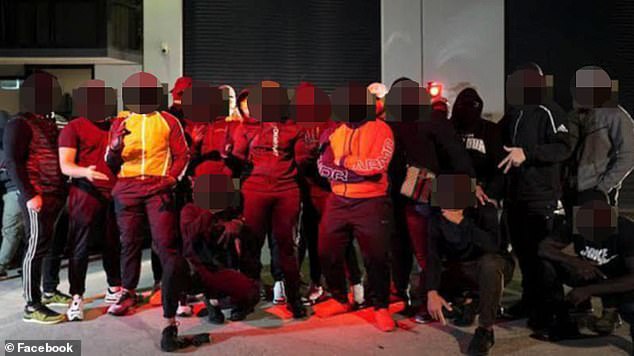 The ‘Youngins of Chaos’ organise themselves to pose for a group photo, one of many posted online showing off their gangland lives 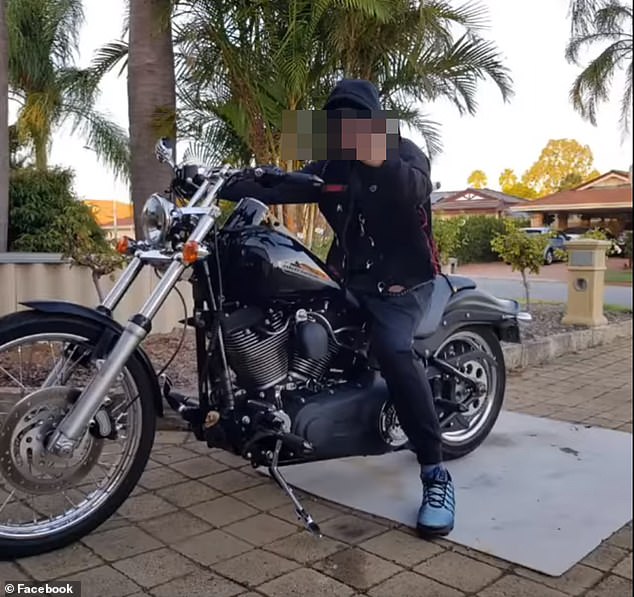 ‘They’re threatening kids and beating up kids,’ a parent said.

Police officers were called out to the south Perth school because of a dispute involving a Youngins of Chaos gang member.

The parent said there were fears the youth gang was becoming ‘a breeding ground for the bikie gangs’.

The teen gang members look to be comprised of Eshays and what are also known as ‘Nike bikies’ – both lad tribes that wear sports baseball caps and sports label clothing, whether real or copies.

The Youngins of Chaos have their own logo – already seen on hoodies in photos proudly posted online – which include a handgun, Nike shoe, a balaclava and ‘6k’, shorthand for Perth’s postcode.

‘Everyone knows what the guns are used for, that explains itself. The (Nike) shoe just recognises the way we dress and the balaclava,’ the gang’s 17 year old leader reportedly told the The West Australian. 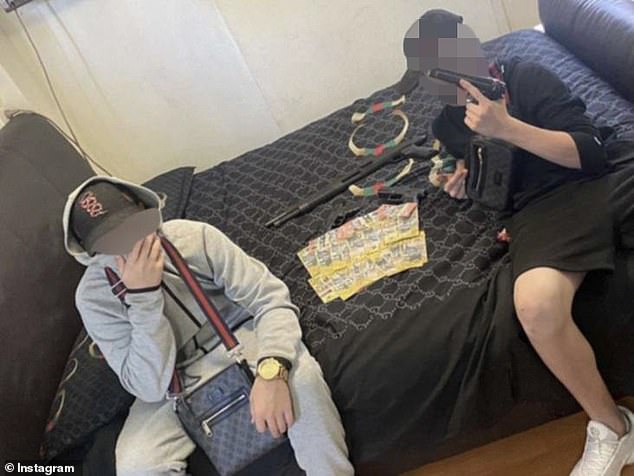 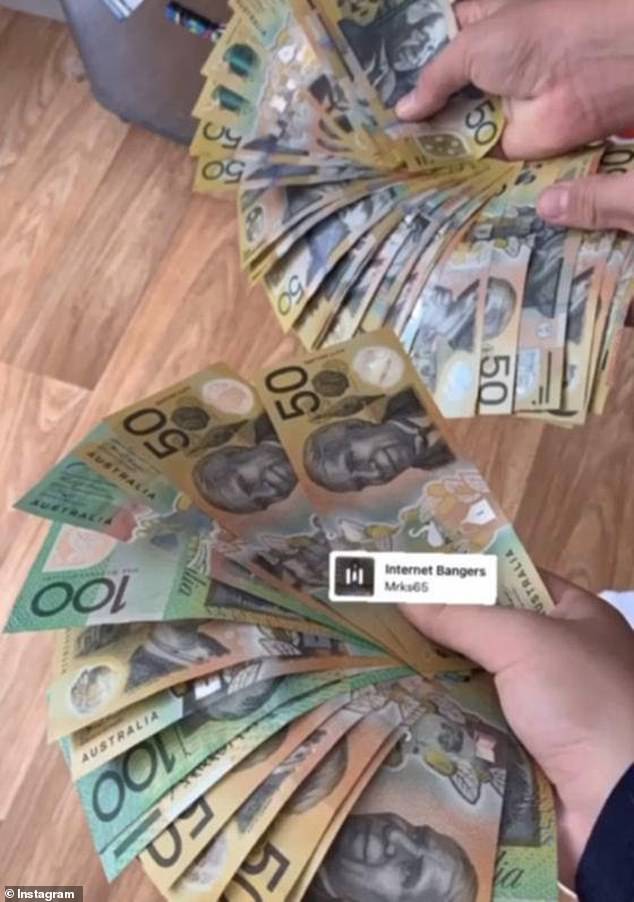 ‘Everyone knows what the guns are used for, that explains itself. The (Nike) shoe just recognises the way we dress and the balaclava,’ the gang’s 17-year-old leader told the The West Australian.

The boy, apparently the son of a former member of a bike gang, said there were already up to 50 Youngins of Chaos members, aged between 14 and 20 who drink together.

WA Police said they did not know of the Youngins of Chaos.

‘We will assess the information and photos provided by The West Australian against our intel,’ he said. 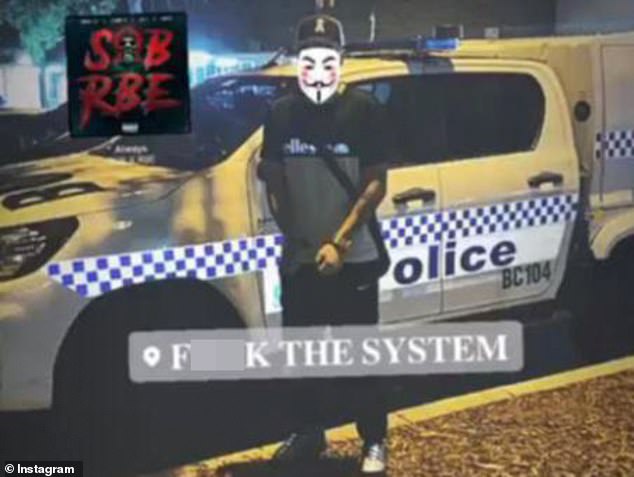 ‘WA Police Force encourages parents to speak to their children and remind them of the risks and outcomes associated with being involved in criminal activity, including the long-term implications criminal records can have on a person.’

Como Secondary College principal Digby Mercer said violence at the school was ‘absolutely not on’.

‘Any student who acts in a threatening or violent manner will be dealt with appropriately and criminal matters will be referred to police,’ he said.