Japan’s new Prime Minister Yoshihide Suga has pledged to keep coronavirus infections under control and kickstart an economy in recession, as Shinzo Abe left office after a record-breaking tenure.

In his first remarks after being elected by parliament earlier Wednesday, Mr Suga emphasised his will be a cabinet of continuity, seeking to further the policies championed by Mr Abe.

“We need to carry forward the policies that the Abe administration was pushing, I feel that is the mission for which I have been called,” Mr Suga told reporters. He sidestepped questions on the possibility of a snap election to consolidate his position, saying that “what the public wants right now is that we manage to end the pandemic soon and at the same time we steadily restore the economy”.

“Achieving both the prevention of the spread of infection and rebuilding the economy is what they desire most… We hope to do our best on this issue first.”

He dwelled little on political ideology or foreign policy goals, instead pledging administrative reform, an end to “bureaucratic silos”, and greater digitalisation of government.

He said he would seek continued strong ties with Washington and stable relations with China and Russia.

But he offered no details and made no mention of ongoing tensions with South Korea, or any specifics of his defence strategy, particularly towards North Korea.

The 71-year-old takes the top job after decades in politics, most recently in the role of chief cabinet secretary, where he was a key enforcer of government policy as well as spokesman.

A long-time Shinzo Abe adviser and right-hand man, Mr Suga has said his run was inspired by a desire to continue his predecessor’s policies.

His new cabinet is full of familiar faces, with Mr Abe’s foreign and finance ministers staying on, and the outgoing premier’s brother appointed to lead the defence ministry. 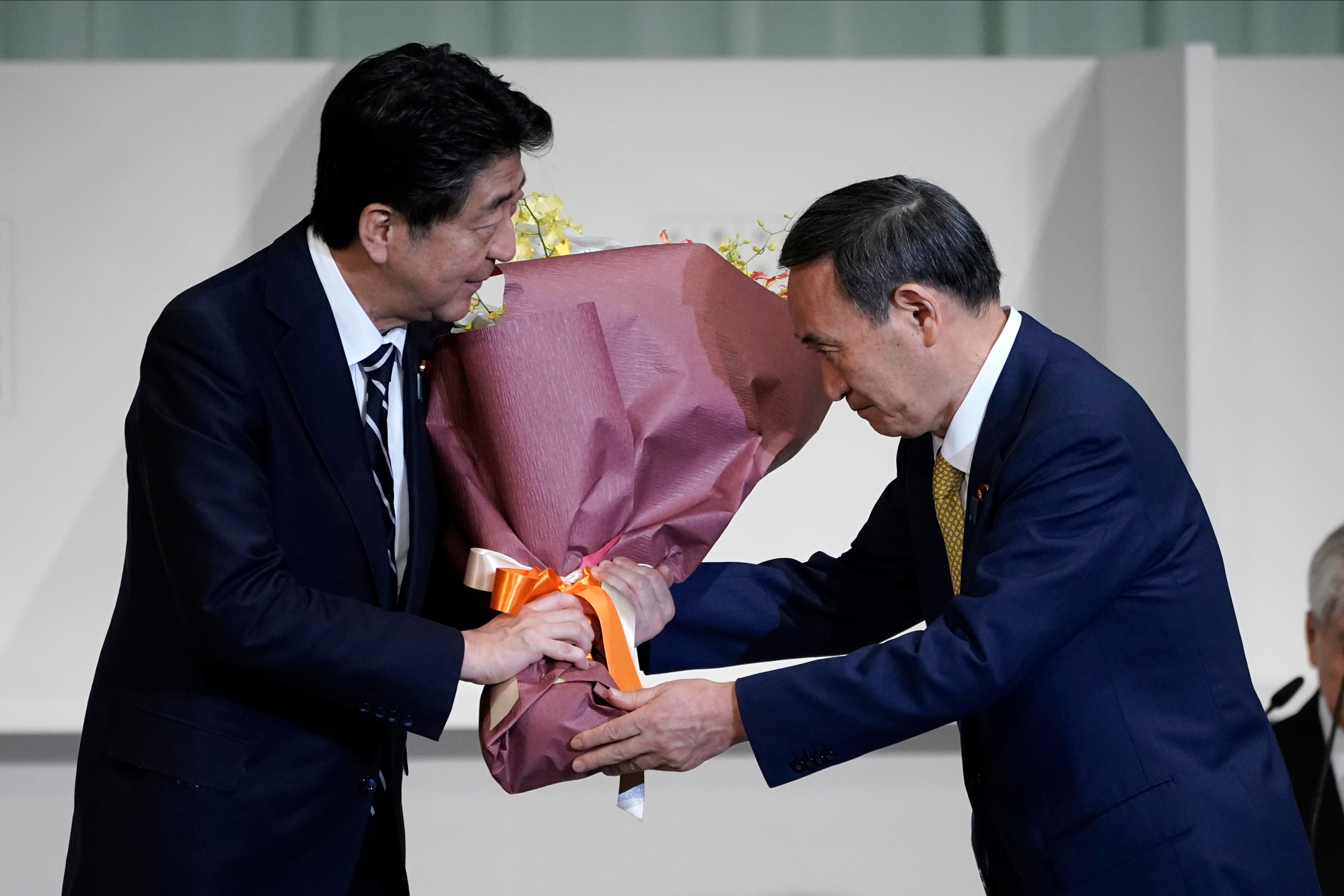 Mr Suga won an easy victory in a vote in parliament, where his ruling Liberal Democratic Party holds a commanding majority.

But he now faces a raft of tough challenges, from immediate problems like the coronavirus and the postponed Olympics, to longer-term issues including a declining population.

“Tough issues are mounting before the Suga cabinet,” said Shinichi Nishikawa, a professor of political science at Meiji University in Tokyo.

“The coronavirus is the top priority to tackle. On the diplomatic front, there are many uncertain factors, including the US presidential election,” he told AFP.

Mr Abe formally resigned on Wednesday along with his cabinet, ending his record run in office with a year left in his mandate.

He opted to step down after a recurrence of ulcerative colitis, a bowel disease that has long plagued him and also helped force an early end to his first term in office, after just a year.

He hands the reins to a man who differs in many ways. 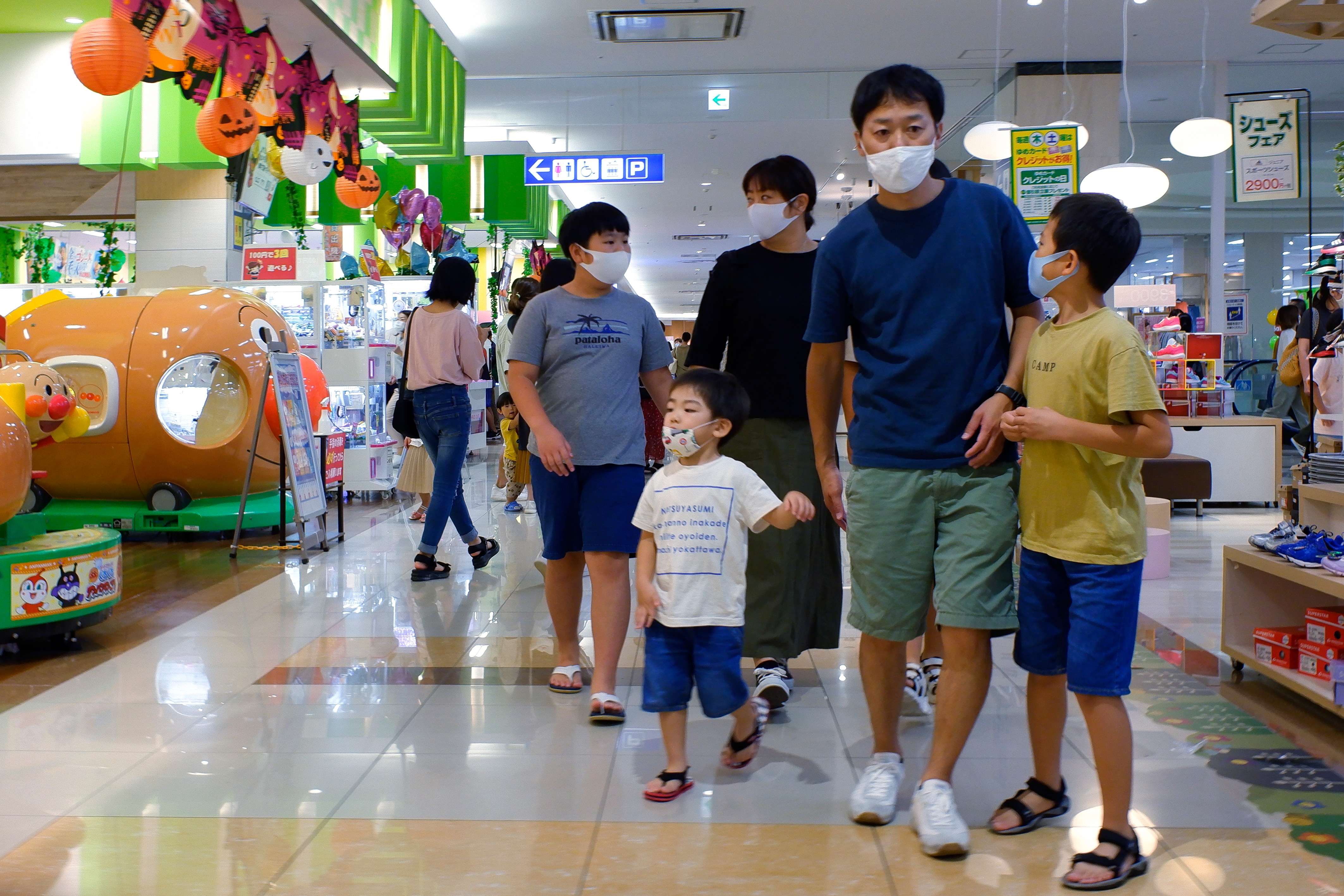 Mr Suga said that the biggest challenge currently facing Japan was the spread of coronavirus.

And unlike Mr Abe, a political blue-blood, Mr Suga is the son of a strawberry-farmer father and schoolteacher mother, who was raised in rural Akita and worked in a factory while he was in college.

Just two women were appointed – as Olympics and justice ministers – down from the three who served in Mr Abe’s last government.

On the economic front, Mr Suga is said to be committed to his predecessor’s signature “Abenomics” programme of vast government spending, massive monetary easing and the cutting of red tape.

Diplomatically, he is expected to prioritise the key relationship with the United States, whoever is president after November’s election.

He will face a trickier question on ties with China, with a global hardening of opinion against Beijing after the coronavirus and unrest in Hong Kong. 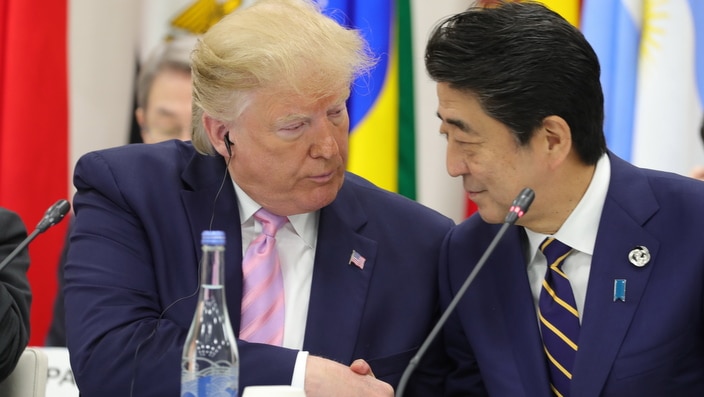 Japan’s new prime minister is expected to beef up Tokyo’s alliance with the United States.

Mr Abe, who served as prime minister for a total of eight years, will stay on as a lawmaker, with some mooting the possibility he could undertake diplomatic missions.

On Wednesday morning as he prepared to resign, Mr Abe said he had given “all my strength” and was ending his tenure “with a sense of pride”.

“I owe everything to the Japanese people.”