Enter, The CRUSHER: The tough-as-nails woman set to take on Jacinda Ardern to become prime minister of New Zealand

The opposition party elected Ms Collins during an emergency caucus on Tuesday evening following the resignation of Todd Muller.

Ms Collins earned her nickname ‘Crusher Collins’ as police minister in 2009 when she proposed legislation to confiscate and destroy cars of illegal street racers. 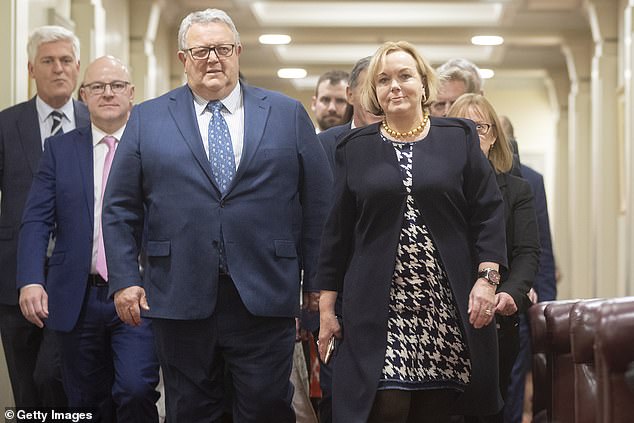 ‘I am hoping that the National Party can crush the other lot when it comes to September 19,’ Ms Collins said.

Ms Collins is the fourth National leader since the 2017 election and the party’s second female leader.

The 61-year-old was first elected to Parliament in 2002, serving in governments under prime ministers John Key and Bill English.

She held police and corrections portfolios and is seen to represent the right-wing of the National Party, having previously promoted strong law and order policies.

Ms Collins now faces the task of trying to rally support 67 days from the September 19 election.

Recent polls show Labour with sufficient support to form a majority government, a first since New Zealand adopted a system of proportional representation in 1996. 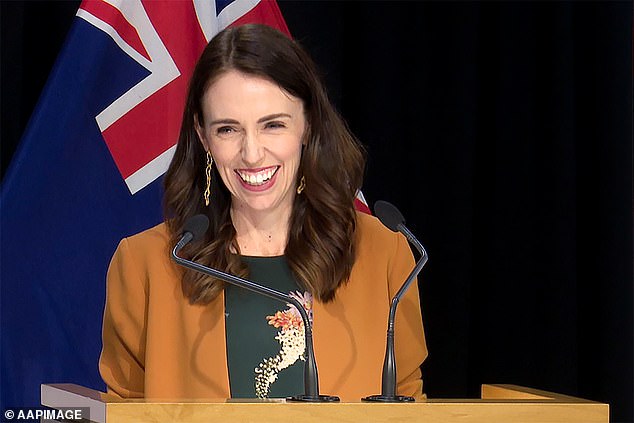 All previous governments since that time have been coalitions and Labour currently governs with the support of the Green Party and right-of-centre New Zealand First led by Winston Peters.

Ms Collins admits she is facing a difficult task against Ms Ardern.

‘I love causes that are looking pretty tough, that’s when I tend to get really interested,’ she told radio station Newstalk ZB.

‘I obviously thought about whether or not I should put my hands up in the circumstances but I thought… I can make a difference.’

Ms Ardern became leader of Labour less than two months before the election in 2017, where she secured her role as prime minister.

The 39-year-old mum-of-one has been praised for her handling of the coronavirus pandemic. New Zealand has recorded just 22 deaths. 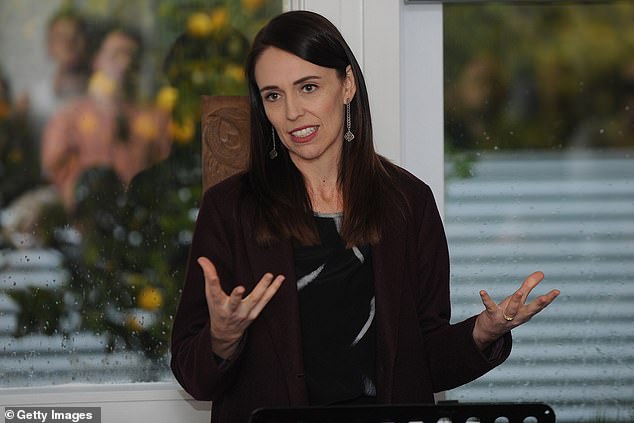 Mr Muller, who was the opposition leader for just over 50 days, resigned after citing health reasons.

‘It has become clear to me that I am not the best person to be leader of the Opposition and Leader of the New Zealand National Party at this critical time for New Zealand,’ he said.

‘It is more important than ever that the New Zealand National Party has a leader who is comfortable in the role.

‘The role has taken a heavy toll on me personally, and on my family, and this has become untenable from a health perspective.’

New Zealanders will head to the polls on September 19.

Who is Jacinda Ardern?

Born on July 26, 1980 in Hamilton, Jacinda Ardern is the 40th Prime Minister of New Zealand.

She has been the Labour leader since August 2017, having been appointed to the party’s top job just weeks out from a general election.

After graduating, she volunteered at a soup kitchen in New York before moving to London to work as a policy adviser to British Prime Minister Tony Blair.

She entered parliament as a list MP in 2008, becoming the youngest sitting representative.

In October 2017 she formed a coalition with New Zealand First and the Green party to become New Zealand’s third woman Prime Minister.

She was the second world leader ever to have a baby in office when her daughter Neve was born in June 2018.

When not in the capital city, she lives with her boyfriend, TV presenter Clarke Gayford, 41, in Auckland.

July 9, 2020
Comments Off on Two Australians in jail over the Bali Nine crimes make desperate bid to have their sentences slashed

July 11, 2020
Comments Off on Melbourne man dies from coronavirus as Victoria announces another huge spike

July 17, 2020
Comments Off on People are installing incredible temperature controlled cellars as decor in their homes

July 16, 2020
Comments Off on Massive 700metre wall will be built at the NSW/Queensland border to stop people sneaking past cops

July 29, 2020
Comments Off on Aldi is set to launch a $10 skincare dupe of an expensive beauty item

July 8, 2020
Comments Off on Queensland struggling to fight off fire ants that threaten to shut down tourist attractions

July 17, 2020
Comments Off on Incoming Greens senator Lidia Thorpe wants all asylum seekers to be released as COVID-19 cases soar

‘Stop being cry babies’: NBA stars are blasted for moaning about their quarantine meals

July 11, 2020
Comments Off on ‘Stop being cry babies’: NBA stars are blasted for moaning about their quarantine meals