Justin Bieber shared a candid snap of his ‘person’ on Saturday.

The hitmaker notably posted two shots of his wife Hailey that had been taken during a shared dinner; he later deleted one of the images.

The musician also gave his 168 million followers a look into a recent trip he had taken to see to famed tattoo artist Dr. Woo; the singer revealed that he had received a bit of fresh ink during the visit. Sending his love: On Saturday, Justin Bieber posted a duo of images of his wife Hailey to his account and referred to her as ‘my person’

In her husband’s snaps, the 24-year-old model was dressed in a stylish beige overcoat worn on top of a white shirt.

She added an element of contrast to her outfit with a large black beanie.

The lower portions of the social media personality’s gorgeous blonde hair shot out from underneath her headwear and reached the fronts of her shoulders.

In the post’s caption, Bieber lovingly referred to his wife as ‘my person.’ 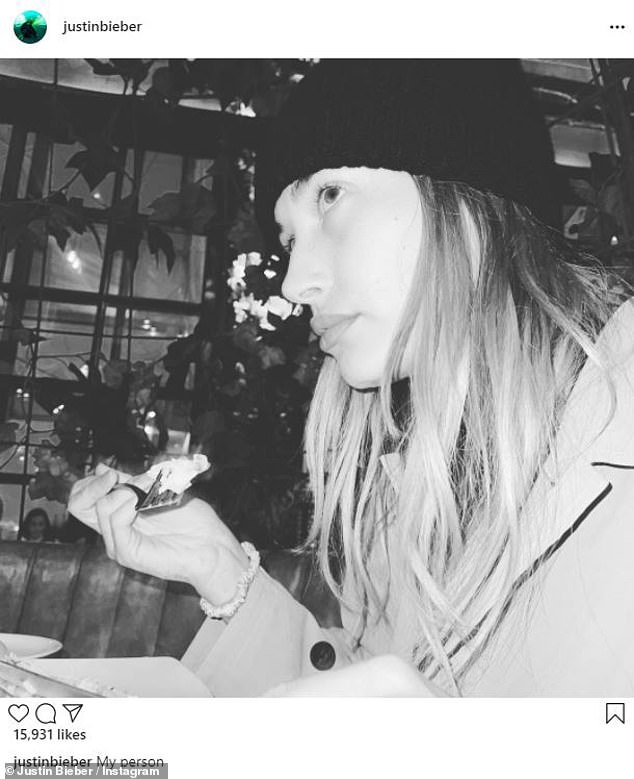 One for the road: The hitmaker also posted a black-and-white photo of his spouse that had been taken during a shared meal, although he later deleted it 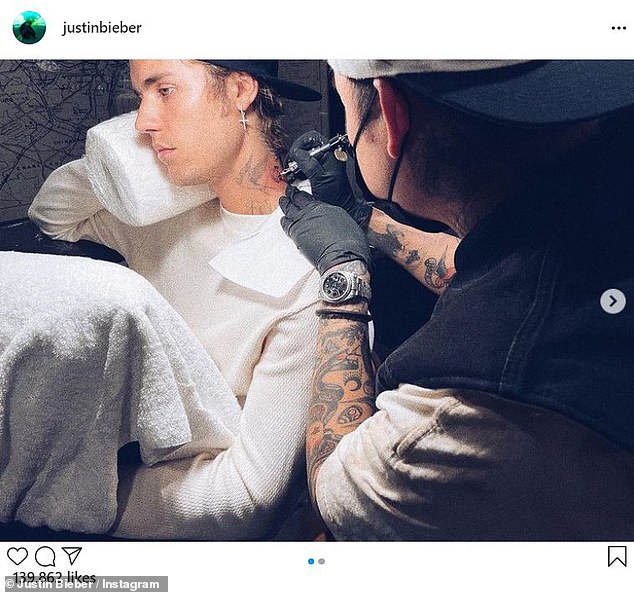 Fresh ink: Bieber also posted a duo of images that were taken during a recent appointment he had with tattoo specialist Dr. Woo

Prior to sharing the doting images, the 27-year-old posted a duo of images from a recent trip he had taken to see famed tattoo artist Dr. Woo, who has worked with clients such as Miley Cyrus and Drake.

The first photo in the set showed the Baby singer holding a cushion to the right side of his face while the artist placed a bit of fresh ink on the left portion of his neck.

The songwriter kept it casual as he wore a white long-sleeve waffle shirt and a black baseball cap in the shot.

His second shot, which was placed through a black-and-white filter, gave his fans a closer look at the actual design of the tattoo; Bieber received a peach from the body art specialist.

The tattoo comes not long after the hitmaker sat down for an interview with Nicole Ryan for the Sirius XM show The Morning Mash Up,which took place last Wednesday. 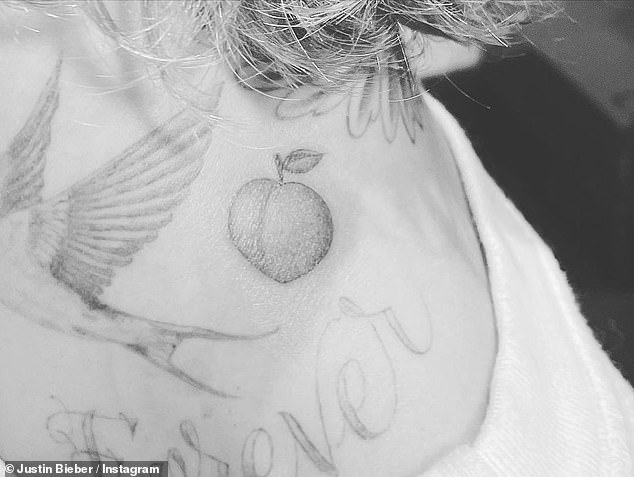 There it is: The musician received a small peach on the left side of his neck; he shared a black-and-white image of the tattoo in his post

During the discussion, the musician revealed that there were two parts of his body that he was planning on leaving ink-free, as he expressed, ‘I promised myself I didn’t want to get tattoos on my hands.’

He attributed his decision to being ‘about just being able to wear a suit and not having tattoos on my hands.’

Bieber also alluded to his future tattoo, noting that he wanted to ‘get a like a small peach on my body somewhere.’

The ink may be a reference to his newly released song Peaches, which he collaborated on with Daniel Caesar and Giveon, and was released on his sixth studio album, Justice.

The hitmaker’s latest musical effort recently made its debut at the top of the Billboard 200 chart ahead of artists such as Lana Del Rey, Dua Lipa and Pop Smoke. 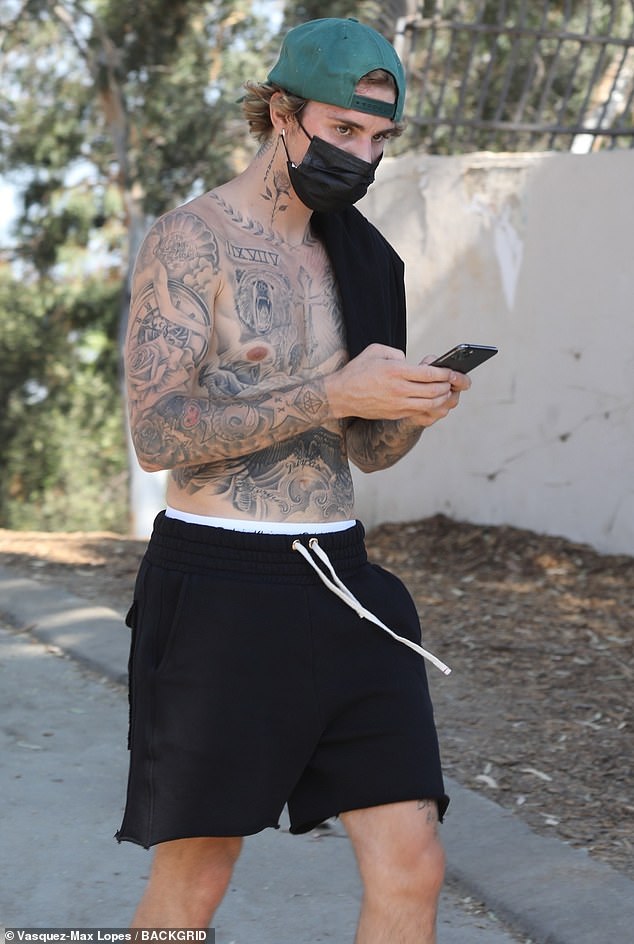 Off limits: Bieber recently sat down for an interview where he expressed that he did not want to get tattoos on his hands, noting that he wanted to be ‘able to wear a suit’; he is seen during a solo outing in October of last year