A former Labor minister has alleged that an unnamed MP asked her ‘how many blokes she had to f***’ to secure her seat in Parliament in a new book taking aim at the seedy underbelly of Australian politics.

Former Rudd-Gillard government minister Kate Ellis, 43, will soon release a memoir discussing her parliamentary career and the treatment of female MPs amid an escalating debate about the treatment of women in politics.

In Sex, Lies and Question Time, Ms Ellis recounts how she had just won the marginal seat of Adelaide at age 27 – a bright spot in Mark Latham’s failed 2004 bid to become PM – when a then-Liberal operative interrupted her at a Canberra bar.

‘I had only been a politician for a few weeks when I was approached in a Canberra bar and told, “The only thing anyone really wants to know about you, Kate, is how many blokes you had to f*** to get into Parliament,”‘ an excerpt said.

The campaigner who was allegedly behind the sexual remark then went on to get elected himself, Ms Ellis said – and became someone she studiously avoided during her political career.

‘It was the kind of run-of-the-mill sleaze and innuendo which is so common it is almost unremarkable in the culture of federal politics.’ 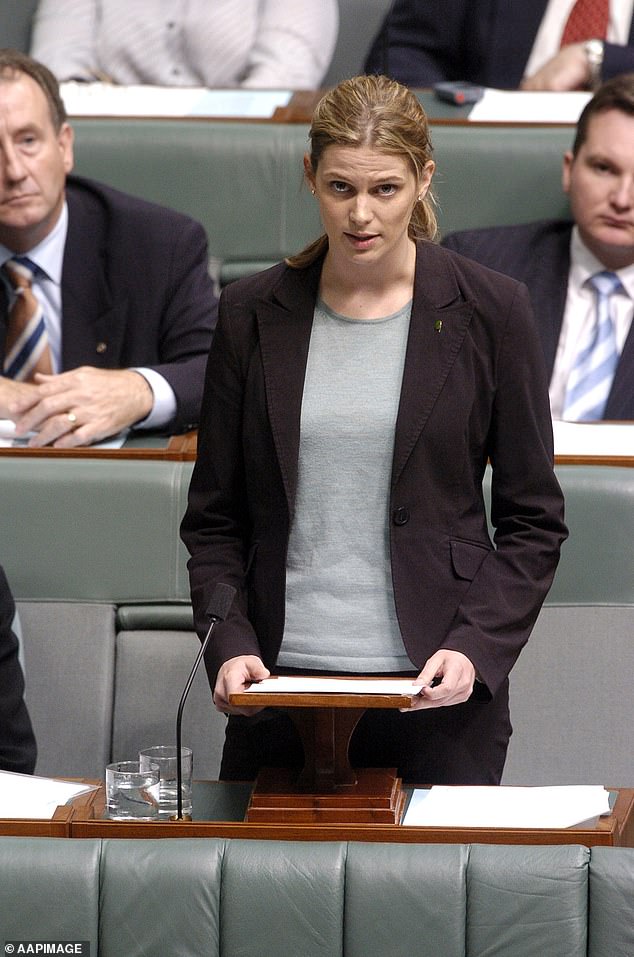 Former Labor minister Kate Ellis has revealed how a staffer who had never spoken to her before approached her after her election to ask ‘how many blokes she had to f***’ to get into office. ‘But, sure, if that’s how he thinks elections work,’ she writes sarcastically in the book. (Above, during her maiden speech – she was elected at 27) 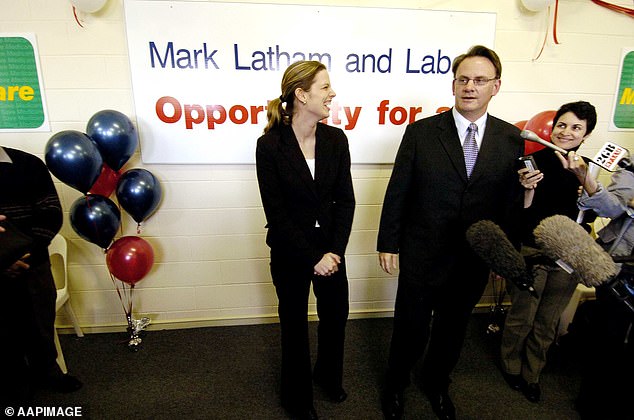 The book – which will be released by publisher Hardie Grant on March 29 – comes as the Morrison Government is shaken by a series of scandals about the alleged behaviour of parliamentarians.

Former media adviser Brittany Higgins has come forward to claim she was raped in the capital building itself and Attorney-General Christian Porter is on mental health leave after being forced to deny a historical rape allegation that resurfaced from his youth. 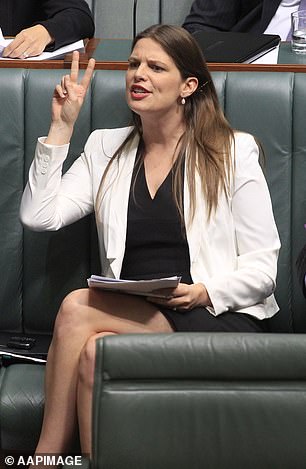 Ellis in the bear pit – the House of Representatives

It follows revelations last year that Population Minister Alan Tudge had a consensual affair with a senior female staffer and, previously, the ousting of Labor MP Emma Husar following defamatory allegations about over supposed inappropriate conduct.

Just this week, Liberal MP and fellow South Australian Nicolle Flint broke down describing her own experience in politics – claiming in Parliament that she suffered sick harassment at the hands of left-wing activists, including a ‘creepy old man’.

Ms Ellis gives an anecdote of a journalist’s question to Penny Wong as an example of how ‘unrepresentative’ of the community Parliament is. Senator Wong said she was asked upon her appointment to the frontbench: ‘How can an Asian lesbian talk with any authority about the northern suburbs of Adelaide?’

Ms Bishop, one of the most prominent female figures in Parliament of the past decade, is quoted describing Parliament House as a ‘male domain’ and that there was something ‘innately sexist’ about the place.

Meanwhile, in a revealing passage, Ms Ellis herself described how she herself was subjected to a minister hitting on her. 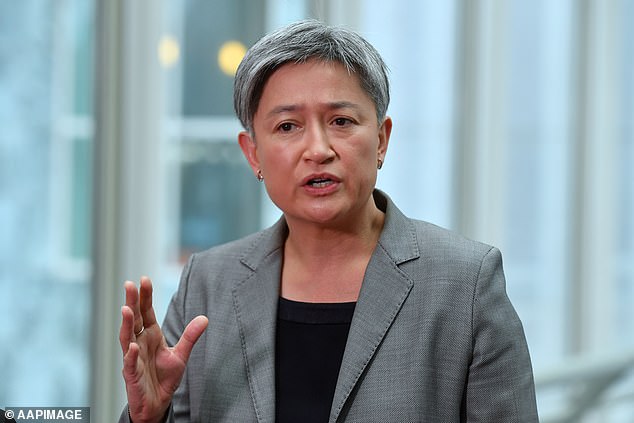 In speaking about her experience as a woman in Parliament, Penny Wong tells Ms Ellis how an interviewer asked her: ‘How can an Asian lesbian talk with any authority about the northern suburbs of Adelaide?’ 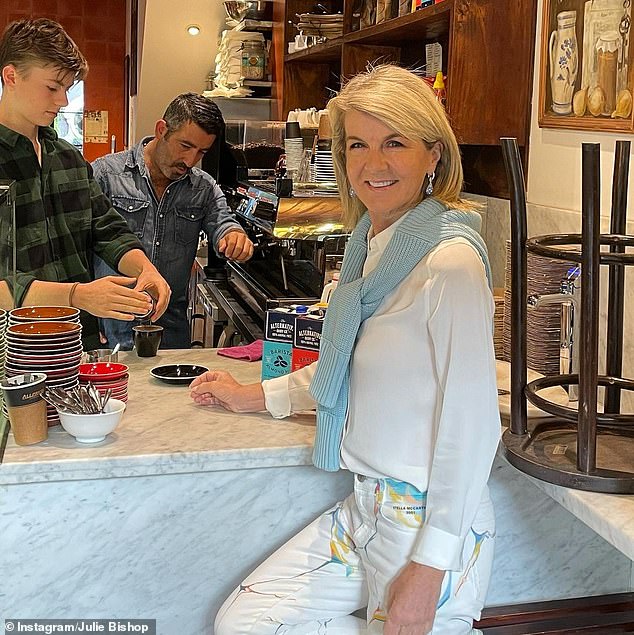 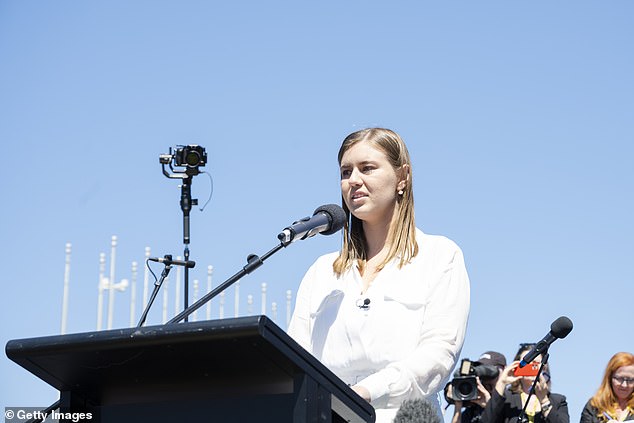 ‘It was clear he did not value me as an equal … Though I awkwardly laughed it off and pretended it wasn’t a big deal, I wondered if there would be professional repercussion.

‘Had I just made a powerful enemy?’ she wrote – before reflecting upon how female staffers who lack the power of political office would handle such an approach.

In a bizarre quirk of workplace laws, MPs have the power to hire and fire their own staff on the spot, and rules aren’t uniform across the board. 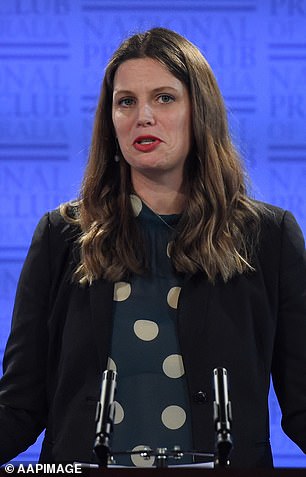 As The Australian columnist Janet Albrechtsen put it recently, ‘every MP’s office (is) a law onto itself’, meaning there are ‘effectively 227 small businesses operating in Parliament House … There should be one set of workplace rules laid out clearly for the whole of Parliament House, enforced by a central body.’

Ms Ellis’s chapter titles include: ‘slut shaming’, ‘weaponising sexual gossip’, ‘she’s wearing what?’, ‘the “sisterhood”‘ and ‘why it’s worth it’ – ‘it’ being running for office.

Ms Ellis spent 15 years in Parliament – both in Opposition and in Government.

She had a front row seat to Julia Gillard’s misogyny speech (‘I will not be lectured about sexism and misogyny by this man’). In 2008, she was handed the ‘honour’ of being voted the ‘sexiest MP’ in Parliament by Queensland newspaper, The Courier Mail.

She quit politics at the last election, saying she wanted to spend more time with her young family – including being nearby in Adelaide when her son started school – rather than in Canberra.