A high school has paid tribute to its school captain after he was electrocuted while welding during Queensland’s huge rainstorm.

Tullawong State High School has set up a memorial for Liam Keegan, 17, after he died at his Upper Caboolture home, north of Brisbane, on Tuesday.

Workplace Health and Safety are still investigating his death but it is believed Mr Keegan was welding at the time.

His shock death drew tributes from his devastated family, the community and staff and peers at his high school.

Tullawong State High School raised the flag at half-mast while students laid down flowers, photos of Mr Keegan, and a Caboolture jersey at a dedicated memorial on Friday. 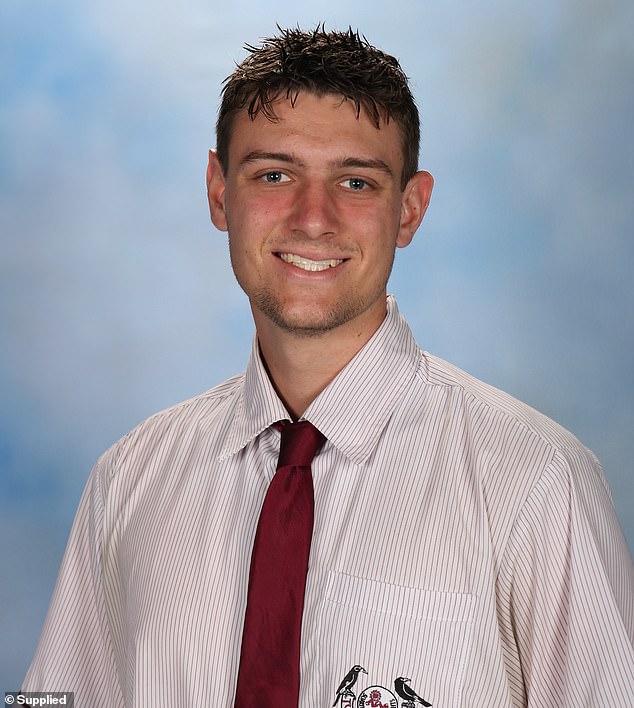 A high school has paid a touching tribute to its school captain (pictured, Liam Keegan) after he died from an electrocution 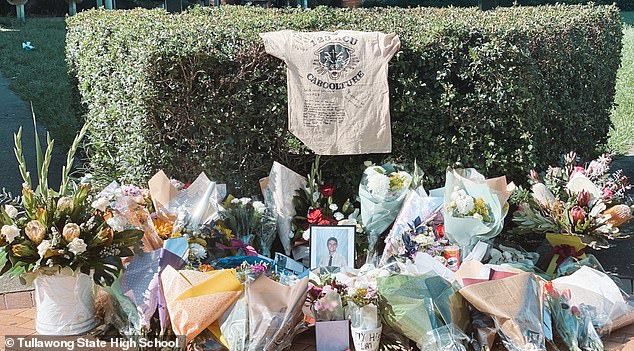 Tullawong State High School has set up a memorial for Liam Keegan, 17, after he died at his Upper Caboolture home, north of Brisbane, on Tuesday 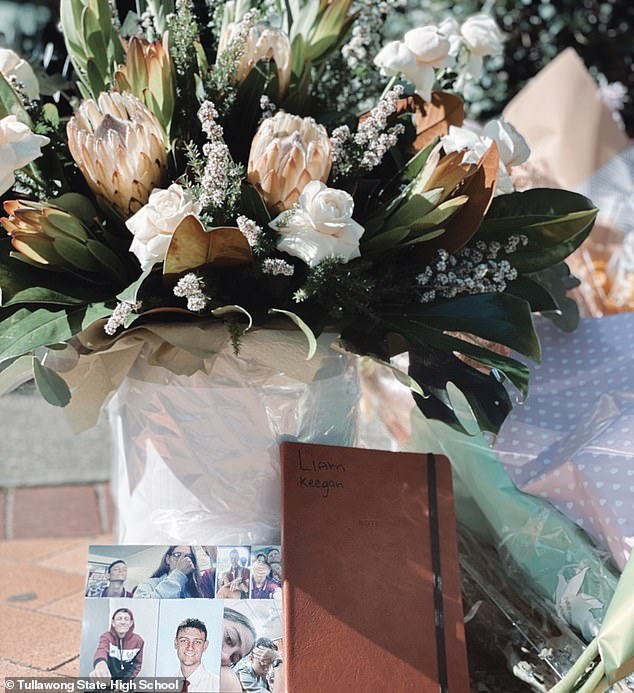 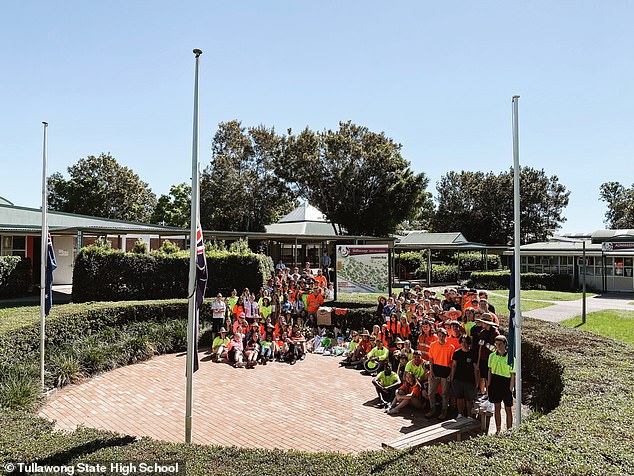 Students were also allowed to wear casual clothes with a tradies and country for life theme.

‘This is a tribute to Liam, who had a love for country music and a fondness for the tradie attire,’ the school posted on Facebook.

Principal Kiah Lanham said the school was ‘deeply shocked and saddened’ by the news.

‘Liam Keegan was a popular and talented young person who will be greatly missed by all his friends and teachers,’ she said.

‘Our thoughts and sincere sympathies go out to his family, friends and loved ones during this difficult time.’

‘My heart shatters into too many pieces to count,’ Ebony wrote.

‘With nothing but absolute heartbreak, my family announce the sudden passing of our son, brother and best mate, Liam.

‘We are so overwhelmed with the love and support which we have been shown, and so deeply grateful for the community of people we have.’ 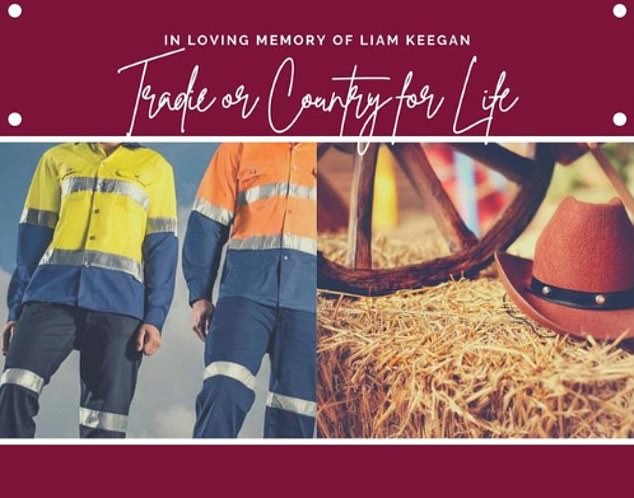 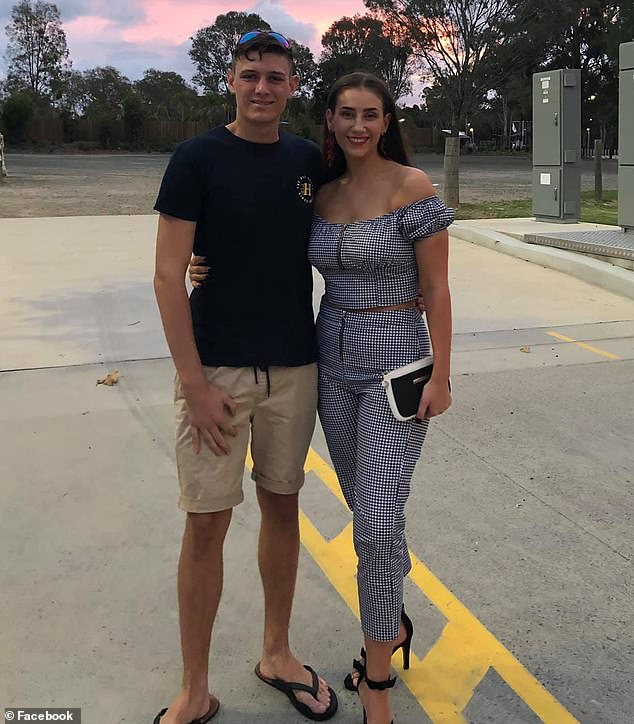 Liam Keegan and his sister Ebony. She paid tribute to her ‘brother and best mate’ in a touching social media post 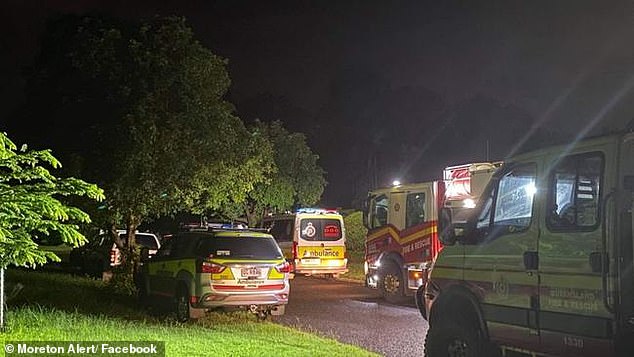 Emergency services are seen in Upper Caboolture, north of Brisbane, on Tuesday night

Just a few weeks ago, the ‘popular and talented’ student shared his dreams for the future in the local newspaper.

‘I want to leave a legacy and know when I graduate, I was a part of making even a small change for our students and community by being proactive in establishing a positive culture and a sense of belonging for all students,’ he said.

‘I want to be a proactive captain and not just sit back and watch.’

Devastated mates took to social media to pay tribute, with one writing: ‘Rest easy now mate. You were one of the best.’

‘You made an impact on so many people without knowing it. Fly high,’ another said.

Another heartbroken mate said: ‘Love you forever Liam, you beautiful boy. I’ll see you one day my love.’ 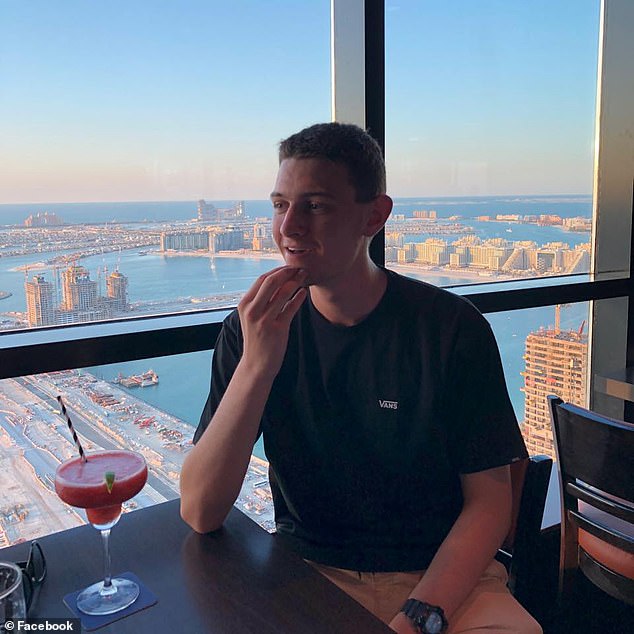 Liam is understood to have been welding when he was electrocuted. Workplace Health and Safety Queensland is investigating 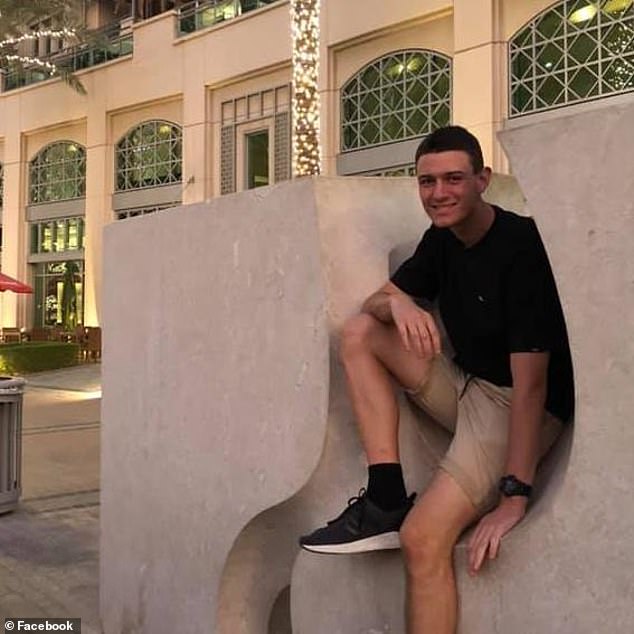 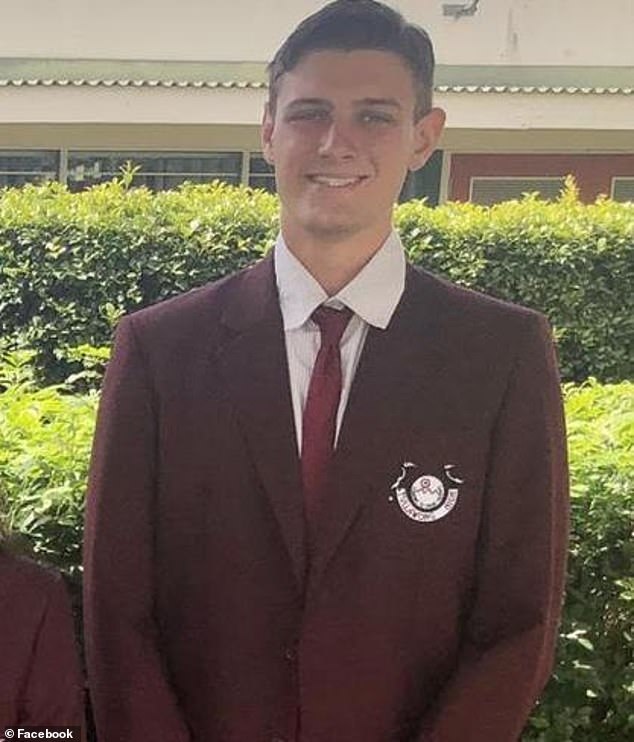 Just a few weeks ago, the ‘popular and talented’ student (pictured) shared his dreams for the future in a local newspaper