Man, 28, is arrested after he ‘goaded a mentally ill homeless man, 55, into doing a back flip for $6’ then told onlookers not to call 911 when he landed on his neck and later died

By Leah Simpson For Dailymail.com

A 28-year-old man has been arrested for willful disregard of safety after he goaded another man into doing a back flip that ultimately killed him.

Jones said he would give him $6 if he pulled off the stunt, then broadcast the moment Coner attempted the move numerous times before he landed on his neck and became unresponsive.

The disturbing Facebook Live footage was re-shared by Coner’s sister and shows several bystanders laughing throughout the encounter. 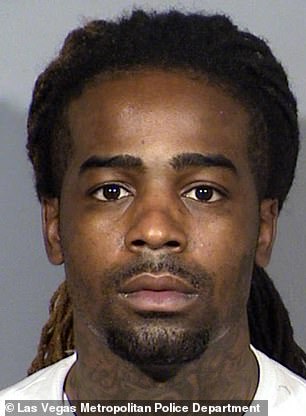 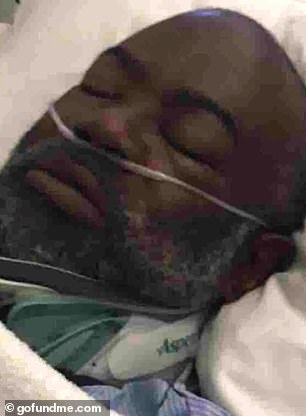 Keonte Jones (left), 28, was arrested for willful disregard of safety on Wednesday. Las Vegas police say he goaded Larry Coner (right), 55, into a doing a back flip for $6 and he passed away 10 days after he injured his spinal cord in the stunt 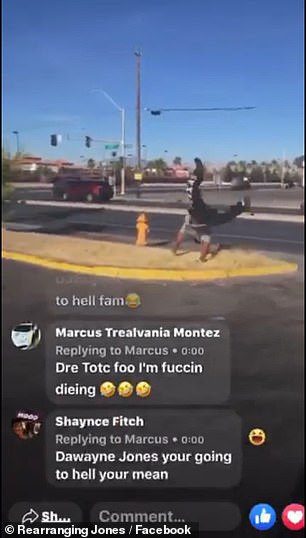 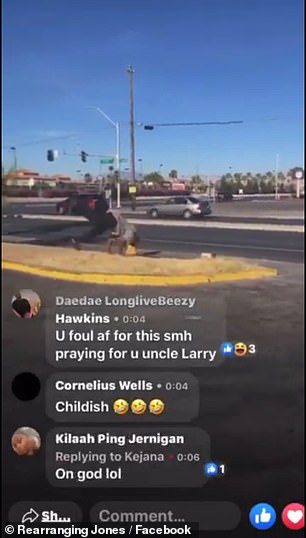 The incident occurred June 20 and his sister has circulated the video online. The clip came to the attention of police this month and shows witnesses laughing as Coner hurts himself

Jones tells onlookers not to call for help, although one woman does. At one point stands over Coner saying: ‘Here, here, take your $6.’

He stuck around filming for approximately 10 minutes before Coner was transported to hospital and later died from a spinal cord injury.

Police became aware of the video after receiving information from the deceased man’s relative. Coner’s sister claimed he suffered from mental illness.

‘No human compassion “LARRY” I miss you soooo much I cry everyday sometimes I can’t keep my food down I know if you was I wouldn’t feel this way you death has truly hurt me to its core,’ she wrote. 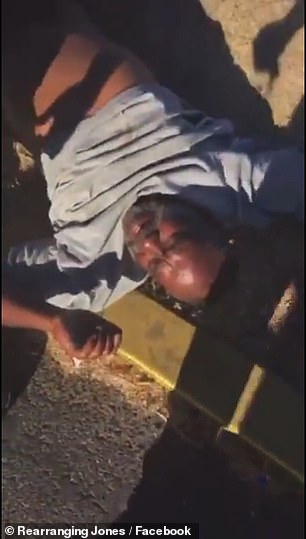 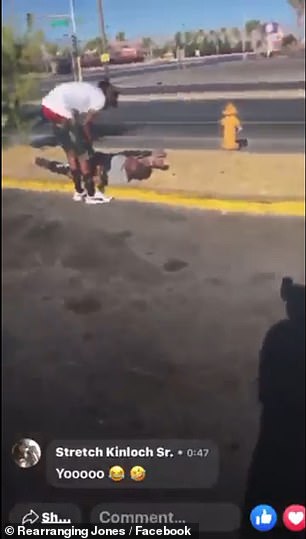 Footage shows Jones telling onlookers not to call 911 as Coner lays motionless. . At one point stands over Coner saying: ‘Here, here, take your $6’

‘Our last conversation you said CANDY PLEASE COME GET ME’, she continued. She added: ‘I’LL FOREVER WONDER IF YOU WAS TRYING TO COME HOME WITH ME ONE LAST TIME!’

She added that he was her only sibling and both of their parents had passed away.

Jones was arrested on Wednesday and booked into the Clark County Detention Center but has since posted bail. Jones is due in court September 14 and faces one to five years in prison.

‘My brother LARRY was assisted to his own demise!’ his sister wrote on a GoFundMe page hoping to raise $15,000 for funeral costs.

‘Since the passing of my mother 2018 Larry’s mental illness worsened to a point he didn’t know when people meant him harm,’ Coressia Williams wrote online. 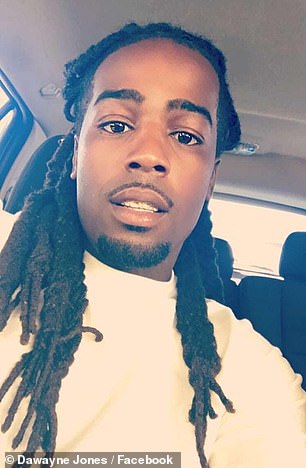 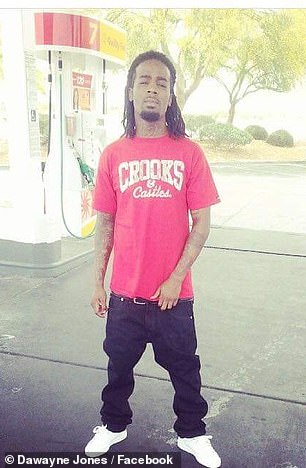 Jones was arrested on Wednesday and booked into the Clark County Detention Center but has since posted bail. Jones is due in court September 14 and faces one to five years in prison

She said Larry was just getting out of hospital when a group of people told him to do flips for food.

‘He broke his neck had surgery and passed away on his mother’s birthday June 30th who preceded him in death, ‘ the GoFundMe page stated.

‘I’d really appreciate any/ all donations as it will be use to give him a home going please keep our family in prayer thank you and GOD BLESS YOU ALL.

Anyone with information about this incident should call LVMPD at 702-828-3347 or Crime Stoppers at 702-385-5555. Information can also be submitted online at www.crimestoppersofnv.com.

The Victorian road rule that confuses ALL other Australians – so would this catch YOU out?

July 16, 2020
Comments Off on The Victorian road rule that confuses ALL other Australians – so would this catch YOU out?

July 7, 2020
Comments Off on Chinese bus full of passengers swerves into oncoming traffic before plunging off a bridge

July 24, 2020
Comments Off on New Epstein victim, 22, reveals pedophile took her virginity by raping her aged 17

August 4, 2020
Comments Off on The REAL reason Israel Folau refused to take a knee with teammates during Black Lives Matter protest

August 9, 2020
Comments Off on Twins separated at birth in cruel secret experiment reveal how they found each other

July 13, 2020
Comments Off on Girlfriend pleaded with Benjamin Keough before ‘suicide’

July 7, 2020
Comments Off on Inside billion-dollar cruise ships and no-access areas you never get to see