REVEALED: Underworld figure gunned down in Sydney’s west is the brother of a slain teenager, 19, who was executed in a drive-by shooting six years ago – sparking fears of a fresh gang war

A man shot dead in the street in Sydney’s west was an underworld gang figure whose brother was executed in a drive-by shooting six years ago.

Amar Kettule, 34, died at the scene after being hit with a spray of bullets on a side lane near William Street in Fairfield about 2.40am on Sunday morning.

Police said he had been with a woman on Downey Lane and was either sitting in his car or was nearby when he was shot.

His brother Dylann Kettule was 19-years-old when he was gunned down in a suspected drive-by shooting outside his girlfriend’s unit block in January 2014.

The 34-year-old – who police have said is well-known to authorities – is believed to be a member of the True Kings street gang.

Police are pictured at the scene after Amar Kettule, 34, shot dead in the street in a suspected targeted attack in Sydney’s west

His death is thought to be linked to a feud with another Fairfield-based street gang called DLAST HR, a source told The Daily Telegraph.

Kettule has links to the Nomads bikie gang and memorably had to be restrained by police in the aftermath of his brother’s death when he demanded to see Dylann’s body. 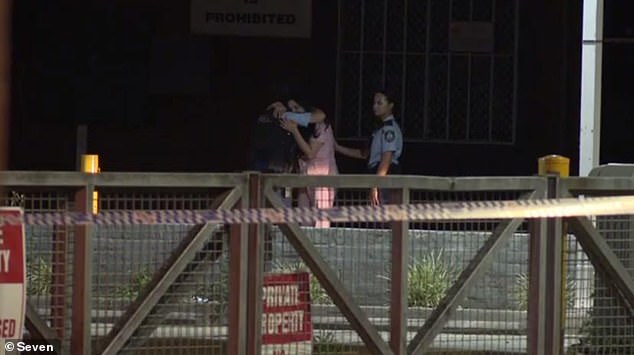 Police comfort a woman at the scene of the shooting on Sunday. Kettule died at the scene after being hit with a spray of bullets on a side lane 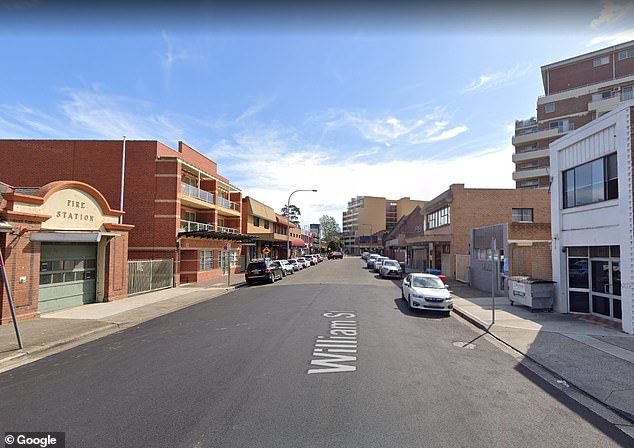 ‘We believe the attack to be targeted. He is well-known to police – however this is a violent attack on a suburban street and is unacceptable behaviour,’ he said.

Sections of both William Street and neighbouring Harris Street have been closed with local diversions in place.

Police are advising the community to avoid the area.