Juan Mata ‘to cause a free transfer frenzy amid interest from Juventus, Inter Milan and Roma’ with Spaniard’s contract at Manchester United ready to expire this summer

The Spaniard, brought to the club under David Moyes, has only started eight matches so far this season.

United do have an option to extend his deal by 12 months but the Sun report Juventus, Roma and Inter Milan are all looking into a free transfer for the ex-Chelsea playmaker ahead of next season. 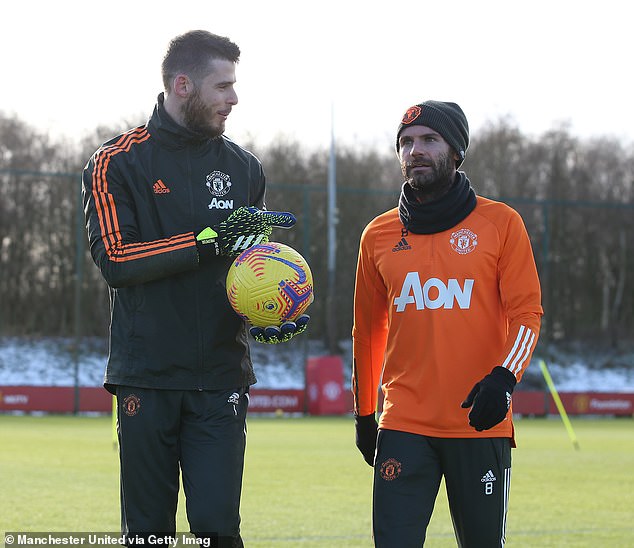 Mata is a valued member of United’s dressing room and does provide boss Ole Gunnar Solskjaer with a wealth of experience.

But Mata is believed to want more regular match action and that appears unlikely to arrive at Old Trafford given the competition for places right now.

Serie A has become a popular destination for former United players with Romelu Lukaku, Ashley Young, Matteo Darmian and Alexis Sanchez all making the switch to join Antonio Conte’s side.

The Sun’s report has earmarked Inter as the club that has so far shown the most interest.

Juventus boss Andrea Pirlo is looking to bolster his midfield options come the summer and given the strain placed upon finances by the Covid-19 pandemic, free transfers are seen as more important than ever.

Mata has proven a reliable servant for United since joining from Chelsea for £37.1million back in January 2014.

In seven years at Old Trafford Mata has scored 50 goals and added a further 47 assists in 267 games.

As far as honours, Mata has won the FA Cup, EFL Cup, Community Shield and UEFA Europa League with United.