A married man travelled more than 400kms to see a disabled woman he met on a dating app before allegedly raping her four times, a court has heard.

The 34-year-old, from Perth, is accused of raping a 28-year-old woman in Geraldton in February after connecting with her on the Hily dating app.

His wife sat in the public gallery as he fronted Northbridge Magistrate’s Court on Thursday charged with four counts of sexual penetration without consent and two counts of unlawful and indecent assault, The West Australian reports.

He intends to plead not guilty to the charges.

The court heard he arranged to meet the woman, who has a neurological disability which limits movement on one side of her body, in Geraldton, where they drank alcohol together. 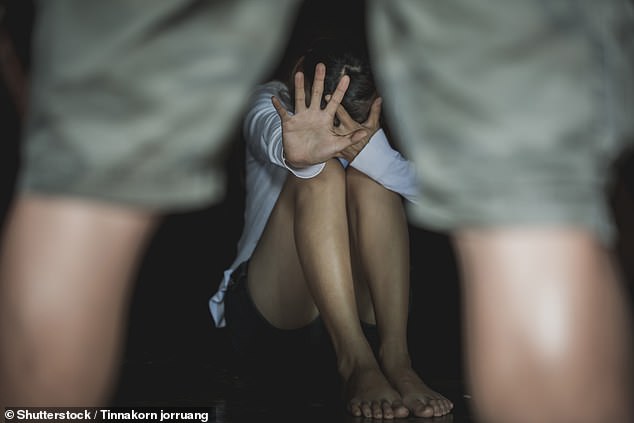 The man, 34, has been charged with raping a 28-yearr-old woman in Geraldton in February (stock)

The accused then allegedly asked the woman to have sex, and she initially consented before repeatedly asking him to ‘stop’.

Police prosecutors allege he ignored her requests during what they claim was a ‘prolonged’, ‘ongoing’ attack on a ‘vulnerable woman’, who was forced to kick him in the chest to get him off her.

He allegedly responded to the kick by swearing and biting her in the chest before demanding oral sex.

Police prosecutors said the woman complied ‘due to fear’, with the accused then allegedly complaining about her pubic hair and leading her to the shower to shave it off.

The woman told her carer the next day, who contacted police two days later, the court heard.

Police prosecutors urged Magistrate Robert Young to not grant the accused bail, arguing there was a risk he could interfere with the witness.

The man’s lawyer argued that he should not be remanded in custody because he financially supports his family, who are not Australian citizens and cannot access government assistance.

His passport has been seized and he is banned from travelling within 100km of Geraldton.

He is due to face court again in June.