One beer, please, and hop to it! Kangaroo named Matt bounces into a pub and starts ‘working behind the bar’ leaving drinkers and staff in hysterics

A suburban pub appeared to have a new staff member when kangaroo boldly hopped inside and sat up behind the bar.

The curious marsupial is said to be a regular visitor to the tavern, nestled in the John Forrest National Park, the oldest national park in Western Australia.

Matt the kangaroo hopped behind the bar and started sniffing the cash register suspiciously.

‘Your pretending like your working, but I don’t see it actually happening’, Ms Hutton said. ‘Come on, pour a beer.’

In another video, Matt has seemingly finished his ‘shift’ and is swarmed by a crowd of kangaroos waiting outside the tavern. 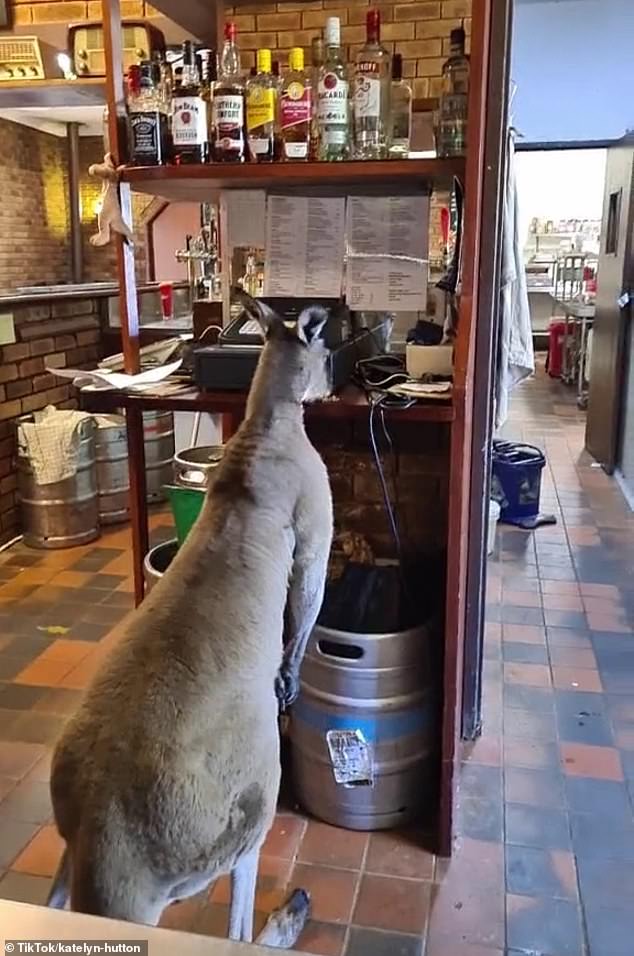 The pub is popular with tourists, hikers and locals who can enjoy a well-earned pint while kangaroos and rosellas come within metres of their table.

After sharing the hilarious videos with her 26,000 followers on TikTok, Ms Hutton and her furry employee went viral, with one clip receiving 2.3 million views.

TikTok users were shocked at how close the kangaroos came to the customers, with many international viewers mistaking the kangaroo for a dog before hearing Ms Hutton’s accent.

‘Kangaroos are scary man! I would’ve handed him the keys and walked out, it’s his bar now’, one comment wrote. 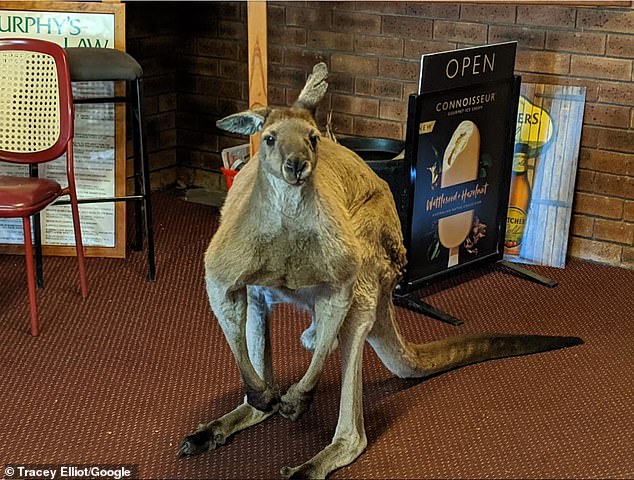 ‘My heart dropped in the beginning, I was thinking what kind of dog is that’, another user shared.

One TikTok user said the kangaroo’s talents could be better used for pub security.

‘He’s obviously the bouncer, when he kicks someone out the bar it doesn’t matter if they go through the door, window or wall’.

Other users appreciated how uniquely Australian the videos were.

‘Just a normal day in the land down under’, one comment wrote. 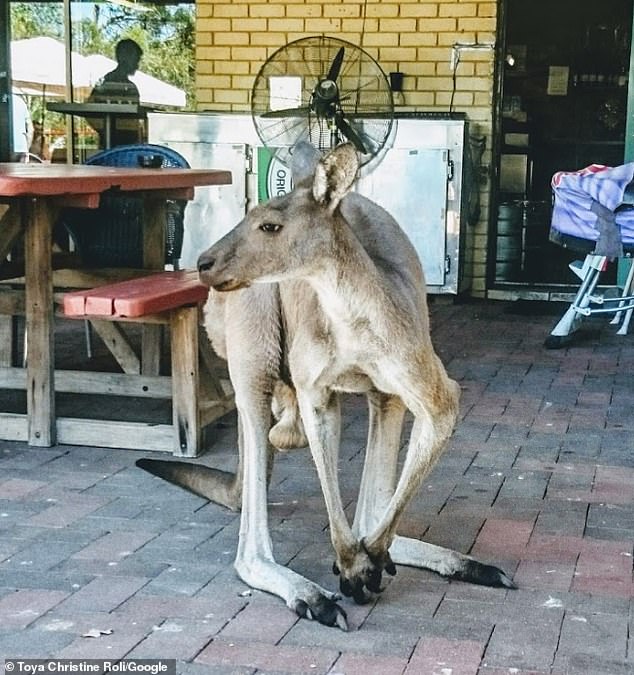