‘I was locked in a cage like an animal’: Melbourne model lifts the lid on her terrifying time in an American prison after a nasty mid-air fight and a row over a visa 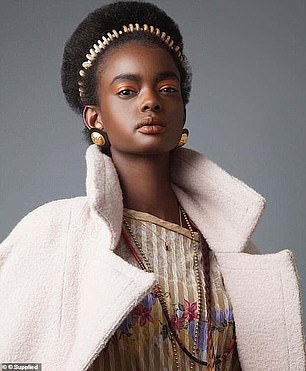 Adau Mornyang, 25, (pictured) made international headlines after being hauled off a flight in 2019

A Sudanese-Australian model who was charged with assaulting a flight attendant mid-air has revealed the traumatic details of her time behind bars.

Adau Mornyang, 26, was hauled off a flight on January 21 2019 after she lashed out at a crew member.

She was sentenced to three years probation and 100 hours community service over the ‘wine-fuelled’ assault.

But she was locked up again in September after being arrested by Immigration and Customers Enforcement officers in the US for allegedly breaching her visa.

She eventually returned to Australia a free woman on December 21 after being released from the Bergen County Jail in New Jersey, where she spent four months. 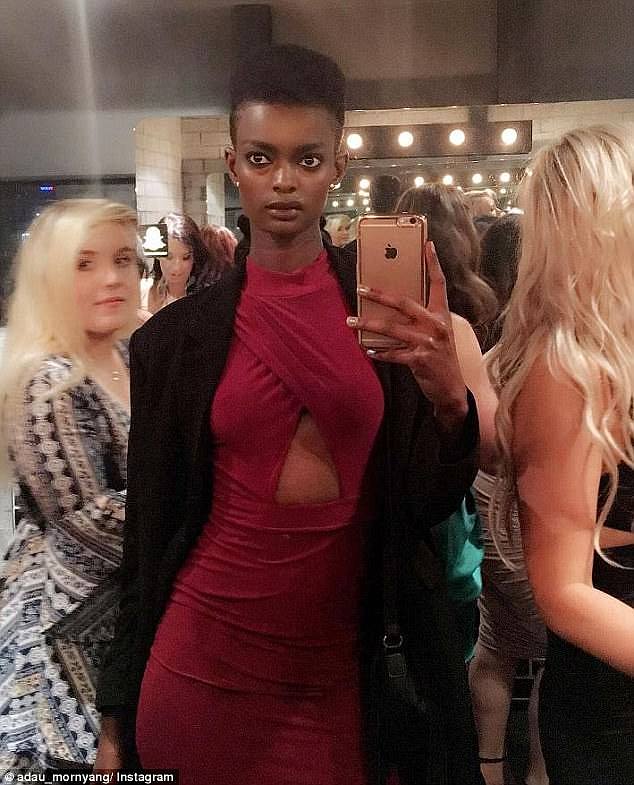 Ms Monyang has revealed how she got experienced some of her darkest moments in the brutal American prison system.

‘You are basically stuck there with your thoughts,’ Ms Monyang told the Herald Sun.

‘At night, when you’re lying in bed, all you hear are other girls crying because that’s all you can do. It felt like every day, it was somebody else crying. You just took turns.

‘They treated me like I was less than human. Then, after being locked in a cage like an animal, you’re suddenly thrown back into society, like: “Go and fend for yourself!”

She was locked up with 24 other women in a small unit who were all awaiting a chance to plead their case to stay in the United States.

The Miss World Australia finalist revealed she contemplated suicide during those tough times, but was able to stay strong with the support of the other women. 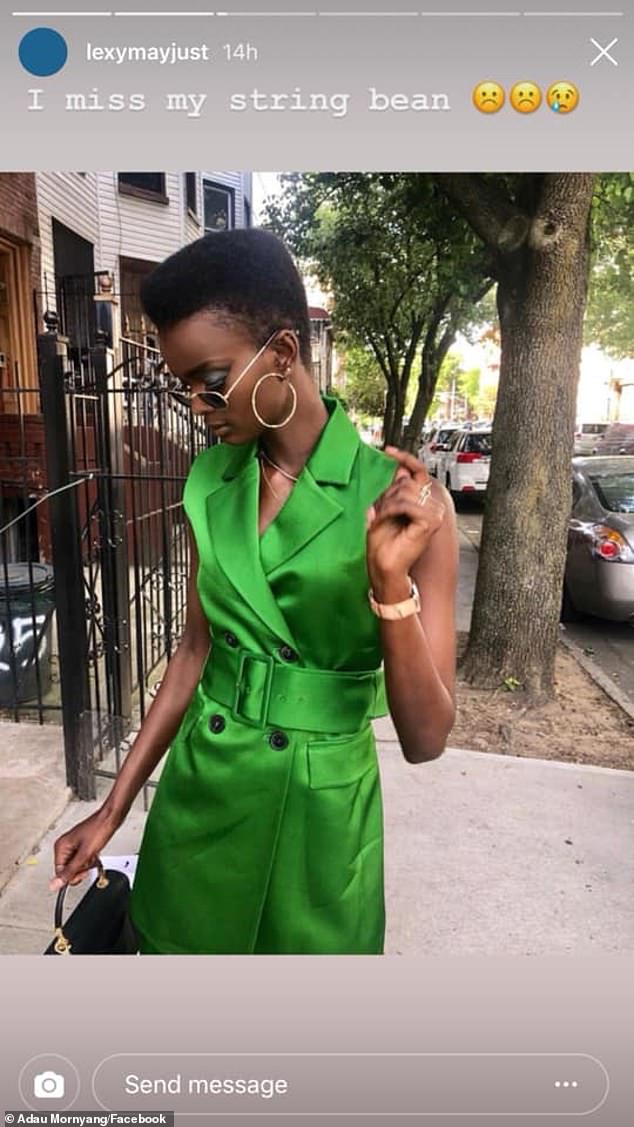 She said her daily life was dull and repetitive – involving tasteless meals, cleaning and other menial tasks.

But the thought of returning home to Australia and sharing her story gave her hope.

Since being deported she has signed up with Duval Agency in Brunswick, Melbourne.

She has big plans for her return, including reconnecting with her biological mother in Sudan, finishing her studies and running modelling classes for disadvantaged young women.

A court in Los Angeles heard that during her mid-flight row, the model ordered ‘several glasses of wine’ on the 2019 United Airlines flight. 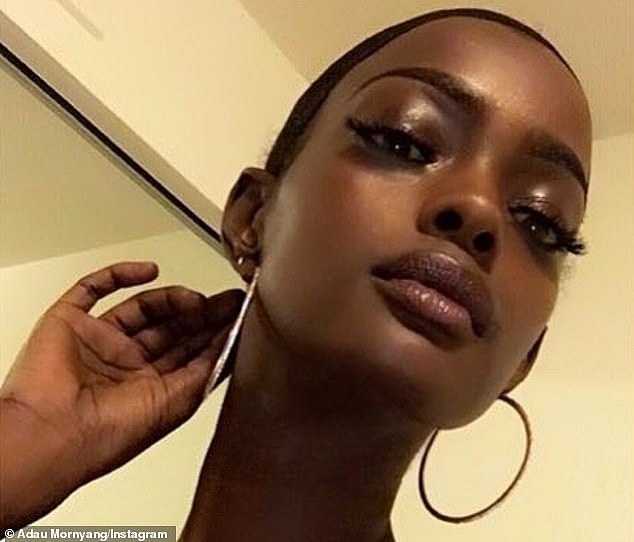 The Miss World Australia finalist (pictured) revealed she contemplated suicide during those tough times, but was able to stay strong with the support of the other women

She was then cut off from drinking more, the court heard, yelled obscenities and racial slurs, slapped the flight attendant and had to be handcuffed by an air marshal and held at the rear of the plane.

The court heard passengers first began complaining about Ms Mornyang’s ‘erratic behaviour’ around eight hours into the flight, and when flight attendant Romeo Gutierrez tried to calm her down she put her left index finger near his face and suddenly ‘smacked’ him.

An air marshal escorted her to the back of the plane and put her in handcuffs.

The judge noted that about two hours before the plane landed in LA, Mornyang was allowed to use the bathroom, but she stayed inside for 45 minutes and would not leave.

Marshals had to carry her out and ‘while they held her arms and legs, she allegedly kicked’ one of the marshals in the chest, the court heard.

Who needs a fake ID! Teenagers dress up as senior citizens with face masks to buy alcohol

July 15, 2020
Comments Off on Who needs a fake ID! Teenagers dress up as senior citizens with face masks to buy alcohol

July 30, 2020
Comments Off on Mystery as COVID-19 is found in sewage at Perisher – sparking fears for beleaguered ski season

August 5, 2020
Comments Off on Andrew Cuomo begs people to return to New York to save city

Coronavirus-infected man, 57, is left paralysed after the disease triggers a rare condition

July 17, 2020
Comments Off on Coronavirus-infected man, 57, is left paralysed after the disease triggers a rare condition

July 22, 2020
Comments Off on Woolworths Rewards shoppers share little-known trick to save hundreds of dollars over Christmas

July 25, 2020
Comments Off on Three young women and a man are killed in horror crash between a sedan and a ute on a notorious road

NASA to study light from newborn stars with giant balloon

July 25, 2020
Comments Off on NASA to study light from newborn stars with giant balloon

July 7, 2020
Comments Off on Love Island Australia host Sophie Monk lists $1.1m Gold Coast love nest for rent
Why Victoria should be locked down into draconian stage four restrictions NOW to stop coronavirus
NONE of the alleged gang rapists who brutally attacked a five-year-old boy will not be charged