A first-time mum has finally enjoyed the precious moment of holding her tiny premature baby boy for the first time after being forced apart for nine days due to quarantine.

Melbourne woman Sarah Haidar, 27, gave birth to Ilyas 10 weeks early via an emergency C-section on June 1 after she was rushed to hospital due to pregnancy complications while in hotel quarantine.

She and her husband Moe, 30, landed in Brisbane on a flight from Qatar on May 26 when their flight to Melbourne, their home city, was cancelled due to Victoria’s Covid-19 outbreak.

Due to strict quarantine rules, Ms Haidar was unable to hold her little boy as Ilyas was immediately whisked away to the neonatal ward.

She spent the next nine harrowing days separated from her newborn until her 14 day hotel quarantine period ended on Wednesday night.

Ms Haidar immediately rushed to the hospital neonatal intensive care unit where she finally got to hold her baby for the first time.

‘It was nerve-wracking. It was one of the most amazing moments of my life,’ Ms Haidar told the Today show on Thursday.

Being separated from her son for the first nine days of his life has taken a harrowing toll on the first-time mum, who was restricted to seeing him on video calls.

‘I was trying to keep up expressing milk was helping me. I just imagined that my son was with me and that was actually getting me through it,’ Ms Haidar said.

‘It is very tough. This is something I’ve always wanted, you know. I’ve always dreamt of having him right on me when I delivered him.

‘But that got taken away from me and I have to live with that for the rest of my life.’

Her husband Moe was barred from being by his wife’s side at the birth due to quarantine rules and didn’t get the chance to meet his son until Wednesday night. 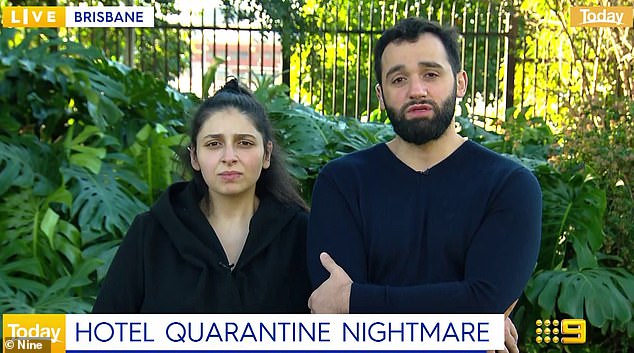 Both parents had received two Pfizer shots in Qatar, where they worked for four years, and tested negative for Covid four times since returning to Australia.

Mr Haidar described the moment of meeting his son for the first time as nerve-wracking.

‘I still feel nervous now,’ he told the Today show the next morning.

‘I think not happening naturally kind of left a bit of a sour taste with the whole experience. But that’s our son.

‘We love him unconditionally. And we’re there to fight for him as parents and that’s what we’ve been doing the past week.’

‘It’s been a nightmare, it shouldn’t happen to anyone,’ her husband added.

The family still have a long road ahead of them.

The Haidars are desperate to return home to Melbourne with their baby boy as soon as soon as he’s deemed strong enough by the doctors in the NICU. 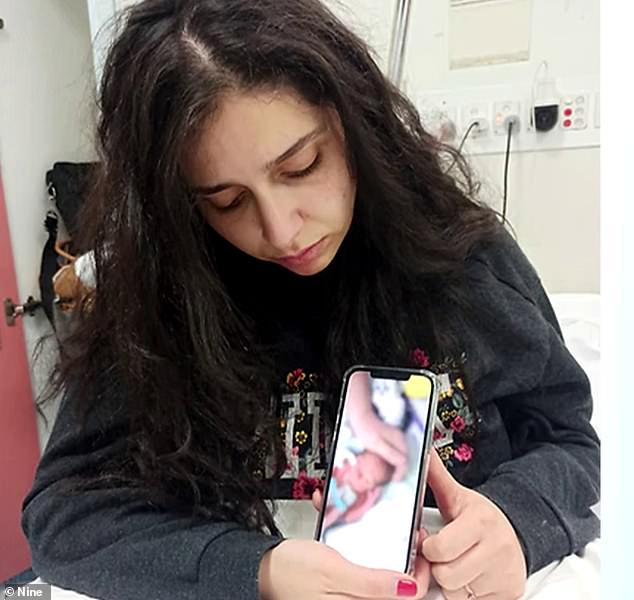 But the couple have been told flying Ilyas to Melbourne will cost $30,000.

‘We reached out to Queensland Health to help us to airlift Ilyas but they just directed us to the hospital who were informed it will cost $30,000,’ Mr Haidar said.

‘I don’t know how it is going to happen. We just hope sponsors, crowd fund or something happens to get the ball rolling at least while we continue to seek help in that regard.’

Mr Haidar posted on Facebook: ‘In Melbourne we have a roof over our head and Sarah can continue her support of our son at our local hospital. This would also assure we also have support with our families right by our side. My wife and my son are my priority!’

He told Daily Mail Australia last week he missed the birth because when he applied to Queensland Health for an exemption to be with his family in hospital, it was never processed.

Health authorities told him the exemption was coming, but he never got a direct reason as to why it was not approved in the first instance. 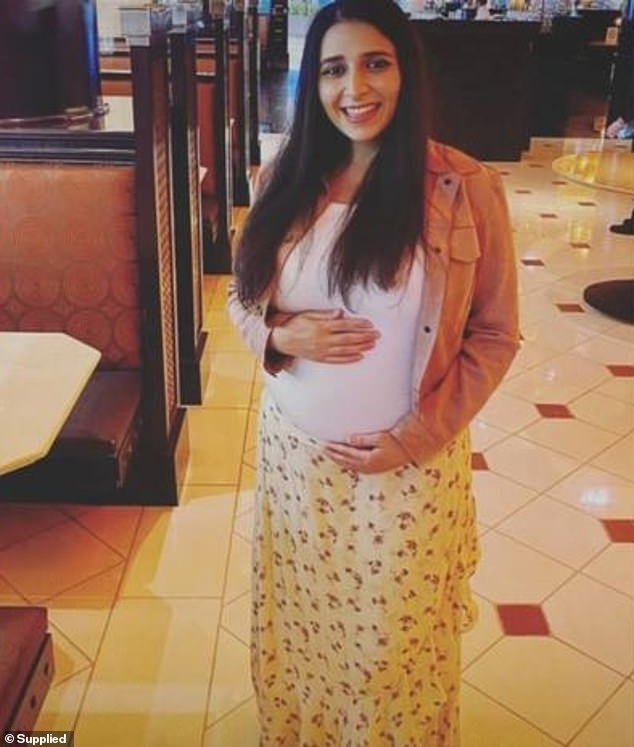 Pictured: Sarah Haidar while pregnant with her first child Ilyas. She delivered him via emergency C-section on June 1 without her husband by her side

‘We do video calls with the nurses in the ward. He’s in NICU but he’s on his own,’ Mr Haidar said.

‘He isn’t with all the other babies. In a separate room but we don’t understand the risk to see him.’

Mr Haidar later assured protocols and procedures would be followed so other babies in the NICU ward are kept safe.

‘We would not risk the precious lives of any other infants,’ he posted on Facebook.

‘Our son Ilyas is being kept separate within the ward as we continue to the push to see him. This process involves covid testing, screening, sanitizing, wearing the same medical suits, gloves, face masks and shields which the nurses also wear.’ 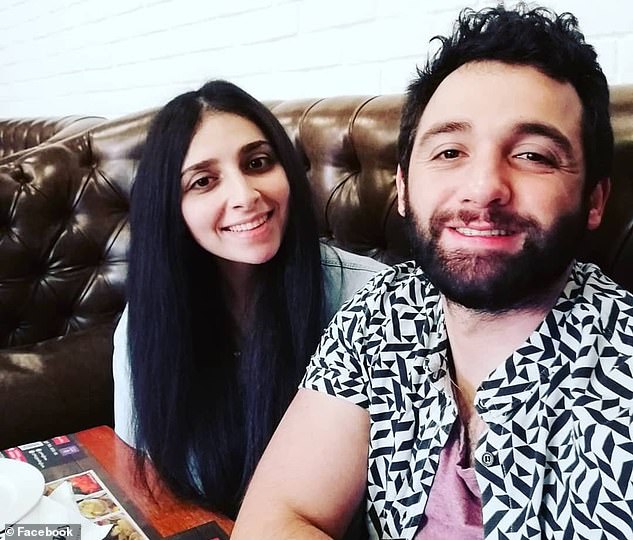 Pictured: Moe and Sarah Haidar, who are from Melbourne but lived and worked on Qatar until May 26