By Chris Dyer For Dailymail.com

Billionaire Michael Bloomberg has reportedly indicated he could still run for president while current Democrat front-runners struggle with recent controversies.

The former mayor of New York has often flirted with making a bid for the White House, but stayed out of the present 2020 Democratic primary.

But now associates of the businessman have reportedly stated he may step into the ring if potential nominees such as Joe Biden and Elizabeth Warren continue to falter.

Bloomberg has signaled he is ‘still looking at’ running for president, according to an anonymous source quoted on CNBC. 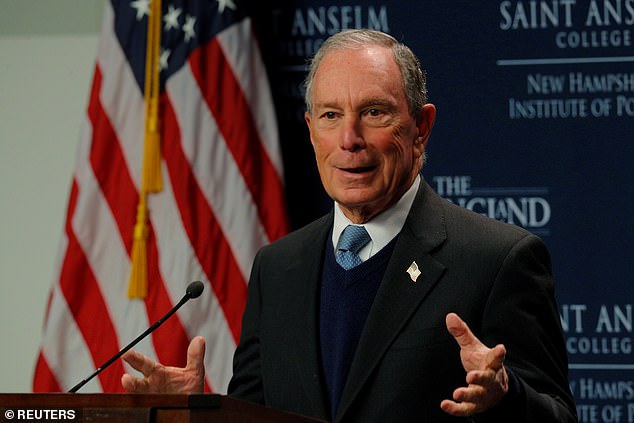 Former New York City Mayor Michael Bloomberg speaking at the Institute of Politics at Saint Anselm College in Manchester, New Hampshire, in January. Despite not running in the early stages of the Democrat primary he reportedly said he may still enter the race 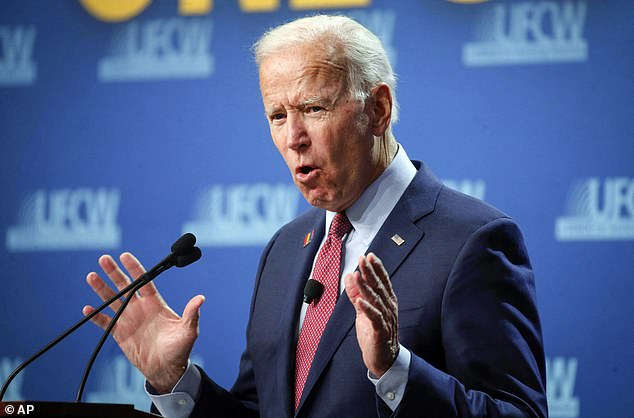 Democratic presidential candidate and former Vice President Joe Biden speaking during the UFCW Forum in Iowa on Sunday. He faced allegations over his overseas business dealings

His change of heart is rumored to stem from Biden, who was a front-runner to win the Democrat nomination, slumping behind Warren in recent polls.

Biden is facing allegations by President Trump of wrongdoing in overseas business dealings, connected to his son, Hunter, and his time on the board of a Ukrainian natural gas company.

The persistent accusations could undermine his argument that he’s best positioned to defeat the president next year.

Elizabeth Warren, 70, has also faced controversy and is fending off new scrutiny of her biography in which she claims she was fired from a teaching job in 1971 because she was ‘visibly pregnant’.

She later told an interviewer in 2007 she left the school due to not having the right certificates and decided to not go back to teaching after returning to graduate school. 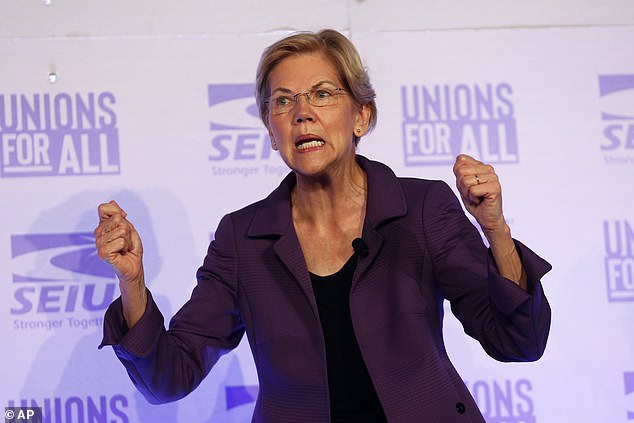 Senator Elizabeth Warren, a Democratic presidential candidate, is pictured (above) speaking at the SEIU Unions For All Summit in Los Angeles earlier this month. She has faced scrutiny over claims she made in her biography

If these candidates, in particular Biden, 76, slump in the polls or even withdraw from the race, Bloomberg is said to be waiting in the wings.

One of Bloomberg’s allies told the network: ‘I think it’s something he wants. He has not been shy about that.

‘Nothing can happen unless Biden drops out, and that’s not happening anytime soon.’

There was speculation Bloomberg would run against Barack Obama in 2012, and he considered making a presidential run during the 2016 election, before endorsing Hillary Clinton. 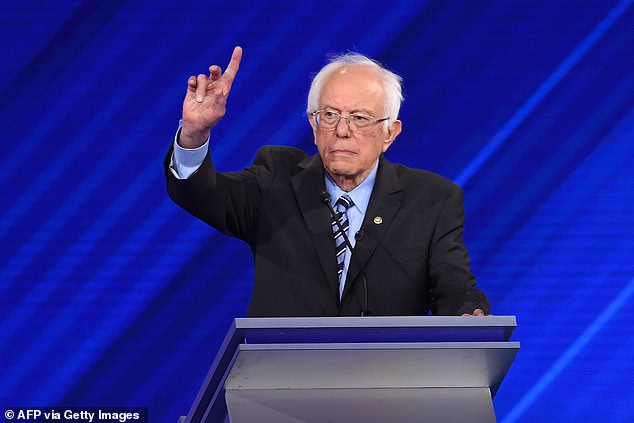 Senator for Vermont Bernie Sanders recently suffered a heart attack. He is pictured (above) during a primary debate of the 2020 presidential campaign candidates in September

During his three terms as mayor, the 77-year-old was a Republican and then an independent, but registered as a Democrat again a month before the party’s triumph in the 2018 midterm congressional elections.

He was a big donor to that campaign push and previously said he would run as a Democrat if he launched a bit for the White House.

One New York billionaire with ties to Bloomberg told CNBC: ‘Bloomberg is in if Biden is out.’

Forbes estimates his net worth at $51 billion and he was planning to spend over $100 million on a campaign for president if he decided to run.

August 11, 2020
Comments Off on LA’s Garcetti under fire from police union over ‘party house’ plan

Turley explains how Antifa is the ‘Keyser Soze’ of social unrest

August 5, 2020
Comments Off on Turley explains how Antifa is the ‘Keyser Soze’ of social unrest

July 30, 2020
Comments Off on Donald Trump Jr. jokes that Mitt Romney is ‘my favorite Democrat,’ WON’T rule out running for office

August 4, 2020
Comments Off on Top Democrat launches attack on AOC after she endorses primary rival to anti-abortion congressman