Millions of Australians have sweltered through a scorching heatwave that sent temperatures soaring across the nation.

Melbourne hit 36.7C late on Monday afternoon, the city’s hottest day in almost a year, with residents flocking to the beach in droves seeking relief from the searing heat.

Parts of regional Victoria were even warmer, with Horsham, Mildura, Shepparton and Swan Hill all nudging the 40C mark.

Adelaide also bore the brunt of the heatwave sweeping parts of the country, with the temperature in the city of churches hitting 38.3C. 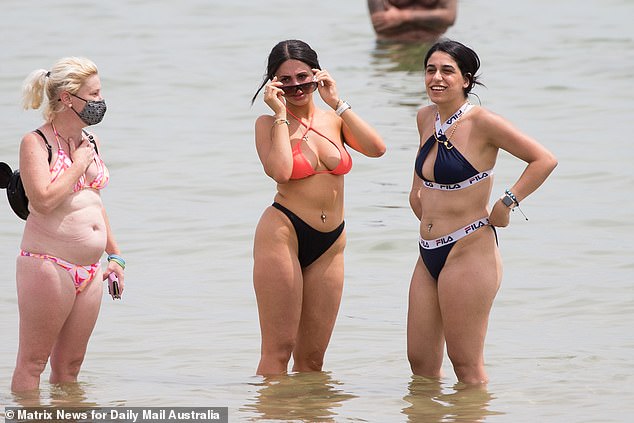 The mercury in Melbourne hit 36.7C late on Monday afternoon, with St Kilda beach a popular spot for residents looking to beat the heat 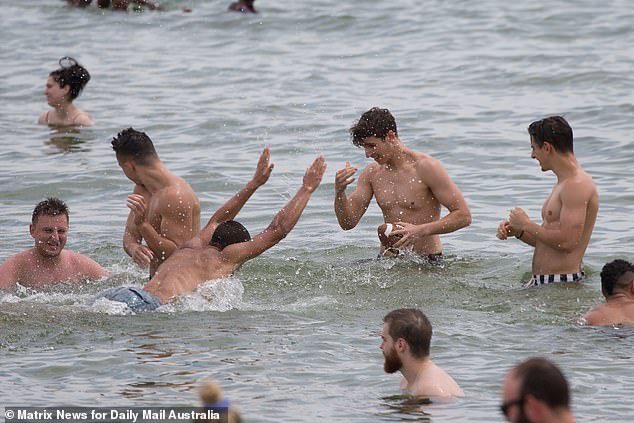 The hot weather had well and truly set in by the late afternoon, with residents not expected to experience relief from the heat until about 11pm on Monday

Tasmania was not spared either, with areas in the southern part of the state almost 17C above average.

A total fire ban was declared for Victoria’s Mallee, Northern Country and Wimmera areas, with the danger rated as severe across the three regions.

The fire danger in Central, North Central and South West regions is considered very high, while it is high in the North East and Gippsland regions.

Melbourne has not been as hot since January 31 last year when the temperature reached 42.9C.

Chris Arvier, a senior forecaster for the Bureau of Meteorology, said Melbourne’s weather was about 10C above average. 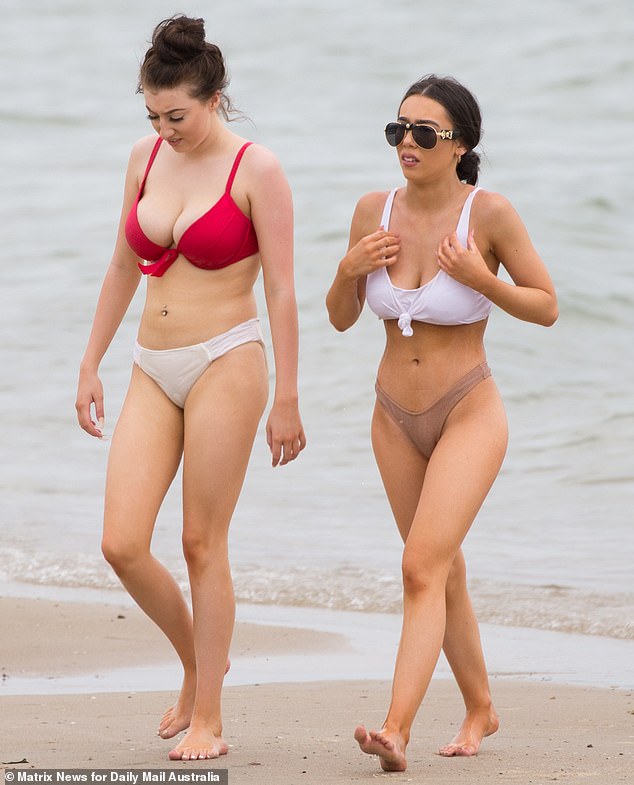 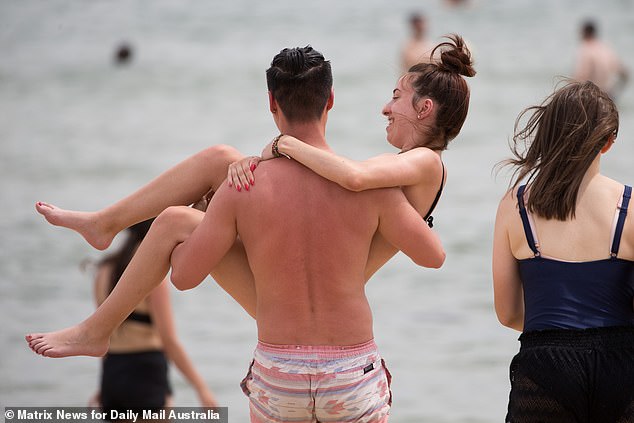 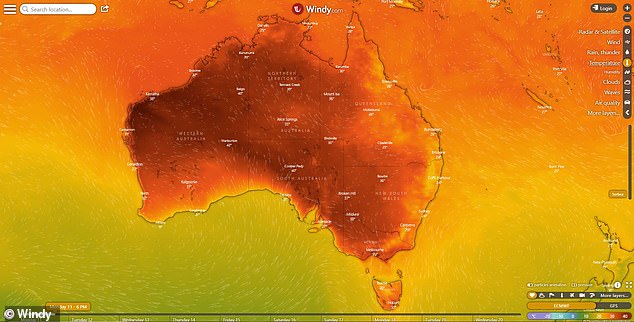 The Bureau of Meteorology put out a heatwave warning for almost all of Australia, including South Australia, Victoria, NSW, the ACT, Tasmania, the Northern Territory and Western Australia

He said Victorians won’t see relief from the hot weather until well into Monday night.

‘A change is coming through in late in the evening and it will be a much cooler day tomorrow before the warm weather returns on Wednesday,’ he told AAP.

Melbourne is forecast to reach 34C on Wednesday before mild conditions return.

NSW is next in line for the sweltering conditions, with soaring temperatures set to bake parts of the state.

A high pressure system over the Tasman Sea is drawing warmer air across NSW, with the Bureau of Meteorology forecasting temperatures to hit the high 30s and lows 40s.

Southern NSW and the Riverina are already feeling the heat but it will build and spread across the state, likely until Friday.

‘We’ll see temperatures in Wagga Wagga (reach) 41 on Wednesday, the hottest time of the week for that area, (and) Griffith 42,’ meteorologist Melody Sturm said.

‘Those are both about nine degrees above the January average.’ 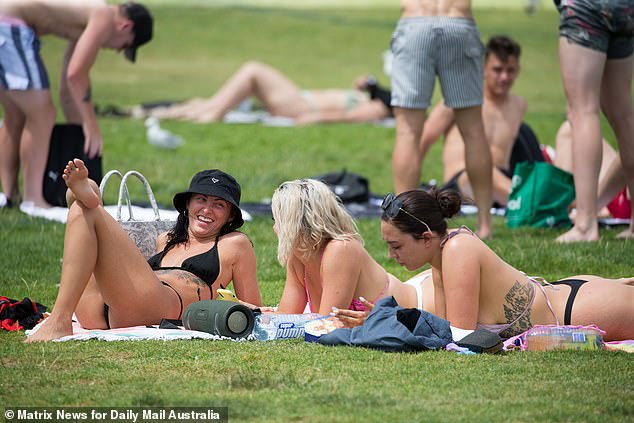 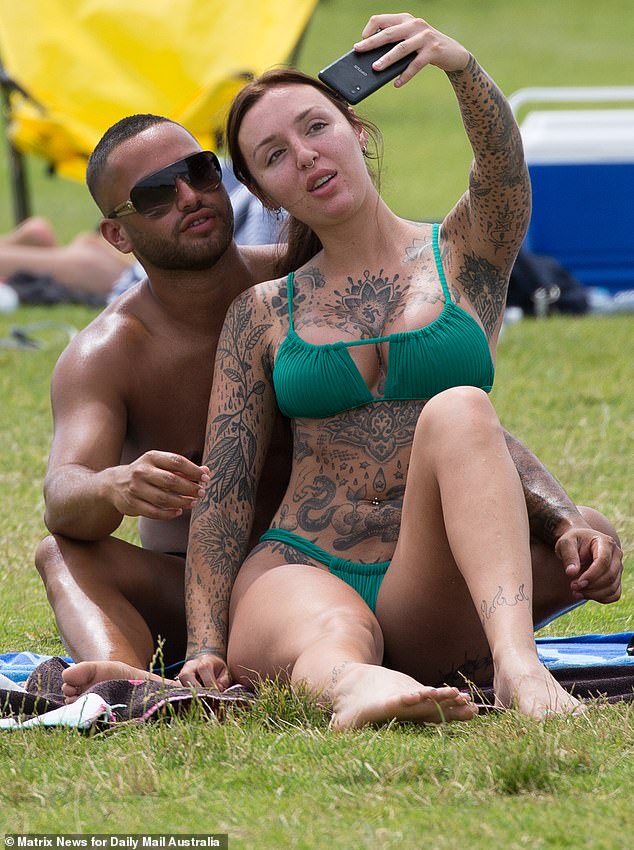 The nights won’t bring much relief either, with temperatures forecast to remain high.

With the heat comes heightened fire danger across the state.

The Riverina is currently the subject of a very high danger rating, which will extend until Thursday.

The ACT will also swelter this week, with Canberra expected to reach 36C.

The heatwave is impacting a significant chunk of Australia.

‘A low intensity heatwave can be seen over central and northern WA, extending across the country into northern Victoria, NSW, southwestern Qld and southern NT,’ the Bureau of Meterology said in a heatwave forecast for Tuesday.

The Western Australia Pilbara district will experience temperatures in the low to high 40C range all week, reaching as high as 47C on Friday.

FIVE DAY WEATHER IN YOUR CITY