Too common for the Commons! Scruffy MP Jonathan Gullis is SNUBBED as he tries to address the chamber via Zoom without donning a suit and tie

By Milly Vincent For Mailonline

An MP was snubbed from speaking in Parliament via Zoom today after being told he was dressed too casually to appear.

Conservative Jonathan Gullis had been set to address the Commons from home during a debate on support for businesses and individuals during the Covid-19 pandemic.

However, the Stoke-on-Trent North MP was skipped on the order paper by Deputy Speaker Dame Eleanor Laing who took one look at the MP’s sweater before stating that he needed to dress as if he was physically at the House of Commons.

Mr Gullis, who used to be a secondary school teacher in Birmingham, was later able to make his virtual contribution to Parliament after sourcing a jacket and a tie to wear.

During the debate, Mr Gullis appeared on screen with Dame Eleanor telling the Commons: ‘We now go to… we now go… no, I don’t think we do go to Stoke-on-Trent, the honourable gentleman (Mr Gullis) has to be dressed as if he were here in the chamber.

‘So we will not go to Stoke-on-Trent, we will try to come back to Mr Gullis in due course, but we will go now to Chesterfield, (with Labour MP) Toby Perkins.’

Mr Perkins said: ‘Thank you very much, Madam Deputy Speaker, you’ll see I’ve got all my clothes on and I’m sure you’d be pleased to know it.’ 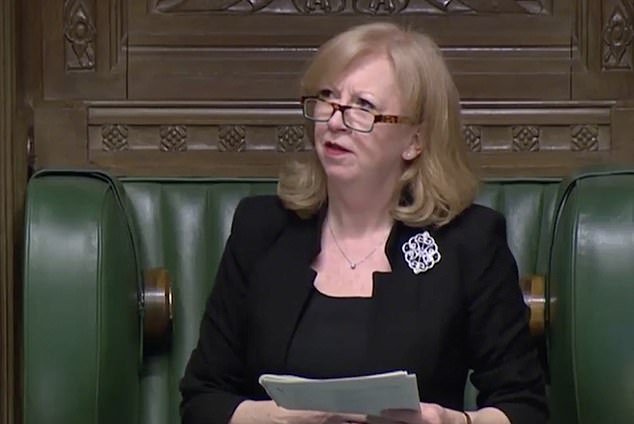 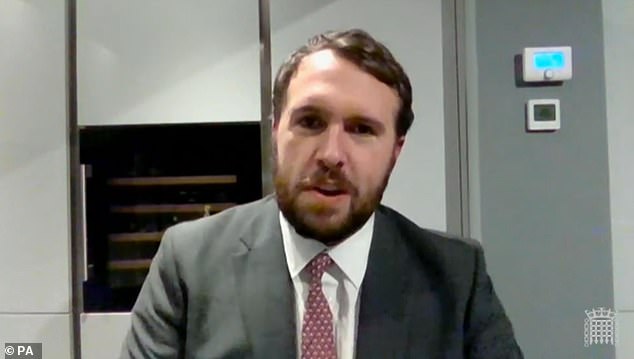 Following the contribution of Mr Perkins, Dame Eleanor returned to Mr Gullis, who appeared once again on screen, but had by this time put on a jacket.

She said: ‘We are now going back to Stoke-on-Trent, where I observe that the honourable gentleman is now properly dressed.

‘Lest anyone should be confused, when people are participating virtually then they are appearing in this chamber, the chamber of the House of Commons, and therefore it is absolutely imperative that everybody taking part in these debates should be dressed in the way that they would be in the House of Commons.’ 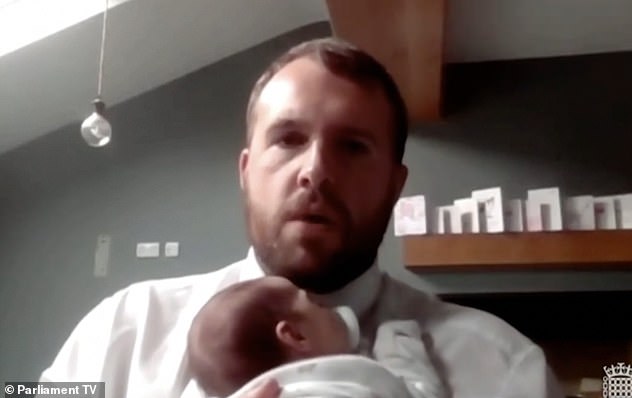 This is the adorable moment a crying baby interrupted an Education Select Committee’s video call as the newborn’s father battled to keep his little girl quiet. Pictured, Stoke Conservative MP Jonathan Gullis with his daughter Amelia

Having been called to speak, Mr Gullis said: ‘Thank you Madam Deputy Speaker, the jacket is now on! Apologies.’

The Tory MP won hearts in September when his crying newborn daughter, now six-months-old, interrupted an Education Select Committee’s video call as he battled to keep her quiet.

Footage of the surprising scenes was shared to Twitter, with social media users praising the MP for his multitasking skills during the Ofqual grilling over the exam results fiasco.