So what DID happen to The Wolf of Wall Street? Mystery as pedigree stallion is found dead after being shot in the heart – and police have no idea how they’ll solve the case

Mystery surrounds the brutal killing of a pedigree stallion on a remote rural property.

The horse, named The Wolf of Wall Street, was found dead on June 18 after being shot in the heart on a property near Mount Surprise, 330km west of Cairns.

It is believed he was shot between 8pm on Tuesday, June 16 and 3.30pm on Thursday, June 18, while the animal was in the front paddock of the property. 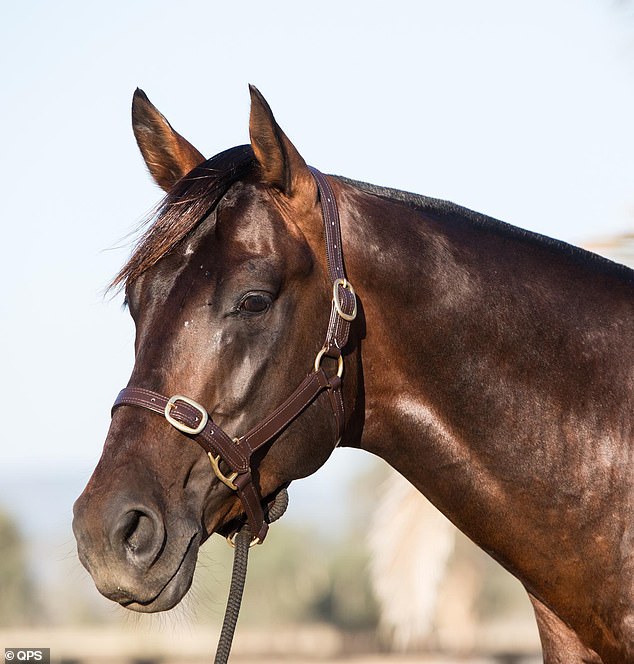 The horse was bought at auction for $65,000 and nicknamed The Wolf of Wall Street by owners Kelli Thomas and Ray Heslin.

He was in the paddock with four mares when he was killed.

More than a month on, and no motive or suspect have been found.

‘We would love for that to be tomorrow but if it’s going to take time we are willing to wait because we would eventually like to know who did it,’ Ms Thomas told the Cairns Post.

She described The Wolf as a ‘pure gentleman’ who was easy to be around.

‘We fell in love with him straight away, he was an outstanding horse and he was perfectly put together, and we bought him because of his bloodline as well,’ she said.

‘Money will not replace him, it was never about the money, we could have sold him several times and we never did because to us he was a special animal and unique.’ 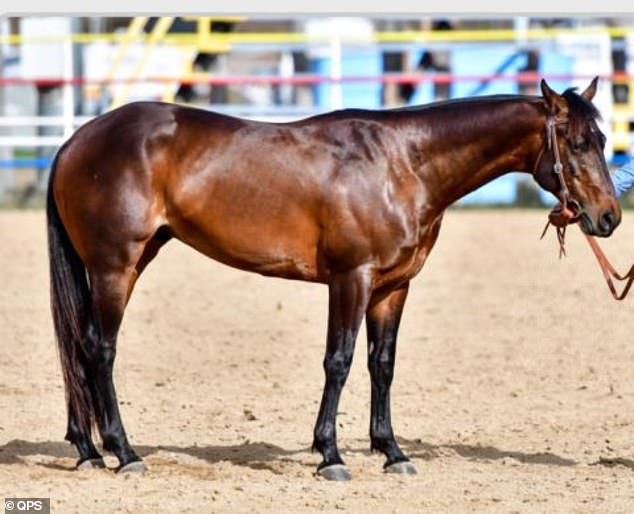 The Wolf’s owners Kelli Thomas described their horse as a ‘true gentleman’ who they fell in love with straight away (The Wolf pictured at auction where he sold for $65,000)

Investigators from the Major Organised Crime Squad Rural have urged anyone with information to come forward.

‘A horse of this calibre, and the fact that it’s the only horse that was shot in that paddock when other horses were in there, it lends to a certain line of investigation,’ Detective Sergeant Mark Kerswell told the ABC.

‘It’s a shot that’s gone to the horse’s chest and he has died from that one single shot. 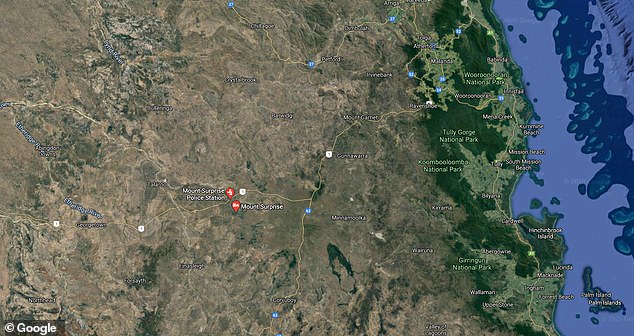 The Wolf was in a paddock on the remote property with four mares for breeding, none of the other horses were harmed

August 11, 2020
Comments Off on Girl born into the Colt incest family claims her father would use a skinny stick to rape her

July 14, 2020
Comments Off on Hundreds of dodgy face masks withdrawn in Australia because they do not protect against coronavirus

Corona: Cutting Corners in the Race for a Vaccine

August 7, 2020
Comments Off on Corona: Cutting Corners in the Race for a Vaccine

Chemist Warehouse launches a mid year ‘madness’ sale on EVERYTHING

July 17, 2020
Comments Off on Chemist Warehouse launches a mid year ‘madness’ sale on EVERYTHING

July 19, 2020
Comments Off on Black bear approaches VERY CALM hikers who stand still before it wanders away in Mexico

Volcanic island in the Pacific Ocean is experiencing a ‘growth spurt’

July 7, 2020
Comments Off on Volcanic island in the Pacific Ocean is experiencing a ‘growth spurt’

Iodine mouthwash ‘could protect against coronavirus’

August 10, 2020
Comments Off on Iodine mouthwash ‘could protect against coronavirus’

July 28, 2020
Comments Off on Australia’s casual aged care workers to get paid pandemic leave to stop the spread of coronavirus

Man shot by Secret Service outside White House was unarmed