Natasha Richardson’s son Micheál has reflected on his grief after the late star’s sudden death in 2009, when he was aged just 13, in a new candid interview.

Speaking to Times 2 on Tuesday, the up-and-coming actor, 25, whose father is Liam Neeson, admitted that he wished he ‘could have adult conversations’ with his mother and said he was always a ‘mama’s boy’, making the loss even harder.

Natasha tragically died at the age of 45 from an Epidural hematoma, or bleeding around the brain, two days after accidentally hitting her head during a beginner’s skiing lesson in Quebec, Canada. 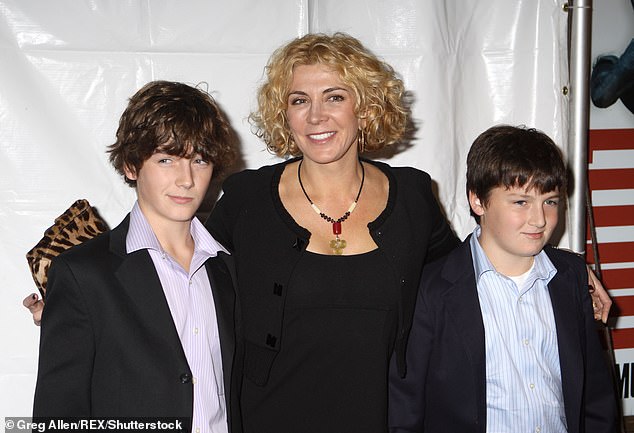 ‘I was a mama’s boy – I wish I could have adult conversations with her’: Natasha Richardson’s son Micheál reflected on his grief, in an interview on Tuesday (pictured left with his mother and brother Daniel in 2008)

Speaking about the loss Micheál said: ‘She was a terrific, terrific mother. What I wish is I could have just these adult conversations with her, these random questions about the industry or music.

‘I was a mama’s boy growing up and she was really my best friend. I mean we were all a close family, but Danny [his younger brother] was my dad’s boy and I was my mom’s boy, for sure.’

Going on to discuss how he felt following her tragic accident, he went on: ‘It was so sudden. When it’s unexpected and it’s just a complete freak accident, it really sort of messes with your mind, whether you believe in fate or not.’

Micheál added that the experience of losing his mother at such a young age made him go through ‘a bit of a head spin’ and he had years of ‘distracting’ himself from the loss, but said he still often gets hit by grief suddenly. 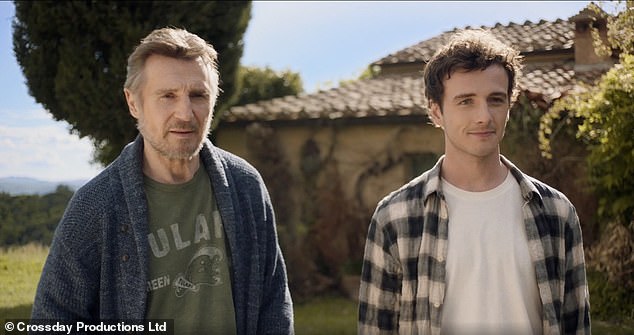 Struggle: Micheál, whose father is Liam Neeson (pictured together in film Made In Italy), also admitted that he wished he ‘could have adult conversations’ with his mother 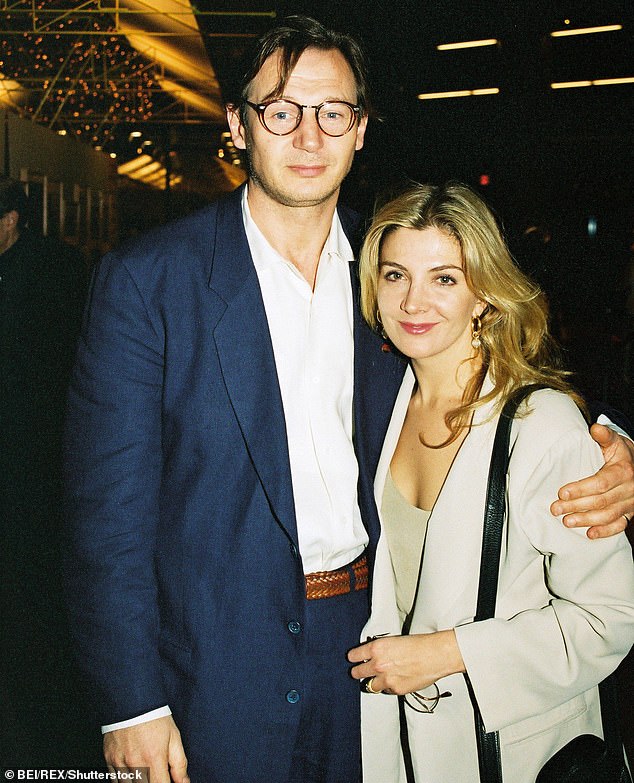 Loss: Natasha died at the age of 45 from an Epidural hematoma, or bleeding around the brain, two days after accidentally hitting her head during a skiing lesson in Canada (pictured in 1993)

Micheál and his father explore their family relationship profoundly in Made In Italy, a sweetly poignant comedy-drama about a father, Robert, and his estranged son Jack, who travel to Tuscany to sell the house they have inherited from Robert’s late wife.

She died many years earlier when Jack was small, although they have rarely talked about her since. Nevertheless, the reverberations of her loss have defined their relationship, and the film mirrors Micheál and Liam’s own family tragedy.

Micheál is a scion of the legendary Redgrave acting dynasty that includes his late mother and her sister, as well as his grandmother Vanessa Redgrave and her father Sir Michael.

A particularly significant way Micheál has chosen to remember his mother is to adopt Richardson as his stage name. 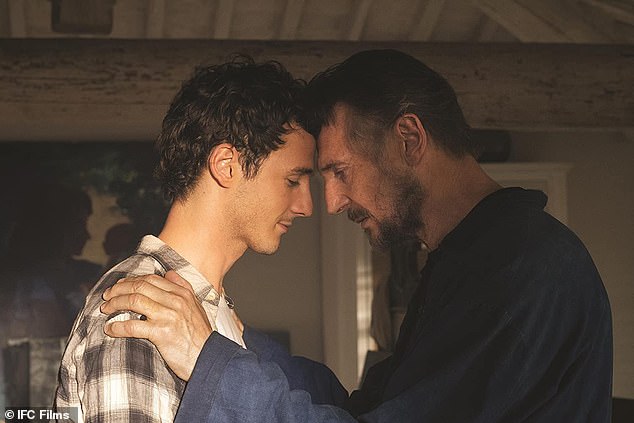 Honest: Micheál reflected ‘I was a mama’s boy growing up and she was really my best friend. I mean we were all a close family, but Danny was my dad’s boy and I was my mom’s boy, for sure’ 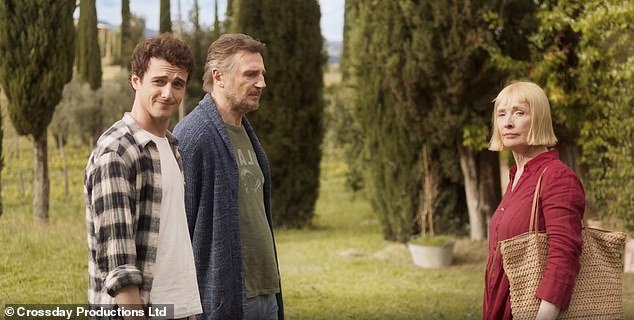 Poignant: Micheál and his father explore their family relationship in Made In Italy, a film that follows a father and his estranged son as they try and sell the house left by his late mother

Speaking to Weekend Magazine in August last year, he explained the decision: ‘I use it to honour my mother and my Aunt Joely, it’s the best way of keeping Mom close to me. I could have taken Redgrave but it was already taken by Michael and I couldn’t do that to my great-grandfather.

‘But my mom did start a family of her own and I feel it represents her and also my grandfather Tony Richardson.’

Natasha and Joely’s father was a double Oscar-winning director.

He also went on to say the tragedy of his mother’s death is one the family has found simply too difficult to talk about at times. 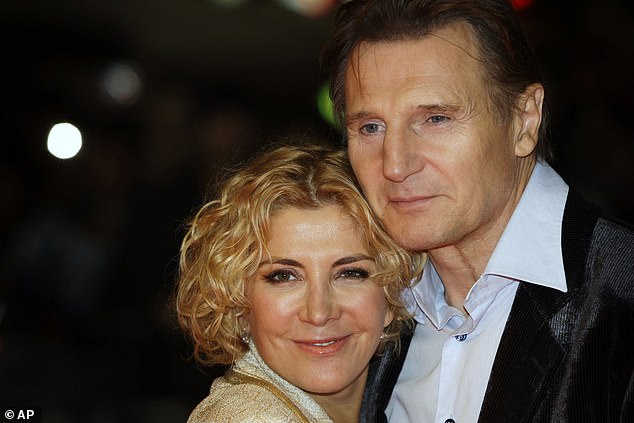 Moving: Micheál is a scion of the Redgrave acting dynasty that includes his late mother (pictured in 2008), and he chose to remember her by adopting Richardson as his stage name

‘It’s very easy to shy away from the grieving process. It’s so painfully difficult to lose somebody close to you that sometimes the easiest thing to do is to shove it under the carpet. That’s what my dad did.

‘I’m still trying to figure it out myself. The one useful thing I’ve learned is to keep the person in your mind and honour them in whatever way you can.’

Speaking in the same interview, Liam reflected on the film they made together, and said: ‘There were certain emotional scenes in the film that we both felt we could do without intellectualising them, areas that we were going to have to get into that we could call upon with a certain amount of ease, let’s put it that way.’

He went on: ‘I’m not going to say it was cathartic, that’s too easy and too hippie. But I do think that it will maybe help at some stage to open a door to our conversations about a number of things. I hope so.’ 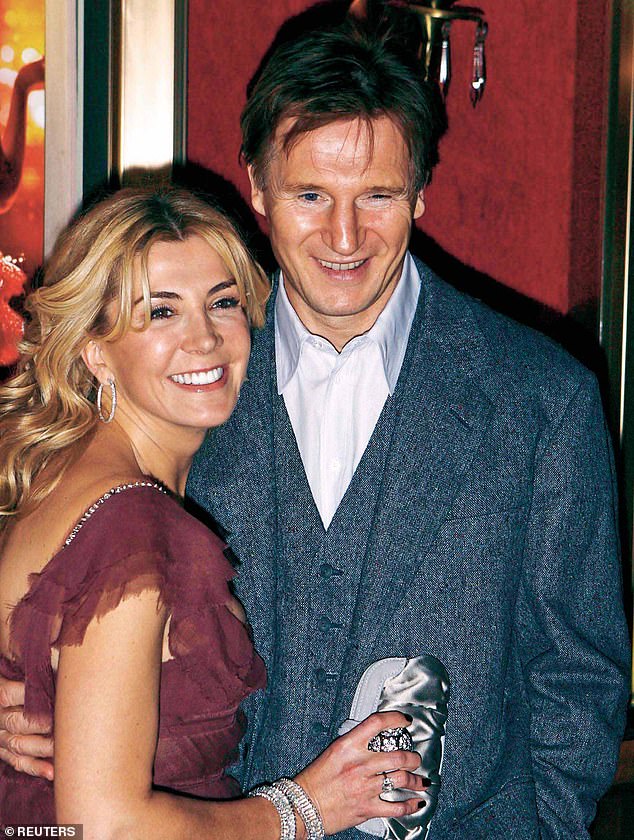 Tribute: Speaking to Weekend Magazine in August, Micheál explained: ‘I use it to honour my mother and my Aunt Joely, it’s the best way of keeping Mom close to me’ (pictured in 2006)