New York City residents currently owe more than $1 billion in missed rent, with around 185,000 apartments at least two months behind on payments.

A stark survey released this week by landlord group the Community Housing Improvement Program (CHIP) has revealed the extent of rental debt New Yorkers are grappling with as the city continues to be hammered by the COVID-19 pandemic.

It shows that residential tenants of rent-regulated apartments owe around $1.14 billion in unpaid rent with the average renter in debt owing $6,173.21.

A staggering 50,000 individual tenants owe over $15,000 in missed payments. This is equivalent to around 11 months rent, CHIP says, based on the average monthly rent of $1400 for a rent-regulated apartment.

This means almost 6 percent of tenants have failed to pay rent at all since March when the pandemic first ravaged the Big Apple and stay-at-home orders shuttered businesses, throwing millions into unemployment.

But there is little relief for landlords receiving no rent for their properties and experts are warning that hundreds ‘will not be able to survive’ if urgent assistance isn’t given.

New York City residents currently owe more than $1 billion in missed rent, with around 185,000 apartments at least two months behind on payments

The number of renters missing payments by at least two months has skyrocketed by 300 percent in the last year.

Almost a fifth – 19.4 percent – of tenants are more than two months behind in rent, the survey of 40,000 rent-regulated housing units found.

This is a more than 300 percent increase from February, when 6.14 percent of rent-regulated tenants were more than two months in arrears.

Jay Martin, executive director of CHIP, told DailyMail.com many landlords will struggle ‘to survive this crisis.’

‘Hundreds of small property owners will not be able to survive if they don’t receive help immediately,’ he said.

Cuomo first issued a statewide executive order banning landlords from evicting tenants amid the coronavirus pandemic from March through to June.

On June 30, Cuomo then extended the moratorium until August.

He also introduced the Tenant Safe Harbor Act providing protection for renters who have suffered financial hardship due to the pandemic.

He extended it again in August before expanding protections in October to include commercial tenants.

The moratorium was due to expire again January 1 before Cuomo extended it further.

While the moratorium provides much-needed relief for New Yorkers struggling to keep a roof over their heads amid the pandemic, it has put a huge strain on landlords who are calling for the government to provide them financial assistance as people live rent free in their properties. 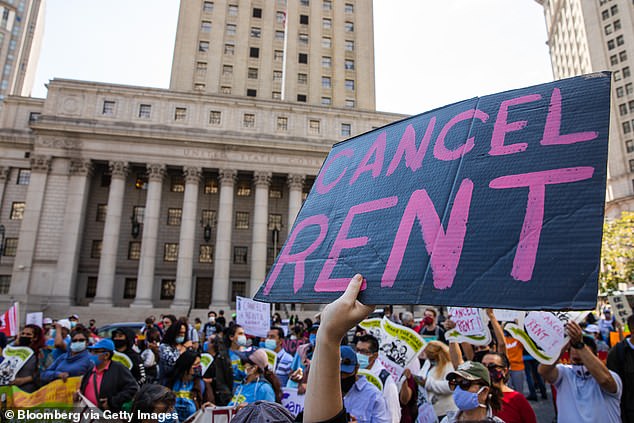 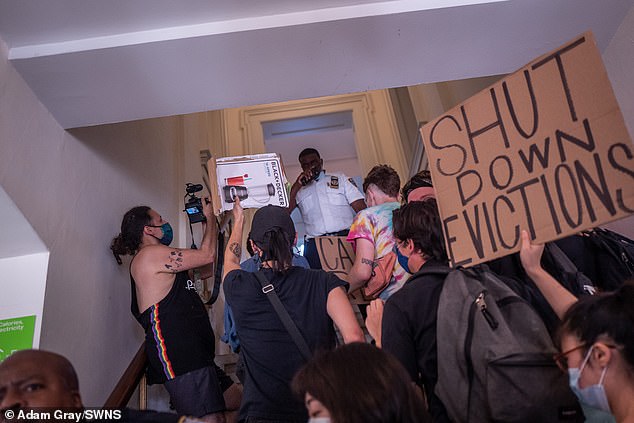 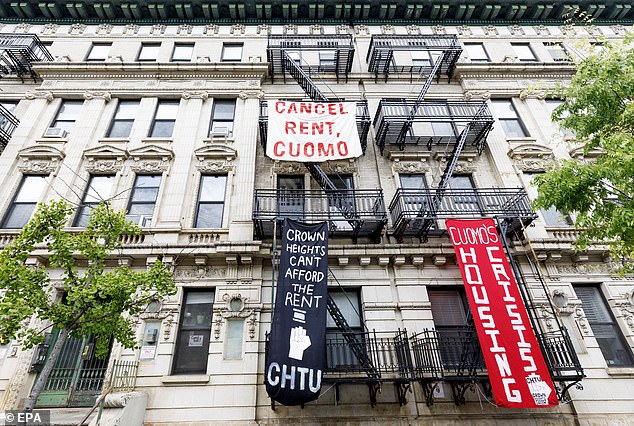 A stark survey by the Community Housing Improvement Program (CHIP) has revealed residential tenants of rent-regulated apartments owe around $1.14 billion in unpaid rent with the average renter in debt owing $6,173.21

Tenants cannot be evicted but their debt is repayable after the moratorium expires.

It is not clear how hard-hit tenants will find the funds to repay multiple months worth of payments when it ends.

And, in the meantime, landlords are struggling to pay their mortgages with no rental income.

The federal government finally approved a $25 billion rental assistance package for Americans in December, of which New York will receive $1.3 billion.

It is up to individual states to decide how to spend the funds which will help some struggling tenants pay their rent.

New York state and city housing agencies are expected to announce plans for allocating the funds in the coming weeks. 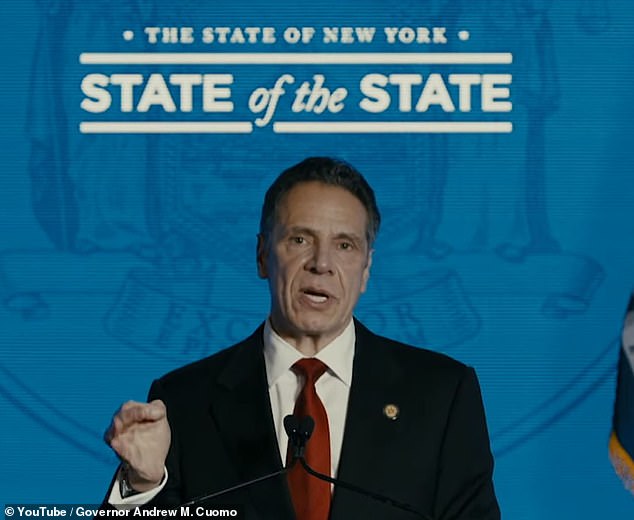 But while the federal aid is ‘a start’, Martin said it ‘is not enough’ to save many small property owners from financial ruin.

‘It won’t make housing providers whole, but it will allow many of them to survive this crisis and hopefully the federal government will be able to provide additional assistance to renters and owners when Joe Biden is sworn-in as president.’

A separate CHIP survey in October found that 15 percent of landlords didn’t think they would be able to pay their property taxes in 2021.

The CHIP, which represents owners and operators of more than 400,000 units of rent-regulated housing, is calling on the government to cover the rent tenants are unable to pay so that landlords aren’t left high and dry.

‘We have a clear blueprint to protect renters from eviction and the housing system from collapse. The government needs to pay the rent for those who can’t afford it,’ Martin said in a statement. 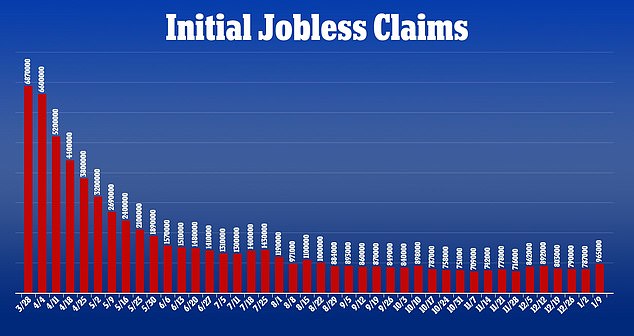 ‘The government has mandated that owners provide housing without compensation throughout the public health crises regardless of the renters’ ability to pay.

‘Our owners have done their part, now the government must do their part to help pay for the cost of housing thousands of people.’

He said an extra $1 to $2 billion would help pay off debt caused by the pandemic.

Missed rent payment is only one part of the problem facing New York City landlords as rent prices have plunged and there has been an exodus of residents from the city.

More than one in 10 apartments are sitting vacant in the Big Apple, a December survey from CHIP found.

Swathes of wealthy New Yorkers fled the city at the height of the pandemic and with many businesses sticking to home working for the foreseeable future, many have made the move more permanent by relocating to areas with lower taxes.

This is the highest since late August and the biggest single week increase since the coronavirus pandemic began in March as cases, deaths and hospitalizations from the virus soar. 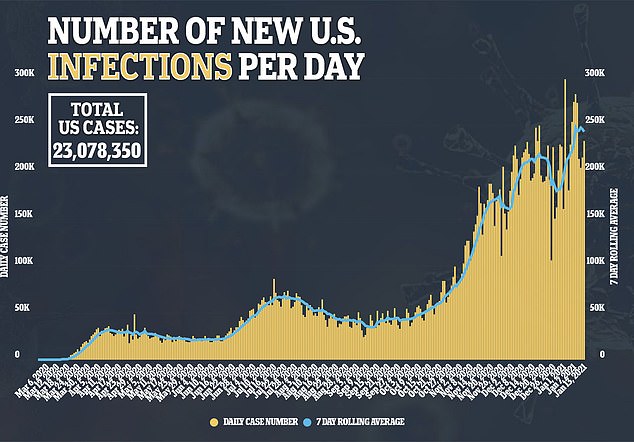 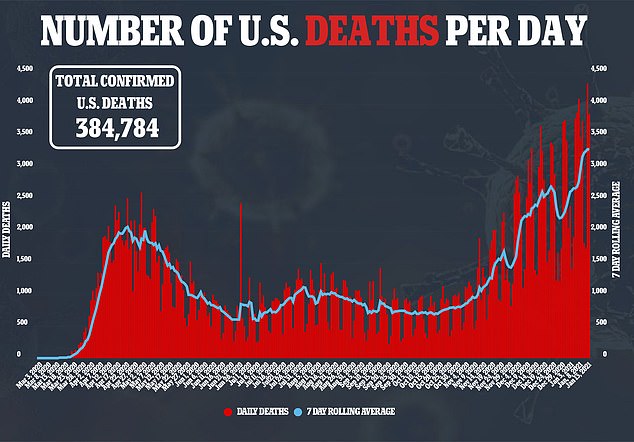