Another returning traveller in New Zealand has busted out of the country’s mandatory 14-day quarantine period, marking it the fourth time a breach has occurred in just the past week.

A person in their 60s was the latest to break out of their guarded hotel confinement after smashing a window in the middle of the night.

The individual then fled the Waipuna Hotel and Conference Centre in Mt Wellington and knocked on three local residents’ doors. 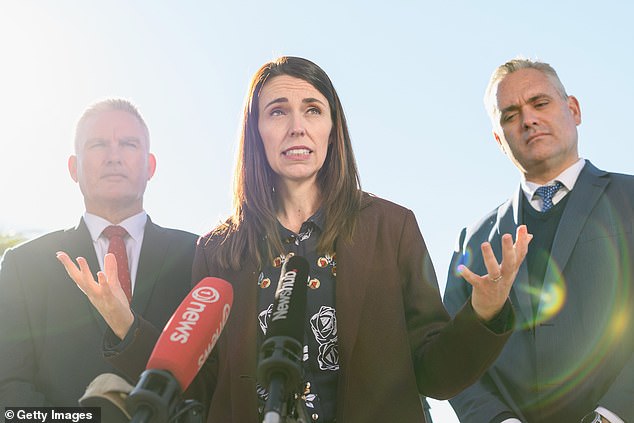 Police arrived on the scene shortly after midnight and immediately sent the wandering return traveller back into isolation.

Mr Webb said the individual had previously tested negative to COVID-19 days earlier and that there was ‘very low’ risk to the public. 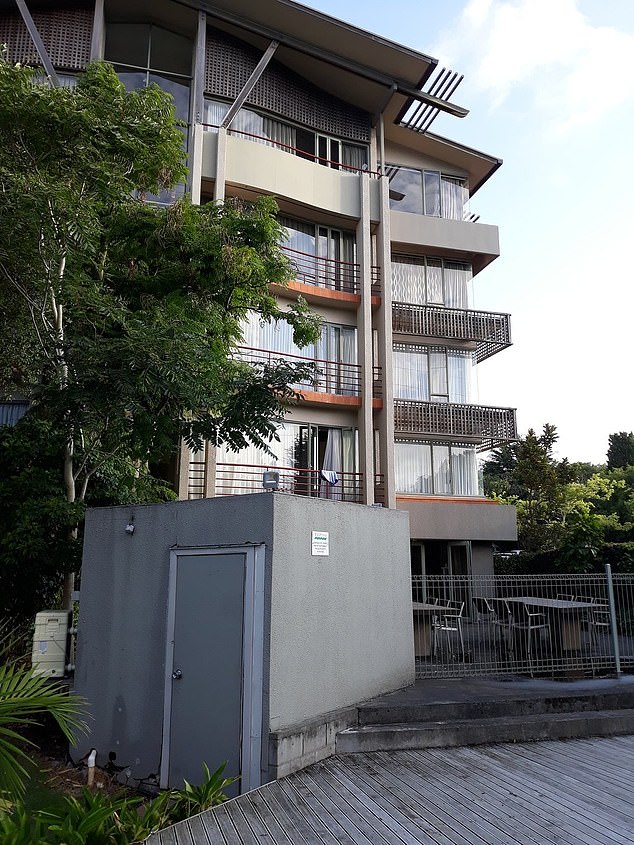 The individual is now being offered health and welfare support.

The bizarre episode followed an equally strange incident on Thursday when a man in his 50s allegedly absconded from the Distinction Hotel in Hamilton to stock up on alcohol.

‘He walked in and bought a four-pack of Leffe Blonde and a pinot noir,’ a staff member at the Te Rapa Brews bottle shop told the NZ Herald.

‘I asked him how he was and he just said fine.’ 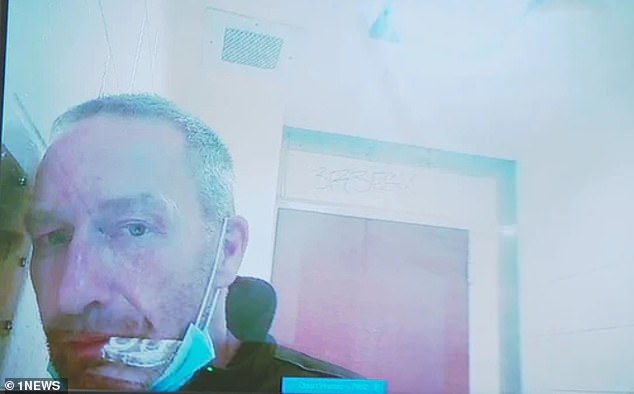 Martin James McVicar (pictured), 52, appeared in Hamilton District Court on Friday accused of breaking out of his quarantine hotel to visit a nearby liquor store on Thursday evening 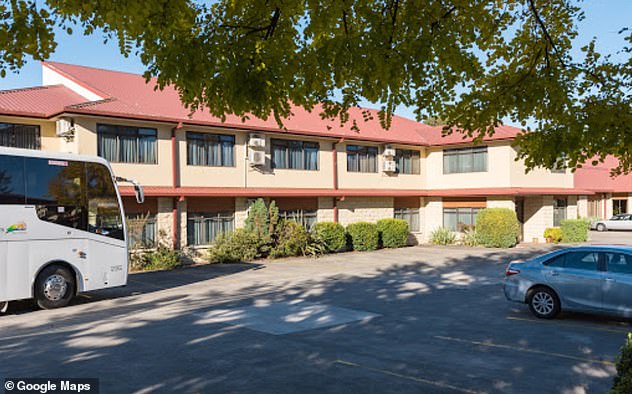 McVicar allegedly left the Distinction Hotel (pictured) in Hamilton, on New Zealand’s North Island, through a fire escape and cut through fence ties on a 1.8-metre fence 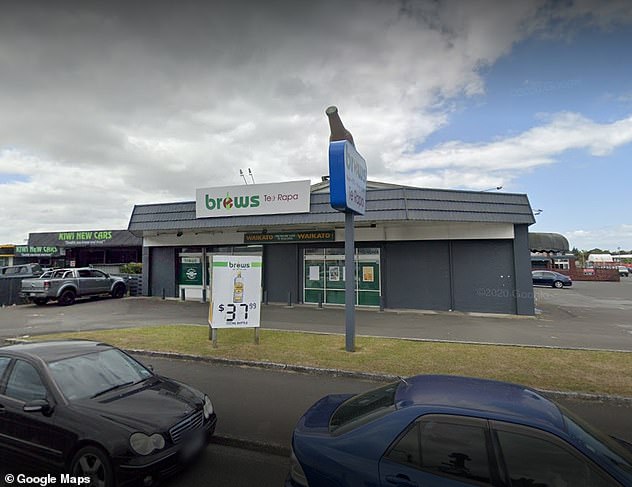 McVicar allegedly visited the Brews Te Rapa (pictured) bottle shop and purchased a four pack of beer and a bottle of wine before returning to the hotel between 6.30pm and 7pm

Although the man tested negative for coronavirus, there was another instance were an infected arrival was outside his managed isolation facility for about 70 minutes.

On Tuesday, a 32-year-old who arrived from India snuck out of the Stamford Plaza in Auckland to go to a busy shopping centre. 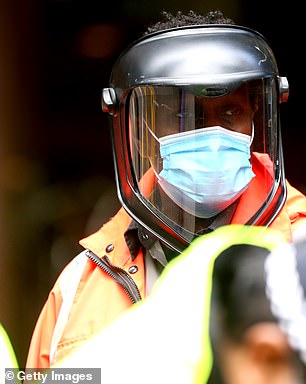 The man had escaped through a hole in a fence while having a cigarette in a smoking area.

‘It is completely unacceptable that we have now had two people let everybody else down by breaking the rules, leaving facilities and putting New Zealanders at risk.

‘These are acts of selfishness that we intend to use the full weight of the law to stop.’

Last Saturday, a similar incident occurred when a 43-year-old woman jumped two fences at the Pullman Hotel in Auckland.

She was found a few blocks away after an hour and 40 minutes.

Commodore Webb said charges will be brought against any individual who breaches quarantine laws.

The maximum penalty for breaking New Zealand’s COVID-19 managed isolation regulations is a six-month jail sentence or a $4,000 fine. 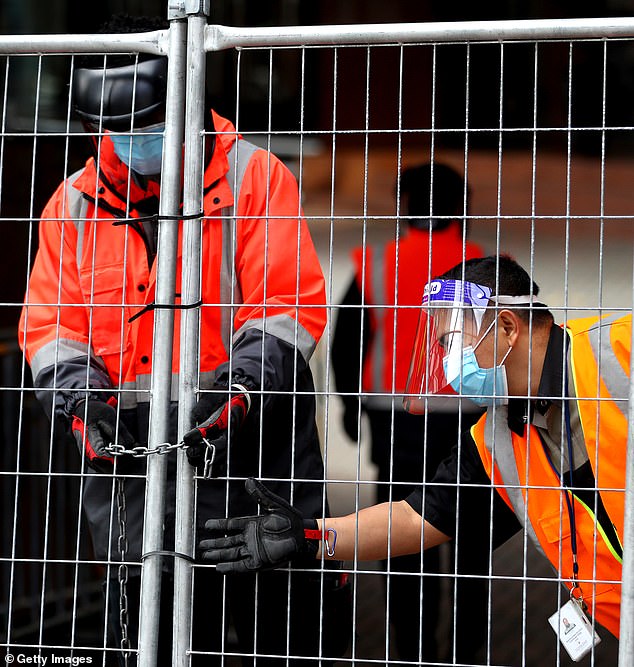 Security close the gates outside the Stamford Plaza on July 10 in Auckland, New Zealand

August 7, 2020
Comments Off on Parents win battle to name their son LUCIFER after registrar tried to ban it

August 12, 2020
Comments Off on New Zealand: Man, 24, accused of murdering a policeman in Auckland shooting denies all charges

England aiming to be the world’s best Test team, says Chris Woakes ahead of series against Pakistan

August 3, 2020
Comments Off on England aiming to be the world’s best Test team, says Chris Woakes ahead of series against Pakistan

August 5, 2020
Comments Off on Funeral held for mum who was ‘too healthy for cancer’ after COVID-19 restrictions eased

August 9, 2020
Comments Off on Girl, 4, who miraculously survived Christchurch mosque massacre wants to face the shooter in court

August 5, 2020
Comments Off on Lawyer makes Air New Zealand staff cry and brands them racist after being refused entry into lounge