Chris Hemsworth is in the best shape of his life as he films the latest Marvel sequel Thor: Love and Thunder – and he wasn’t afraid to let everyone know about it during his Friday night out at the footy.

His brazen display – which certainly impressed the NRL team’s players, coaches and staff – came after he watched the game with wife Elsa Pataky and a host of A-list friends, including actress Isla Fisher, in Rabbitohs co-owner Russell Crowe’s box. 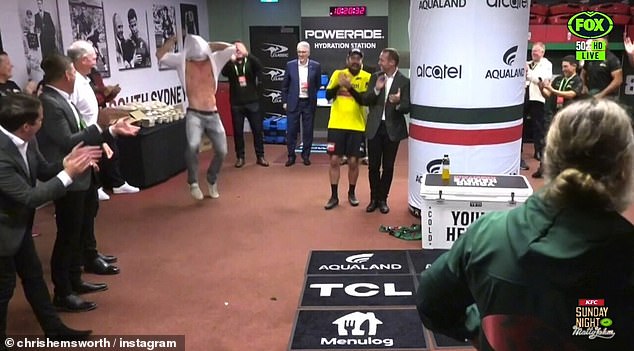 Ripped: Chris Hemsworth showed off his bulging muscles as he crashed the South Sydney Rabbitohs’ locker room following their win against the Roosters at Stadium Australia on Friday

Chris pulled his white T-shirt over his head to reveal his ripped physique and washboard abs.

He then started lifting his knees and running around in a circle while pumping his fist in the air as the team cheered him on.

He later posed for photos with the players including a selfie with superstar five-eight Cody Walker and a team happy-snap. 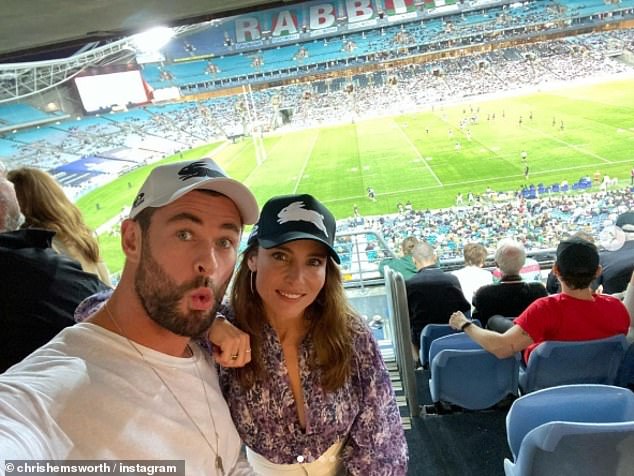 Fun night out! His brazen display came after he was spotted watching the game alongside his wife Elsa Pataky (right) and a host of A-list friends, including Russell Crowe and Isla Fisher

Natalie was also accompanied by her husband Benjamin Millepied, 43, with the pair showing their support by wearing caps supporting Chris’ favourite team.

The arrival of so many A-list Hollywood stars in Australia in recent months has seen New South Wales, and the celebrity haven of beach side town Bryon Bay, dubbed Hollywood 2.0. 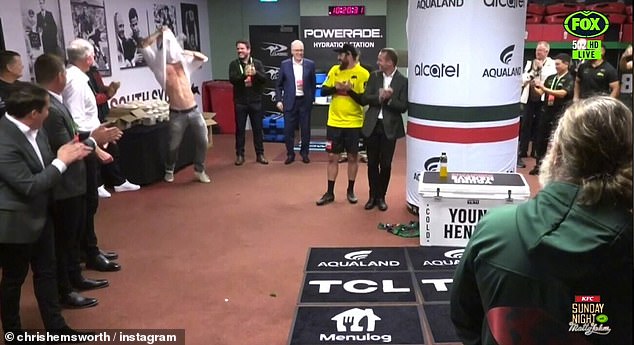 Celebration! Chris pulled his white T-shirt over his head as he lifted his knees and ran around in a circle while pumping his fist in the air as the team cheered him on

Chris has been working on the new Marvel film Thor: Love and Thunder in Sydney, along with Jeff, Natalie and Tessa.

The film is largely being shot at Sydney’s Fox Studios, but elaborate structures have been seen at nearby Centennial Park, as well as Little Bay.

Thor: Love and Thunder is due for cinematic release in May 2022. 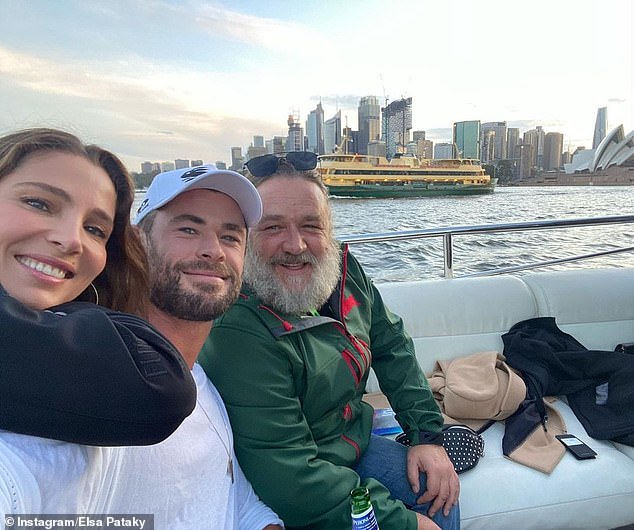 Night at the footy! At the game, Chris (centre) and Elsa (left) joined the likes of Russell Crowe (right), Taika Waititi and Jeff Goldblum in a private box 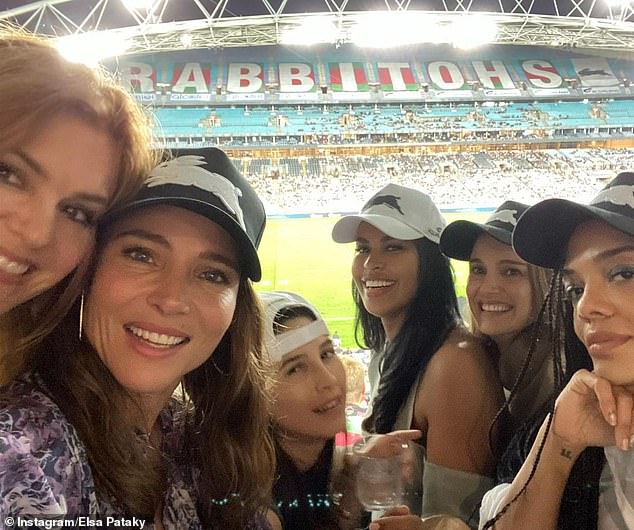