Sources told the Wall Street Journal several aides in the governor’s office have been ordered to hand over documents to investigators just days after some of Cuomo’s accusers said the inquiry was also looking at whether his top officials tried to intimidate the women when they came forward with their allegations.

DeRosa, who works as secretary to the governor and is a member of his COVID-19 taskforce, was reportedly among those subpoenaed.

A total of eight women have now come forward to accuse Cuomo of sexual harassment or inappropriate behavior including three former and two current aides in his office.

The governor has said he ‘never touched anyone inappropriately’ and ‘never made any inappropriate advances’ but has apologized for making anyone feel ‘uncomfortable.’

Calls continue to grow for him to resign from both Republicans and those in his own party as his office is also under investigation over the COVID-19 nursing home deaths scandal. 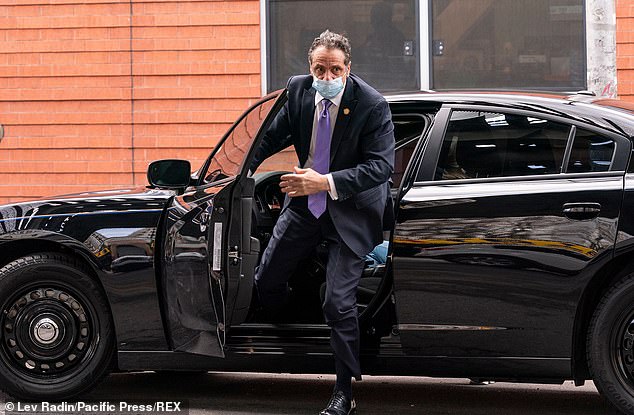 DeRosa’s name has now cropped up in relation to both the sexual harassment and nursing home scandals as she made a bombshell confession last month that the state had withheld the damning data on the number of COVID-19 deaths in the long-term care facilities across New York.

Now, she has been accused by some of Cuomo’s accusers of making ‘intimidating’ phone calls after allegations of sexual harassment first surfaced and is said to have been involved in drafting a letter to tarnish the reputation of one of his accusers.

DeRosa has not been accused by the AG’s office of any wrongdoing in the sexual harassment probe and lawyers for the Cuomo administration said subpoenas are standard practice in investigations of this nature.

‘No one should be surprised that the AG’s office is issuing requests for documents and interviewing witnesses, including many who work for the governor,’ Attorney Paul Fishman told the Journal.

‘That happens in every investigation, and it’s wildly premature to speculate what it means. Good, thorough, and fair investigations take time.’

But one of Cuomo’s accusers, 35-year-old Ana Liss, told the Journal she was specifically asked by investigators in James’ office about her dealings with DeRosa who was Cuomo’s director of communications when Liss was his policy and operations aide from 2013 to 2015.

‘They were trying to figure out if I was targeted by Melissa,’ she said.

Liss said she told investigators she didn’t deal with DeRosa much at the time.

Liss has accused the governor of subjecting her to unsolicited advances, including touching her lower back, kissing her hand and quizzing her about her love life during her tenure in his office.

Last week, Liss revealed Cuomo was not the only person in the administration who came up in her discussions with state investigators for ‘offensive conduct.’ 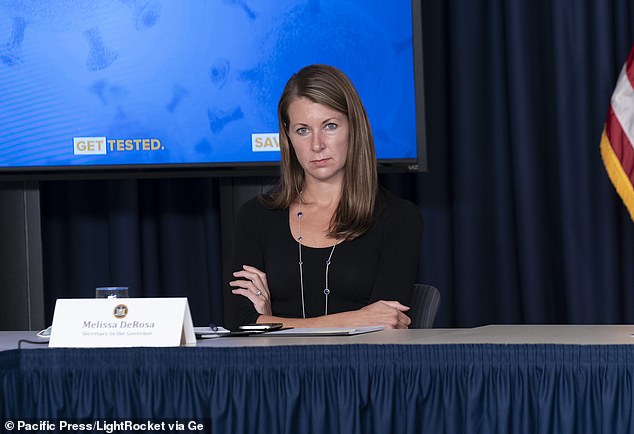 Sources told the Wall Street Journal several aides in the governor’s office have been ordered to hand over documents to investigators. DeRosa (pictured), secretary to the governor, was reportedly among those subpoenaed

‘Sexual harassment on the Governor’s behalf is a significant piece of the investigation, but he neither is nor was the only person in the administration responsible for offensive conduct,’ she said in a statement, per CNN.

She gave examples including ‘scatological name-calling’ and ‘outright objectification of women’s bodies’ as she described ‘a toxic, verbally abusive, retaliatory workplace, especially for young women like myself.’

She said she told James’ office about ‘instances of unsolicited attention paid to me by the governor and the sexually hostile work environment perpetuated by him and senior staff.’

Her comments were echoed by fellow accusers Charlotte Bennett and Lindsey Boylan who said they were also questioned about the actions of his senior aides to determine if they enabled his inappropriate behavior, retaliated against his accusers and handled the complaints correctly. 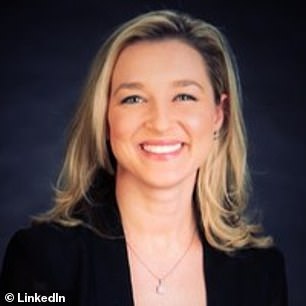 One of Cuomo’s accusers, 35-year-old Ana Liss, said she was specifically asked by investigators in James’ office about her dealings with DeRosa

Liss did not name the ‘senior staff’ she said perpetuated the ‘sexually hostile work environment.’

However she confirmed she had been asked about a phone call she received from Cuomo’s Senior Adviser Rich Azzopardi back in December when the first accuser Lindsey Boylan came forward to level accusations against the governor.

Calls were made from Cuomo’s office to six former employees asking them about Boylan after accusations against Cuomo first emerged.

DeRosa was one of the aides said to have contacted the staff members.

Azzopardi has said the calls were merely made to former staffers to check in if they had heard from Boylan.

‘After Ms. Boylan’s tweets in December, she, and her lawyers and members of the press began reaching out to former members of the Chamber, many of whom never worked with her,’ he said in a statement.

‘Those former members of the Chamber called to let various staff people know and convey that they were upset by the outreach. As a result, we proactively reached out to some former colleagues to check in and make sure they had a heads up.

‘There was no directed effort – this outreach happened organically when everyone’s phone started to blow up.’

But Liss said the calls were intimidation tactics: ‘I felt intimidated, and I felt bewildered.’

Boylan, who worked for Cuomo’s team from March 2015 to October 2018, was the first accuser to come forward back in December.

She accused the governor of unwanted advances including an unsolicited kiss on the lips and him suggesting they play a game of strip poker. The governor has denied these allegations. 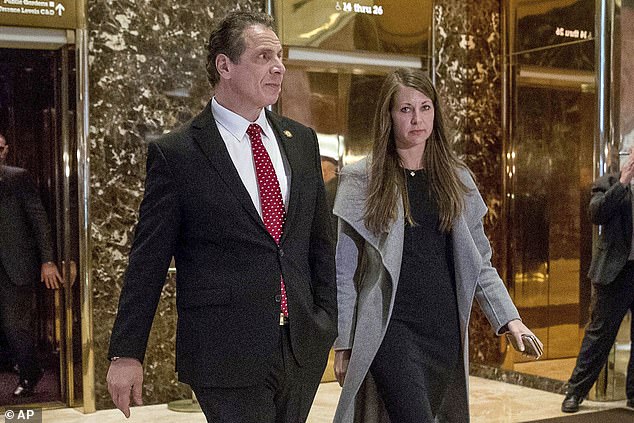 DeRosa’s name has now cropped up in relation to both the sexual harassment and nursing home scandals as she made a bombshell confession last month that they hid the damning data on the number of COVID-19 deaths in the facilities across the state. Pictured with Cuomo

When the allegations surfaced, Cuomo’s office released her personnel records, which included disciplinary recommendations against her.

‘Weaponizing a claim of sexual harassment for personal political gain or to achieve notoriety cannot be tolerated,’ one version of the letter read, according to the New York Times.

The letter, which was never released, also tried to tie her to Donald Trump saying her allegations arose after she was ‘supported by lawyers and financial backers of Donald Trump: an active opponent of the governor.’

DeRosa was also said to be among the small inner circle of aides responsible for drafting the letter which Boylan said was done to smear her.

Cuomo’s counsel Beth Garvey said the release of Boylan’s personnel records ‘is within a government entity’s discretion’ to do ‘including in instances when members of the media ask for such public information and when it is for the purpose of correcting inaccurate or misleading statements.’ 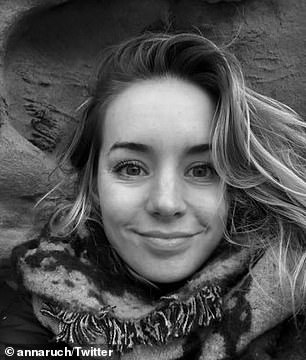 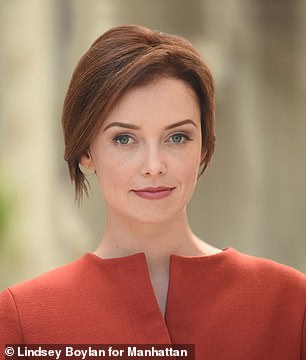 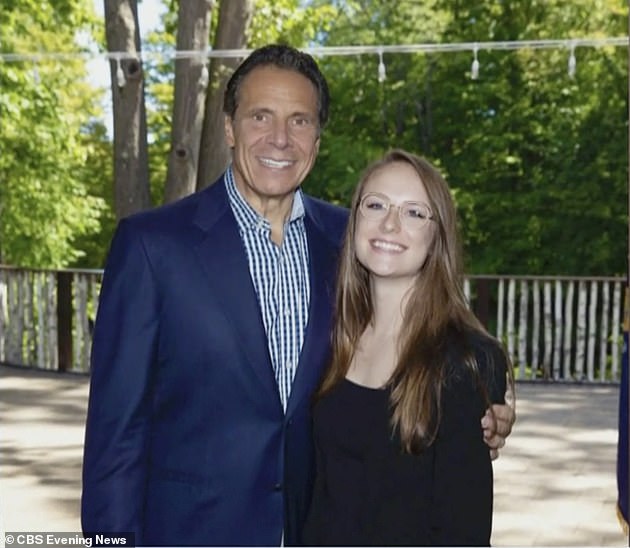 Charlotte Bennett, 25, accused Cuomo of propositioning her in his office in June 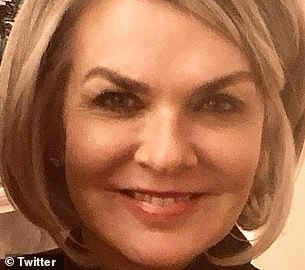 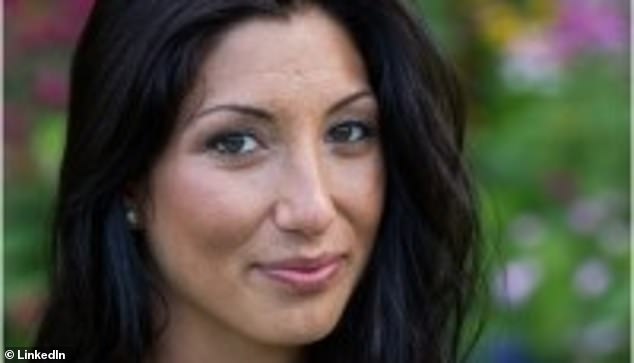 Alyssa McGrath said Cuomo ogled her body, called her and her co-worker ‘mingle mamas’ and asked about her lack of a wedding ring as well calling her beautiful in Italian

DeRosa, who has worked in state politics for almost two decades, also found herself at the center of the nursing home deaths scandal last month when she admitted in a call with Democratic state legislators that officials ‘froze’ in August when then-President Donald Trump‘s Department of Justice asked for data on the number of nursing home residents who died from the virus.

DeRosa said on the call that the state then hid the damning data and rebuffed the request.

DeRosa then walked back her claims insisting the state was ‘comprehensive and transparent’ with the DOJ.

‘I was explaining that when we received the DOJ inquiry, we needed to temporarily set aside the Legislature’s request to deal with the federal request first,’ she said.

‘We informed the houses of this at the time.

‘We were comprehensive and transparent in our responses to the DOJ, and then had to immediately focus our resources on the second wave and vaccine rollout.’

She added: ‘As I said on a call with legislators, we could not fulfill their request as quickly as anyone would have liked. 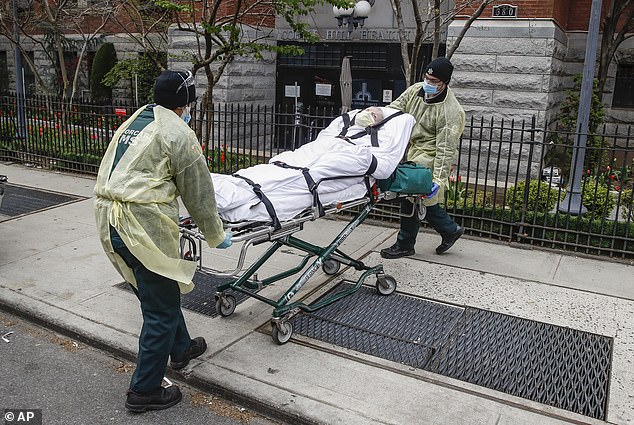 ‘But we are committed to being better partners going forward as we share the same goal of keeping New Yorkers as healthy as possible during the pandemic.’

Her comments came just two weeks after the AG revealed Cuomo’s office had grossly downplayed the number of nursing home deaths by around 50 percent.

Earlier this month, sources said DeRosa and other top officials successfully pushed state health officials to alter the death data in a report before it was released to the public in July.

The final version released to the public put the figure at 6,432.

A separate federal probe is now looking into the state’s handling of COVID-19 in nursing homes and the release of the data.

DeRosa, who sometimes appeared alongside the governor at his Emmy-winning press conferences last year, told the Journal she didn’t sleep during the pandemic because she was working long hours and cared so much about her work.

‘The last thing I would do in my day is call family members of healthcare workers who died and tell them I’m sorry for their pain, and then close the door, lay on the floor and cry,’ she said.

‘I am not the one-dimensional person that has been portrayed in the press.’

Azzopardi also praised DeRosa in a statement: ‘Melissa is the exact same person behind the scenes as she is on camera—tough, hardworking, brilliant, meticulously prepared, and always fighting to improve the lives of New Yorkers.’

DeRosa was appointed to the position of governor to the secretary in 2017, four years after she joined his office in 2013.

Prior to this she worked as deputy chief of staff to then-Attorney General Eric Schneiderman.