‘It was really tough in India but now I’m ready to bounce back’: Ollie Pope ready to put injury setbacks behind him starting with first Test against New Zealand as he targets a ‘big impact’

By Paul Newman for the Daily Mail

Ollie Pope has cast his mind back to what made him a great batsman in the making, in an attempt to put the spin ordeal in India that halted England’s Test revival behind him.

The bright young thing of England’s Test batting suffered as much as anyone at the hands of Ravichandran Ashwin and Axar Patel, averaging just 19 in four Tests on the extreme turning pitches that helped India rush to a 3-1 series victory.

Now Pope wants to put that setback and the second serious injury to his left shoulder behind him to get back on track, starting against New Zealand at Lord’s on Wednesday and in the return series against India that follows later this summer.

‘I’ve tried to remember what made me successful and what I do when I’m at my best,’ said Pope, who is averaging 61 in a prolific start to the season with Surrey.

‘I do that by trying to take the pressure off myself. I’m easing into things rather than attempting to do everything perfectly. I’m just enjoying my training and being as consistent as I can with my preparation. That will hopefully show on the pitch.’

It was in South Africa 18 months ago that Pope announced his international class by becoming England’s youngest Test centurion since Sir Alastair Cook. But those predictions of greatness and comparisons in style to Ian Bell have sometimes weighed heavily on the fragile shoulders of a Surrey protege who has been unable so far to add to that Test century in Port Elizabeth.

‘You do get questioned a lot when things don’t go well and that’s fine but I’ve tried to block that out and worry about the here and now, not what I could be in the future,’ Pope told Sportsmail. ‘I’m still only 23 but I want to have a big impact now. 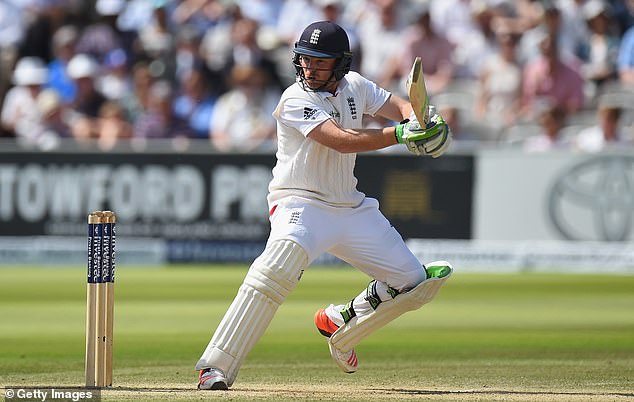 ‘India was as tough as it gets from a batting point of view facing spin. We turned up the day before a game and could see how quickly the pitch was going to break up. That was a new experience for me but it’s in the bank and lessons have been learned from it.’

Pope knows the time has come for him to start delivering consistently on his rich promise.

‘It’s a big summer ahead now,’ he said. ‘I’m still starting out to an extent but I’m very excited about what’s in store. That’s why I was looking forward to this block of county matches to try to get back to feeling my best and giving myself the best chance to be successful.’

The problems with Pope’s shoulder have not helped. He first dislocated it playing for Surrey against Essex in 2019 and did the same damage diving in the outfield in the final Test against Pakistan last summer. It meant he missed the two-Test series in Sri Lanka. 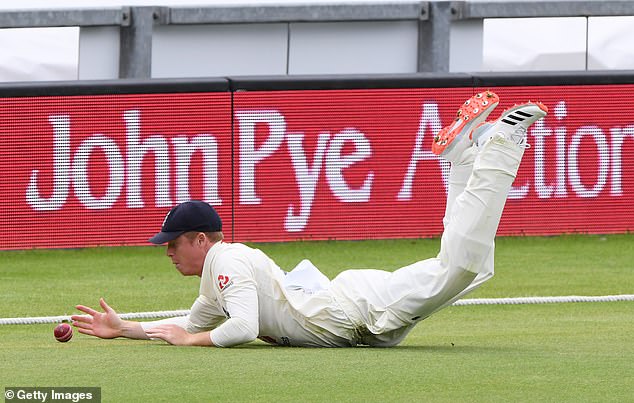 ‘It was incredibly frustrating but the only positive is that I did it right at the end of the Test summer,’ said Pope. ‘It could have been a lot worse in terms of timing but to go through that whole five-month rehab process for the second time had its challenges.

‘There were long days in the gym but as long as you deal with those things in the right way they do make you a stronger person and that can show in your cricket.’

The worry was that Pope had developed a weakness after hurting himself in exactly the same way.

‘The first time it was a massive dive and I landed on my side and it popped out and stayed out. This time I slid for a ball and it just popped out and in but it did the same damage. It wasn’t as painful but I had to have a bigger operation this time.’ 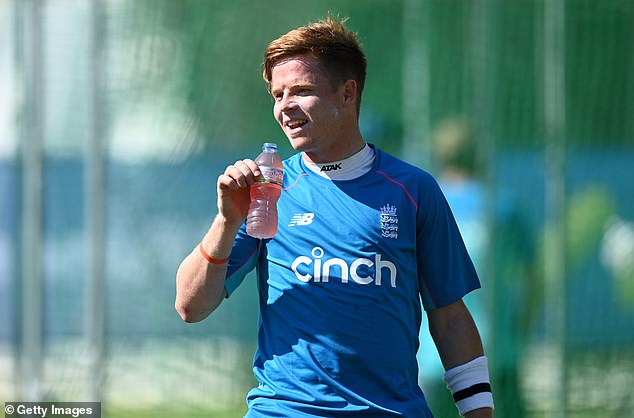 The good news is that, following that second operation, the shoulder is as good as new. ‘It should be done now,’ he said. ‘I’ve got a bone block at the front of it which means it should be stronger technically than my right one.

‘I’ve just lost a little bit of range. It’s not my throwing arm so that doesn’t matter too much. I’ve been back fielding normally for Surrey. I’m a bit more cautious but it doesn’t stop me from diving for any balls or anything.’

So the stage is set for the real Pope, who is set to bat at five at Lord’s in the absence of Ben Stokes, to live up to those lofty expectations — in particular those comparisons with the silky stroke-making of Bell.