A Queensland couple have been charged after failing to treat their starving dog named Roman for worms after he was found with bones protruding from his body for months.

Pet owners Lauren, 26, and Christian Sethi, 27, pleaded guilty on Wednesday to one count of failing to treat disease or injury to their emaciated bull arab cross which contributed to the pooch’s worsening condition.

Roman was removed from his owner’s home in Caboolture in northern Brisbane after the RSPCA found the dog starved and positive for hookworm. 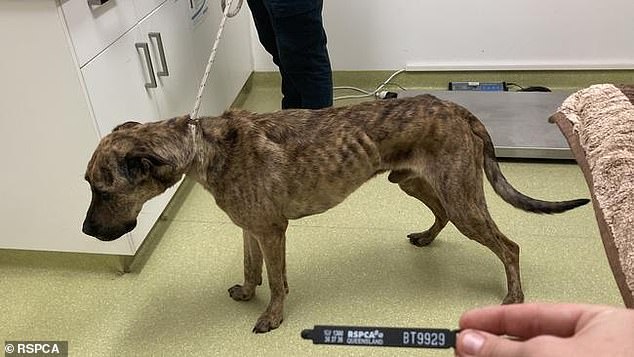 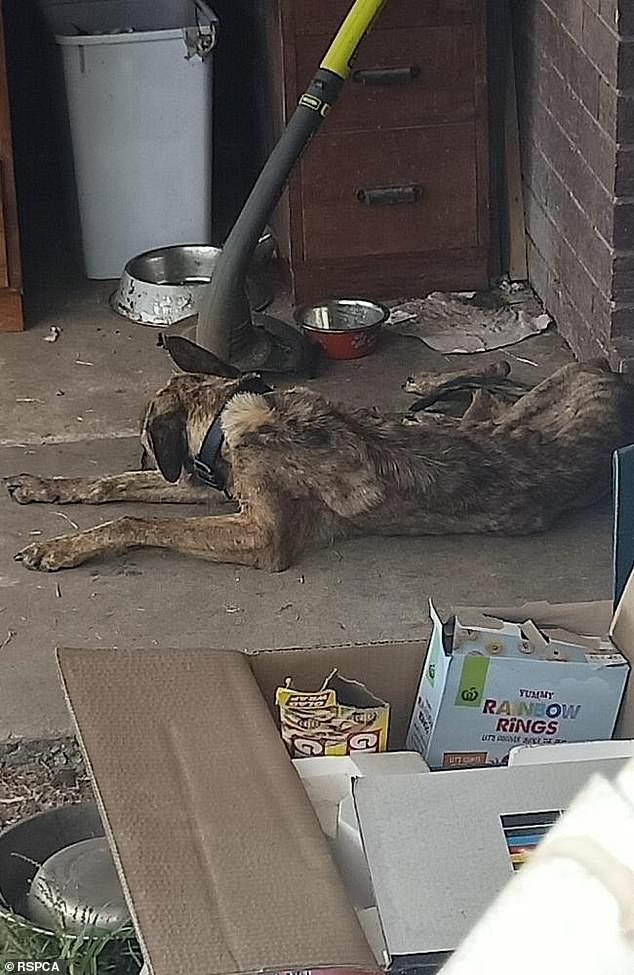 The RSPCA told the Caboolture Magistrates Court that Roman weighed 21.7kgs – 13kg short of a healthy weight range – despite his owners arguing they fed him two cups of dog biscuits twice a day.

A veterinarian assessment proved that the bull arab cross was emaciated with a score of one – where the number one is considered emaciated and nine is obese.

The couple said their dog had always had a lean figure but veterinarians argued that Roman would have been in his ‘sad’ condition for months.

The sickly pooch gained almost 10kgs once he was placed on a feeding plan under the care of the RSPCA.

Magistrate James Blanch said the couple had no previous RSPCA history and were ordered to each serve 75 hours of community service.

The pair had no convictions recorded but were also placed on an 18-month animal ownership prohibition order and will pay $1800 each in costs. 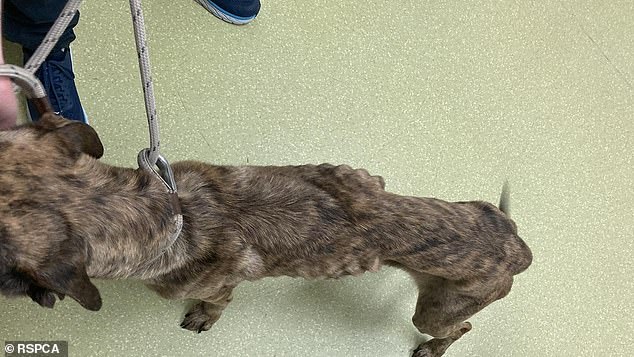 Roman, a bull arab cross, was found by the RSPCA with bones protruding from body (pictured)